President Donald Trump on Monday suggested Congress should consider “marrying” gun control legislation with immigration reform, following two mass shootings in which 29 people were killed in less than 24 hours — one of which happened in the border town of El Paso, Texas, where several Mexican citizens were among those killed.

“Republicans and Democrats must come together and get strong background checks, perhaps marrying this legislation with desperately needed immigration reform,” Trump said in a pair of early morning tweets. “We must have something good, if not GREAT, come out of these two tragic events!”

Following the shootings, Trump told reporters Sunday that “perhaps more has to be done” to address gun violence, but he added that “we have actually done a lot.”

The President has not pursued a comprehensive reform of U.S. gun laws. However, his administration has banned rapid-fire bump stocks, a device that was used by the shooter who killed 58 people at a Las Vegas country music festival in 2017.

Read more: 37 years of mass shootings in the U.S. in one chart

In the wake of this weekend’s shootings, Democrats have renewed calls for greater gun control, including background checks. The Democrat-controlled House approved legislation requiring background checks for all gun sales in February, but that bill has stalled in the Senate. Democrats are now calling upon Senate Majority Leader Mitch McConnell to revive the legislation.

Meanwhile, Trump has struggled to fulfill promises from his 2016 campaign to overhaul the U.S. immigration system, including a plan to introduce a more merit-based process and the construction of a wall on the southern border with Mexico. At the end of 2018 into 2019, an impasse over funding for the border wall led to the longest government shutdown in U.S. history, at 35 days. Trump in February declared a national emergency in order to divert resources for building a border wall.

Some candidates for the Democratic presidential nomination, including former Texas representative Beto O’Rourke and New Jersey Senator Cory Booker, have sought to link anti-immigrant rhetoric used by the President to this weekend’s shootings. A white nationalist manifesto reportedly published online by the suspected shooter in El Paso called the attack a response to “the Hispanic invasion of Texas,” mirroring language sometimes used by the President and others. 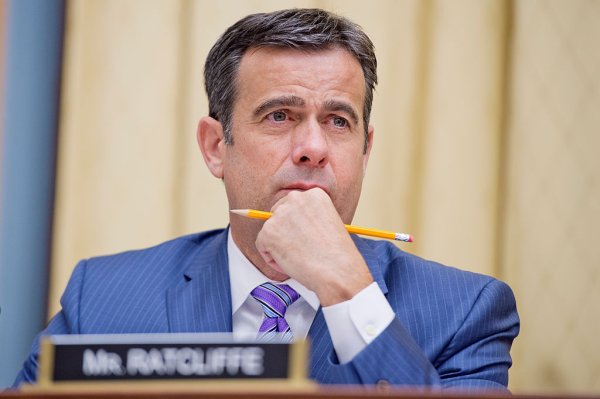 Trump Drops Ratcliffe as Pick for Top Intelligence Job
Next Up: Editor's Pick