Gun Deaths in the U.S. Are at Their Highest Rates in Decades, CDC Says

Gun deaths in the U.S. have reached a record high, according to new data from the Centers for Disease Control and Prevention (CDC).

The new data comes as a community in Newtown, Conn. reckons with the sixth anniversary of the 2012 shooting at Sandy Hook Elementary School, during which 20 children and six adults died. Tim Makris, co-founder and managing director of Sandy Hook Promise, a group that formed in the wake of the shooting to prevent gun-related deaths, issued a statement calling the CDC results “heartbreaking and beyond unacceptable.”

Makris noted that the number of school shootings and minors who have been fatally shot continued to rise in 2018, citing research from the U.S. Naval Postgraduate School, which said there were about 96 school shootings this year. (That number can fluctuate depending on how it’s counted.)

“After the shooting at Sandy Hook Elementary six years ago today, so many people overwhelmingly said ‘not one more,’ yet over 3,200 youth and teens have been killed or injured by gun violence this year alone — including more than 90 incidents at schools,” he said. “This is the biggest spike that we have seen in a decade.”

But while mass shootings get headlines and result in calls for action, they are not the sole, or even primary, cause of the uptick in gun deaths. Instead, suicide is driving the increase of overall gun deaths in the U.S., according to the CDC’s statistics. That’s leading doctors and researchers to increasingly view gun violence as a public health issue.

The findings show that common perceptions about gun violence are at odds with its actual impact. For example, many people mistakenly assume that gun violence is predominantly an issue facing young men and men of color, says Dr. Garen J. Wintemute, an emergency medicine specialist at UC Davis Health. While homicide deaths by guns were the highest among black men in 2017 compared with other demographics, that number does not take into account that, overall, most firearm deaths are suicides—which by and large affect middle-aged and elderly white men.

“The general perception is that it’s not an old white guy problem, but that it’s more of a crime issue,” says Wintemute. “It has made it hard to attack the problem. Much of society thinks, ‘it’s not my problem.’ But we all have a stake in this.”

Firearms are exacerbating the suicide rate because of their wide availability in the U.S. and their relative efficacy compared to other methods, says David M. Studdert, a health law policy expert and professor at Stanford University. “The chances of dying of suicide by gun are very high,” he says. “Women attempt suicide more than men, but they have far lower rates because they employ less lethal means.”

Suicide itself is often misunderstood by the general population, Studdert contends. People often assume that a suicidal person will do anything to kill themselves, but the reality is that many people attempt suicide without success and go on to live their normal lives. “It’s often a very impulsive act,” he says. “Whatever is on hand in that moment is going to have an important role.” Wintemute agrees. “Guns are unique in the combination of lethality and ease of use,” he says.

That knowledge can give doctors, researchers, and advocates a chance to reduce both gun violence and suicides. Wintemute, who has worked in emergency rooms for decades, says he works to persuade doctors to talk about guns with patients who seem at risk for carrying out violence, whether the target is themselves or others. He also recommends that in these situations, patients find ways to separate themselves from their weapons.

In his statement, Makris noted that gun violence can be prevented if people try to spot risky behaviors in individuals and intervene on time. “It’s time we turn these alarming statistics around so that no other parent has to feel the unimaginable pain of losing a child to gun violence,” he said.

The National Rifle Association, which came under harsh criticism in November for telling doctors who spoke out against gun violence to “stay in their lane,” did not immediately comment on the CDC’s findings. The organization on Wednesday tweeted that “gun control laws are not the answer.”

“If we want to prevent more horrific acts of violence our leaders need to stop demonizing the mend and women of the NRA and find solutions that will save lives,” the group said. 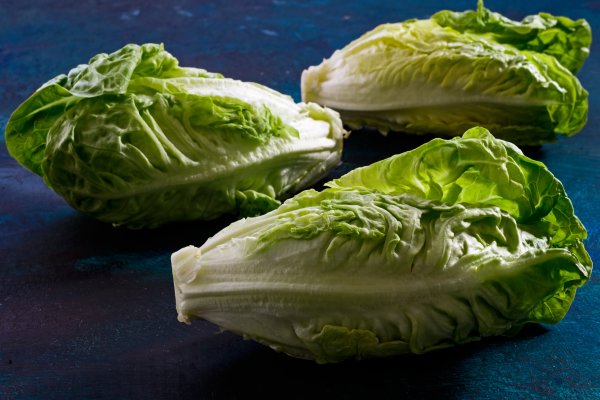 Officials Pinpoint 1 Source of Contaminated Romaine
Next Up: Editor's Pick