Even after half a century, people still don’t know much about the little broken switch that nearly stranded Neil Armstrong and Buzz Aldrin on the lunar surface in July of 1969.

No one will ever be certain how the switch broke, but Aldrin is pretty sure it happened after he and Armstrong reentered the lunar module following their two-and-a-half hour moonwalk. The flight plan called for them to seal the hatch, repressurize the cabin, disconnect their backpacks and connect their suit hoses to the spacecraft’s life support systems. Then they would vent the cabin once more, open up the hatch and chuck the backpacks and other unneeded equipment onto the moon’s surface, reducing the weight of the ship for liftoff.

They’d practiced the routine uncounted times, but in all of the shifting and moving and garbage-tossing this time, one of the astronauts banged something or other against Aldrin’s side of the instrument panel, snapping off the switch that sent power to the ascent engine. Without power, the engine wouldn’t light and the crew would go nowhere, leaving Michael Collins, orbiting overhead in the Apollo command module, to fly home alone. Aldrin spotted the problem after they had shut the hatch once more and he looked out the window.

In Houston, engineers scrambled to find a workaround that would reroute power to the engine without the switch, but after several hours, they had nothing. In the end, the solution was wonderfully simple, wonderfully crude. The stem of the switch was still visible, recessed inside the small hole remaining in the instrument panel. It was far too small a hole for a finger. But a pen—a felt tip to prevent the risk of a metal-on-metal short—might do just fine. Aldrin had one and he used it, and on the pivot point of a fifty-cent bit of plastic nothing, history turned and the lunar module lifted off.

We’re contemplating that history a lot this week, as the world celebrates the half-century anniversary of Apollo 11—and there’s nothing wrong with that. But celebrating history is, by definition, a backward-looking exercise—a fond one, but backward all the same. Yet, tantalizingly, there is a lot of looking forward too: to a robust competition to return to the moon and explore deeper in space. This week’s TIME cover takes a deep dive into the new moon race. And in the future, we’ll be looking at some of the other players in the space game—India, Japan, the European Union, and more. All over the world, countries are looking at ways to move beyond the world. It’s an exciting time for space dreams.

For the 50th anniversary of Apollo 11, the Immersive Experiences team at TIME created a truly amazing augmented reality project that recreates the moon landing. It lets you experience the landing from either the lunar surface or inside the lander itself, and was built on a unprecedented data set that John Knoll of Industrial Magic and Light has been working on for 20 years, so every detail is accurate. It really is worth a download: get it here for iPhone and here for Android.

CHART OF THE WEEK

In 1959, the U.S.S.R. drew first blood in the Cold War space race with the U.S.: in that one year, the Soviet’s Luna 1 became the first spacecraft to reach the moon. Luna 2 was the first to reach the lunar surface, and Luna 3 sent back the first images of the dark side of the moon. In 1966, Roscosmos—the U.S.S.R.’s space agency—made the first soft touchdown on the moon.

But in the late 1960s, NASA blew past Roscosmos with the Apollo program, with the first crewed mission to the moon and, of course, the Apollo 11 mission that enabled the first people to walk on the moon. From 1969 to 1972, 12 people—all Americans—walked on the lunar surface. Since then, not a single human has stepped foot on the Earth’s closest celestial neighbor. But in recent years, interest in reaching the moon again has picked up, with Japan, the European Space Agency, China, and India all making their first successful moon mission.

Click here for a much more in-depth, full-screen version of this chart.

Did he say what we think he said? Neil Armstrong’s “One small step” line is one of the most famous recorded sentences in American history, and so it’s no surprise that there has been so much scholarship on it. What is surprising is how little agreement there is about it—how Armstrong came up with it, what it really meant to him, if it has been misquoted for years. TIME’s Olivia Waxman explains what we know and don’t know about the line.

The next moon boots will be worn by a woman. NASA has vowed that the next time it puts astronauts on the lunar surface, at least one of them will be a woman. The Los Angeles Times did a nice job of rounding up and profiling in miniature the likeliest candidates: the 12 women in NASA’s active astronaut corps (there are currently 26 men).

The old moon boots were designed blindly. Before the Apollo missions, NASA had no samples of moon soil, or really much of an idea of what the surface was actually like. It could have been quicksand, for all we knew. The famous moon boot sole print was the result of an answer to that design challenge, solved by a model maker in Connecticut.

Cold War hero or whitewashed Nazi villain? That’s the question Alejandro de la Garza takes on in a smart, thoughtful piece on how historians reckon with iconoclast Wernher von Braun today. What the heck are we to do with the fact that one of the people most responsible for selling the dream of an American flag on the moon was also behind one of the most fearsome weapons of the Nazi military, the V-2 rocket?

IMAGE OF THE WEEK

I know we shared one of David Burnett’s images of the 1969 Saturn 5 launch in the last newsletter, but they’re so good, we wanted to share one more.

"At around dusk," says Burnett, "NASA put the lights of the launch pad on."
David Burnett —Contact Press Images for TIME

Check out more of these wonderful, rarely-seen images. 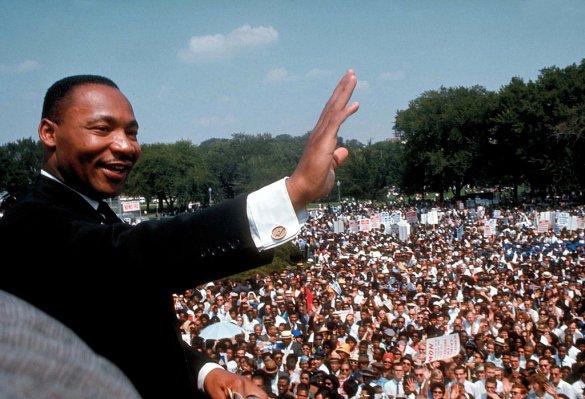