Here's Every Single Mission to the Moon in One Chart

View, during NASA's Apollo 12 mission, of the 'Intrepid' Lunar Module as it descends to the surface of the moon, November 19, 1969.
Interim Archives—Getty Images
By TIME Staff

Humans started to work in earnest to get to the moon in the 1950s, when the U.S. and U.S.S.R. initiated a bracing Cold War space race. The Soviets drew first blood in 1959: in that one year, Luna 1 became the first spacecraft to reach the moon. Luna 2 was the first to reach the lunar surface, and Luna 3 sent back the first images of the dark side of the moon. In 1966, Roscosmos—the U.S.S.R.’s space agency—made the first soft touchdown on the moon (every other mission to reach the lunar surface to that point had ended with a violent impact).

But in the late 1960s, NASA blew past Roscosmos with the Apollo program, with the first crewed mission to the moon and, of course, the mission that enabled the first people to walk on the moon.

From 1969 to 1972, 12 people—all Americans—walked on the lunar surface. Since then, not a single human has stepped foot on the Earth’s closest celestial neighbor. For decades, human space exploration mostly ignored the moon in favor of low-Earth orbit efforts like the International Space Station. But in recent years, interest in reaching the moon again has picked up, with Japan, the European Space Agency, China, India, and Israel all making their first forays to lunar orbit.

In the graphic below, you can see the entire history of human missions—successes and failures—to the moon. 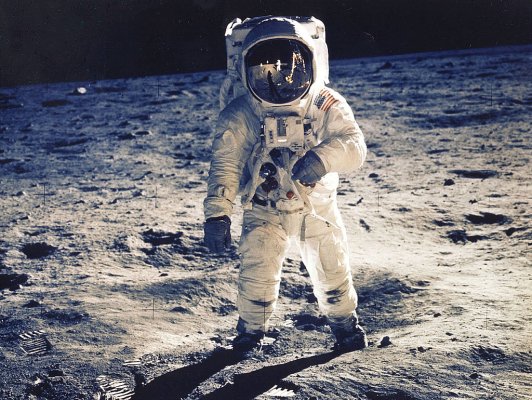