‘The Tears Were Real.’ Ryan Murphy and Janet Mock on Pose’s Most Emotional Episode Yet

Warning: This piece contains spoilers for the episode of Pose that aired Tuesday, July 9.

Pose has always been an emotional roller coaster, constantly swooping from the giddy highs of ballroom triumph, young love and LGBTQ solidarity to the excruciating lows of poverty, discrimination, violence and the devastating early years of the AIDS crisis. But season 2 of the FX drama has been both darker and more revolutionary than its predecessor. The sense of foreboding that has permeated the season since it opened with House of Evangelista mom Blanca (Mj Rodriguez) and ball-culture eminence Pray Tell (Billy Porter) roaming the potter’s field at Hart Island escalated to high tragedy in Thursday’s episode, “Never Knew Love Like This Before.” Found dead in the motel room where she was apparently murdered, Candy Ferocity (Angelica Ross)—the meanest, scrappiest survivor in the ball scene—was mourned by a community that loved her, even if they didn’t always like her. And in a poignant, surreal twist, she got both the last word and the last dance.

The writer, director, producer and trans activist Janet Mock and Pose co-creator Ryan Murphy wrote the episode, which Murphy directed, together. At the show’s Bronx studio, the collaborators took a break from shooting to reflect on Candy’s swan song, the experience of making the episode and the devastating epidemic of violence against trans women of color.

I have to start with the obvious question: Why Candy?

Janet Mock: “Why Candy?” was a fight we had in the writers’ room. None of us wanted to give up any of these five trans women who are at the center of our show. So we had a difficult conversation. We had to lose someone who was beloved so that everyone could truly go through the grieving process. And Candy is our most rambunctious, aggressive fighter of a character. She’s the one who takes risks. She’s the one who storms the ballroom floor with a hammer. A lot of people’s first reaction when they see Candy in that closet is: “It’s not real. This show doesn’t do that.” But it’s like, “No, we’re going there and you have to watch and you have to deal. Because that’s what people deal with every day when they lose their trans sisters.”

Ryan Murphy: In the back of our minds, we always knew we wanted to write about the truth. But we felt that before we did that, you had to know the characters, so that it didn’t feel gratuitous. We hoped to put something out that would be a conversation point—and I think we succeeded. The thing that is so frustrating is that all of these deaths, which go uninvestigated, are a headline for maybe one news cycle. And then they’re gone, and you never find out what happened. The killers are never caught. Nobody really cares because these are people living on the margins.

Mock: We also wanted to showcase Angelica. When Ryan had this vision for the episode, we knew it would require an actress who could do all these different things—not only be in that closet and that casket, but also have the conversation we all wish we could have with our parents, no matter if you’re LGBTQ or not. We all want our parents to love us as we are, as we know ourselves to be.

That moment when Candy speaks to her mom and dad is so powerful. How did that scene come about? And what do you hope parents of LGBTQ kids will take from it?

Mock: The great fantasy is that Candy’s only able to have that conversation when she’s gone. So I hope it’s a call to action for parents who are watching—that they learn to embrace their children before it’s too late, and to also take responsibility. When you push your children out, you make them that much more vulnerable to violence, to suicide, to self-harming, to addiction, to all those different ills that can happen to a child who doesn’t have any support system.

Murphy: That scene was a gift to write with Janet. Both of our lives are in it. My father is in it because when I was three he bought me a Barbie Dreamhouse. I begged for it, and he was so ashamed, but he did it anyway—my 6’5’’ semi-pro-hockey-playing dad. But then he retreated from me and rejected me when I was older, and we came back together before he died.

The final scene was the first take from every actor. There was a funeral parlor full of people. Those actors got standing ovations from the crew, and everybody was crying. It was very cathartic. So many people on our show who are background players, who are LGBTQ people, said, “I wish my parents would talk to me like that.” The tears you’re seeing were real.

Ryan, how did you navigate shooting such emotional material—not just the grieving but also that culminating fantasy ball scene where Candy finally gets the respect she deserves from Pray Tell, the judges and her peers?

Murphy: I knew it was going to be an experience for the women of our show, and it was. They had to put themselves through scenarios and feelings that they didn’t want to feel anymore. We just tried to make sure it was a safe set. Everybody had their space. We talked a lot. We rehearsed a lot. Then sometimes we would just do it. When Angelica had to be in the closet, dead, we just said, “OK, let’s get through this.” She was shattered, but she kept it together. It was cathartic in its way, because everybody felt that they weren’t alone. The thing I loved most about directing the episode was how many times I would come in with an idea and the actress would have a different one because she had lived it. In the funeral parlor, when Indya Moore [who plays Angel] had to go up to Candy in the casket, she said, “I think based on what I’ve gone through that I would want to touch her.” Every day there was a moment like that.

As for the musical number, I was very involved in the construction of the funeral parlor set, and I knew that I wanted the casket just to roll out onto the dance floor. We spent months on that one shot. How do you open up that wall? How do you get the casket low enough to go through those wall with pallbearers who were, like, 6’2’’? But that was equally emotional because Angelica had the moment where she went to all of the cast members and said goodbye. She is such a great performer. I think she was thrilled just to project joy—the triumph of that character’s life.

There are so many parallels between Candy’s death and the real-life murder of Venus Xtravaganza, one of the most captivating figures in the classic ball-culture documentary Paris Is Burning. How did Venus’s story influence the episode?

Mock: We’re in conversation with the loss of Venus. Even the way Candy’s found in that hotel room is a direct homage to the image I assume [house mother] Angie Xtravaganza saw when she found her daughter. I hold Paris Is Burning close to my heart. These extraordinary people mean so much to me because they were documented [in the late 1980s] and we got to see them live their lives out loud in a beautiful film. But for me, one of its great injustices is the under-explored death of this protagonist. We see this young woman sitting on a bed, talking about her dreams and her wishes. And then she’s almost a footnote at the end of the film. I think that speaks to the ways in which we discard trans women. As I was writing the script with Ryan, [it was important to me] that we show a whole community of people showing up for Candy.

Murphy: We also talked about Marsha P. Johnson: Also a victim of violence. Also discarded, found floating in the river. Also no investigation of the murder. That’s the sad thing: We can point to so many inspirations for this story. If it was any other segment of society, people would be more upset and more demanding of answers. But more important than the death is exploring how this community deals with it when they don’t have any rights or privilege. Even the simplest thing, like how do you get an unclaimed body back? That’s rough stuff. The aspirational piece is that they do get the body because LGBTQ people are everywhere.

In a tragic coincidence, Layleen Polanco—another young trans woman who was part of the still-thriving House of Xtravaganza—died at Rikers Island just days before Pose aired its season 2 premiere. How did that loss affect the cast and crew?

Mock: Indya and I and Angelica went to the gathering and demonstration that happened a couple weeks ago.

Murphy: Right when we had finished shooting episode four.

Mock: Yeah. So it was too much of a direct link for us. We were all shaken. We’re on a group text together and talking about it: “How can we show up?” [Current house father] Jose Xtravaganza is our consultant, and he and his whole family were up there [at the demonstration] and they were grieving and it was so sad. It propels us to continue to do the work, but it is emotionally exhausting. We want answers for Layleen. We want a proper investigation for her and for all of the women who’ve been held in custody and the women on the streets who are made all too vulnerable to this sort of violence. I hope that this episode can not only be a memorial, but also a great call to action. 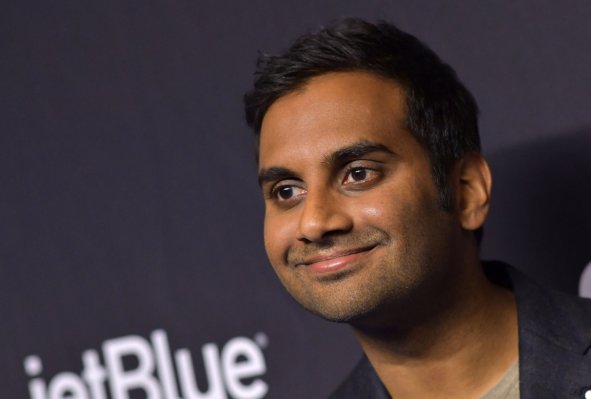