Every June, members of the LGBTQ community and allies celebrate Pride Month. While many honor Pride by attending parades throughout the world, others may choose to celebrate by learning more about the movement and the rich history behind it.

This year marks 50 years since the Stonewall Uprising of 1969, when LGBTQ patrons of New York City’s Stonewall Inn rioted in response to a police raid. Though it was not the first demonstration of its kind, the uprising marked the beginning of a new era of activism that has, over time, made greater recognition and visibility — and celebratory events like Pride — possible.

“The events at Stonewall inspired a new generation of LGBTQ people to become involved in politics personally and passionately, transforming the United States and the world,” Jason Baumann, author of The Stonewall Reader, wrote for TIME. Still, he writes, “There are numerous disagreements about the participants involved, levels of violence, the reasons behind the conflict, and how and why things changed.”

The events of Stonewall are just one of the crucial moments explored in a wealth of documentaries that explore the dimensions of a multifaceted history. In honor of Pride 2019, here are eight documentaries about LGBTQ history that you can stream right now.

Host Raymond Braun visits the communities of three U.S. cities — Salt Lake City, San Francisco and Tuscaloosa, Ala. — to speak with LGBTQ Americans about what pride means to them today. State of Pride is directed by Rob Epstein and Jeffrey Friedman, who were nominated for the Best Documentary Short Oscar for their 2018 short End Game.

When transgender activist and drag performer Marsha P. Johnson was found dead in the Hudson River in the summer of 1992, friends and fellow activists were shocked. But her death was ruled a suicide by New York City police, and the national media paid little attention. Years later, The Death and Life of Marsha P. Johnson explores her little-investigated death while celebrating her legacy as a pioneer, in the 1960s and beyond, of what would come to be called the LGBTQ rights movement. Directed by David France, the Oscar-nominated director of How to Survive a Plague (see below), this documentary also revisits the Stonewall riots, in which Johnson played an integral role.

In Kiki, New York City‘s present-day drag ball scene continues many the subjects and themes explored in Paris Is Burning, with today’s youth taking center-stage. Written and directed by Sara Jordenö and co-written by Twiggy Pucci Garçon, a leader in New York’s “kiki” community — an evolution of the ball room scene for a new generation — the joyous film presents this competitive dance world as a safe haven for LGBTQ youth in political landscape that’s changed significantly since the 1980s.

The Showtime documentary L Word Mississippi: Hate the Sin features interviews with lesbian couples who live in conservative areas of the Southern U.S., where they are often subjected to bigotry, homophobia and racism. Produced by Ilene Chaiken, co-creator of the television series The L Word, the film presents a personal look at many of the struggles faced by gay Americans in the 21st century, as devout religious leaders and community members protest the subjects’ marriages and unions.

David France’s How to Survive a Plague follows the activists who made it their life’s work to find treatment for the AIDS/HIV epidemic. Through hundreds of hours of archival footage and interviews, the movie focuses on the founders of the activist group Act-Up, which formed in 1987 in an effort to halt the AIDS crisis. The film chronicles how a passionate group of young people made real change as the U.S. government and drug companies languished in responding to the epidemic.

In Trembling Before G-d, queer members of observant Jewish communities discuss the hardships of coming out in an environment that, in many of their experiences, denies the validity of their identities. The award-winning documentary offers a unique look at people struggling to navigate religious beliefs that don’t sit comfortably with their sexual identities.

The acclaimed documentary Paris Is Burning explores the world of New York City drag balls in the mid-to-late 1980s. Jennie Livingston’s film, added to the U.S. National Film Registry by the Library of Congress in 2016, combines interviews and performances to tell the stories of several people central to the scene, highlighting some of the many nuanced ways in which class and race intersect with sexuality.

Before Stonewall: The Making of a Gay and Lesbian Community (1984)

The Emmy-winning documentary Before Stonewall explores the gay, lesbian, bisexual and transgender community prior to Stonewall, analyzing the beginnings of an era of activism. Featuring interviews with Allen Ginsberg and Audre Lorde, among others, Before Stonewall traces this history back to Harlem clubs in the 1920s through post-World War II America. This documentary presents some lesser-known moments from history while demonstrating how American attitudes towards homosexuality evolved leading up to and after Stonewall. 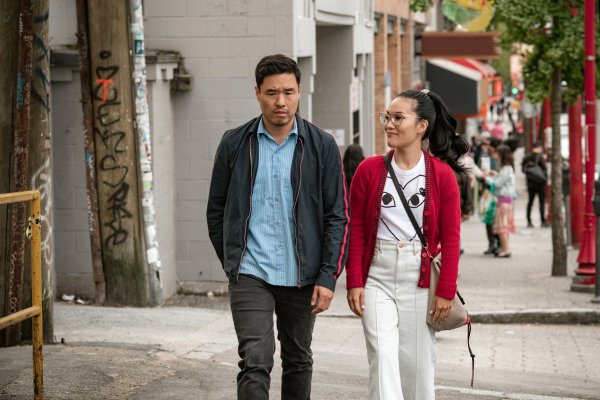 Review: Always Be My Maybe Is Maybe Almost Good. Is That Good Enough?
Next Up: Editor's Pick