It’s official: the newest members of the royal family are headed to Africa for a trip this fall.

Meghan, Duchess of Sussex and Prince Harry, Duke of Sussex will make their first official tour as a family, and the first major working trip for Meghan Markle since giving birth to royal baby Archie Harrison Mountbatten-Windsor last month.

The royals announced the news on their Instagram page — as is tradition — on Thursday. “The Duke and Duchess are really looking forward to meeting so many of you on the ground and continuing to raise awareness of the high impact work local communities are doing across the commonwealth and beyond,” the Sussex Royal caption said.

The caption closed by noting that it will be their “first official tour as a family,” suggesting that royal baby Archie would join along during the trip. The couple did not announce when exactly the tour begins.

In another post shared earlier on Thursday, the Duke of Sussex commented on a partnership between National Geographic and the government of Angola to protect the nation’s habitat and environment. Prince Harry, who has had a special connection with Southern African nations since he was a boy, said in the post’s caption that “uncontrolled fires, the bushmeat trade, unsustainable harvesting of the forest and rapid biodiversity loss are already destroying this incredible and delicate landscape.” It continued: “This is our one and only chance to save this magnificent last Eden.”

Prince Harry and Meghan last took a big trip in October of 2018, when they headed to Fiji to meet leaders. During that tour, the Duchess highlighted her feminist passions by meeting “people involved in women’s empowerment,” Kensington Palace wrote in a tweet at the time.

During the visit to Fiji, the Duchess gave a speech about women’s rights, saying that affording girls the right to education is “vital” in developing countries.

Meghan may take the opportunity to be vocal about issues facing Southern African nations they’ll visit, which include South Africa, Malawi, Angola and Botswana (though it’s not yet clear if Meghan and Archie would join Prince Harry for each leg of the trip).

The Duchess wrote an op-ed for TIME in 2017, before she married the Prince, about the importance of ending the stigma surrounding menstruation in sub-Saharan Africa and around the world.

Of the many causes this royal family is passionate about, bringing aid to those living with HIV and AIDS worldwide, specifically in developing African nations, remains high on the list. Prince Harry co-founded a charity in 2006, with Prince Seeiso of Lesotho, called Sentebal, which aims to help children with the illness and/or living in poverty in Botswana, Malawi and Lesotho. The Duke and Duchess have made visits to these countries multiple times in the last few years.

Prince Harry’s mother, the late Princess Diana, who was known as much for her advocacy as her general stardom, fought hard to end the use of landmines in Bosnia and Angola in addition to her philanthropic work to end the AIDS crisis.

Meghan Markle and Prince Harry recently split from the charity they ran with Prince William, Duke of Cambridge and Catherine, Duchess of Cambridge, to start their own organization. This trip may be one step in the direction of starting a new foundation in line with their own passions — and of following in Princess Diana’s footsteps. 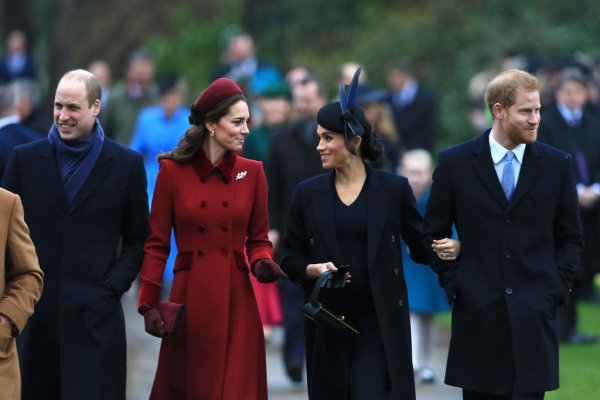 Why Prince Harry and Meghan Markle Are Leaving the Charity They Share With Prince William and Kate Middleton
Next Up: Editor's Pick