Following an October report that Prince William and Prince Harry were considering setting up separate courts, Queen Elizabeth II has reportedly agreed to the creation of a new royal household for Harry, Duke of Sussex, and his wife Meghan, Duchess of Sussex.

In a move that has reportedly been in the works since before Prince Harry and Meghan Markle’s royal wedding, it looks like William and Catherine, the Duke and Duchess of Cambridge, and Harry and Meghan will begin operating under two different offices — rather than the one they have shared since 2009 — this spring, People reports.

It’s unclear whether the separation will take place before or after the birth of Harry and Meghan’s first royal baby.

“This long-planned move will ensure that permanent support arrangements for The Duke and Duchess’s work are in place as they start their family and move to their official residence at Frogmore Cottage,” People reported, quoting a palace statement.

According to the Sunday Times, the brothers are setting up separate courts in order to reflect their “increasingly different responsibilities.” But the news comes amid reports of “tension” between the two couples. In December, Kensington Palace issued a rare statement denying a report of an alleged clash between Meghan Markle and Kate Middleton before Markle’s royal wedding took place in May. “This never happened,” a royal spokesperson told The Sun.

The palace previously confirmed that Meghan Markle and Prince Harry are relocating from Nottingham Cottage at Kensington, where Prince William and Kate Middleton live, to Frogmore Cottage on the Windsor estate. 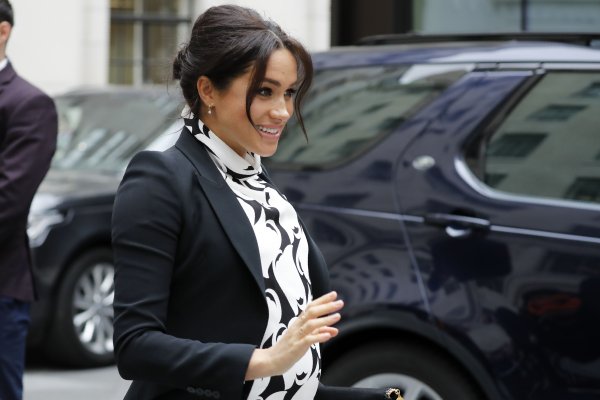 What Does Meghan Markle Do With All Her Royal Baby Gifts?
Next Up: Editor's Pick