How Iron Man's Legacy — and BARF Technology — Plays a Major Role in Spider-Man: Far From Home

Warning: This post contains spoilers for Spider-Man: Far From Home.

Iron Man haunts Spider-Man: Far From Home. The movie begins with a haphazardly constructed in memoriam for Tony Stark and the other fallen Avengers that plays at Peter Parker’s high school. Iron Man’s visage is pained on just about every empty wall space from Queens to Venice. Peter even inherits a pair of Tony’s signature sunglasses equipped with a technology called EDITH, a very Iron Man acronym for “Even Dead I’m The Hero.”

The movie centers on the question of who will replace Iron Man. Tony’s best friend Happy (Jon Favreau) and Avengers organizer Nick Fury (Samuel L. Jackson) push Peter Parker (Tom Holland) to try to fill Iron Man’s suit. Initially, Peter resists, seeking other heroes to fill the role. He clings to Quentin Beck (Jake Gyllenhaal) as a possible inheritor of the suit but also a replacement for the mentor and father figure Iron Man was to him.

Still, the audience knows it’s really Peter who is fated to take Iron Man’s place. The film keeps drawing parallels between Peter and Tony. Peter is shown with hair styled like Tony, wearing Tony’s glasses. He builds a new Spider-Man suit using Iron Man’s technology as the AC/DC song from the first Iron Man film plays in the background. Even their evolutions are the same, from men in pursuit of more selfish gains to men who evolve to act selflessly and heroically. (Though, admittedly, Peter’s desire to tell MJ that he likes her is much sweeter than Tony’s boozing and gambling.)

But the more negative aspects of Tony Stark’s legacy remain too: Gyllenhaal’s Beck reveals himself to be a jilted former employee of Tony Stark and turns out to be the primary villain of Far From Home. Beck joins a long list of men who seek to hurt the Avengers after their technological innovations are spurned by Tony or his father. In Iron Man 2, Mickey Rourke’s Whiplash tries to kill Tony because Tony’s father stole Whiplash’s father’s ideas. In Iron Man 3, Aldrich Killian becomes a supervillain after Tony declines to join his burgeoning tech company, humiliating him. And in Spider-Man: Homecoming, Adrian Toomes becomes the villain the Vulture after Stark Industries puts him out of a job.

For his part, Beck invented the incredibly-realistic hologram technology that Tony dubs BARF (Binary Augmented Retro-Framing) , which Tony uses during a presentation at M.I.T. in Captain America: Civil War. In that scene, Tony relives his last interaction with his parents explaining it’s an “extremely costly method of hijacking the hippocampus to clear traumatic memories.” He later calls it “$611 million for my little therapeutic experiment,” in a scene that’s replayed from Beck’s perspective in Spider-Man: Far From Home. Beck complains that Tony did not appreciate the possibilities of the technology and chafes at the dismissive “BARF” acronym.

Beck teams up with other employees who were belittled or dismissed by Stark to create the fake persona of superhero Mysterio. Beck and his team use ultra-realistic holograms of giant villains called Elementals, bolstered by hidden drones, to simulate fake fights between Mysterio and the Elementals, inflicting real damage on cities. Beck a.k.a. Mysterio hopes to gain Spider-Man’s trust and convince Spider-Man to give him the EDITH technology. With both BARF and EDITH, Beck endeavors to make Mysterio the heir apparent to Iron Man and the most powerful superhero in the world.

Beck offers a rousing speech to his compatriots about how irresponsible Tony Stark was — both in life as an egotistical playboy with an addictive personality and in death as he entrusts the world’s most powerful technology to a teenage boy ill-equipped to handle the responsibility. He has a point. In the months since Avengers: Endgame hit theaters, audiences (and, it turns out, the characters in the Avengers universe) have embraced Tony as a hero who sacrificed his own life, a generally happy one, to save the universe. Beck’s perspective challenges that view.

Ultimately, however, Beck is a foil to Tony Stark and ends up reminding Peter and the audience of Iron Man’s heroism. Tony openly declares, “I am Iron Man” at the end of the first Iron Man movie, in part as an act of egotism. But Robert Downey Jr. utters that line again at the end of Avengers: Endgame just before he snaps his fingers, destroys Thanos and his minions and saves the universe. His evolution is charted in the journey from an act of selfishness to one of heroism. Beck, by contrast, makes the reverse journey: He begins by declaring that he will be a better superhero to safeguard the world than the irresponsible ones who came before, but by the end of the movie he is murdering innocent people — and specifically targeting innocent children — in order to hide his true identity and intent. He might have begun with aspirations to do good, but he let his head get too big.

And, of course, the ultimate endorsement of Iron Man’s legacy is the fact that Peter Parker, a do-gooder if there ever was one, finds himself in the same position at the end of Far From Home as Tony did at the end of Iron Man. Before his death, Mysterio created a fake video blaming Spider-Man for the destruction Mysterio wrought in London and revealing the superhero to be Peter Parker. Peter would never have outed himself, putting his aunt and girlfriend in danger, but now the world knows who he is — just like they knew Iron Man’s true identity — which means that Peter will soon have to wrangle with the same concerns and challenges that eventually drove Iron Man to a cabin in the woods to protect his family, then back into action to save the world. Peter has begun another hero’s journey. 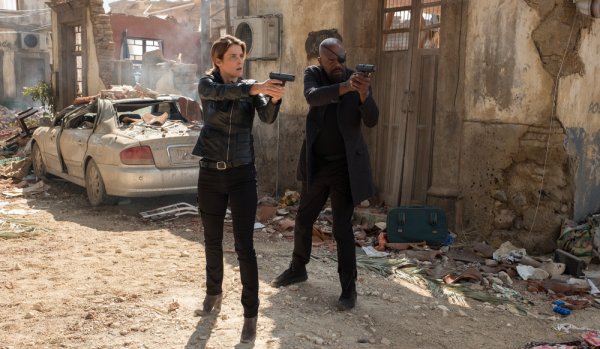 Breaking Down the Spider-Man: Far From Home Post-Credits Scenes
Next Up: Editor's Pick