21 TV Shows You Need to Watch This Summer

Summer used to be a barren wasteland for television lovers. Presumably, studio executives expected people to actually go outside and enjoy the sun. But the television gods are finally wising up to the fact that the committed will sit on their couches and binge series for hours on end, no matter the weather and offering a worthy slate of shows to grab our attention.

This summer will bring us Khaleesi’s grown-up dragons, Agent Cooper’s evil doppelgänger and Stephen King’s murderous mist. Keegan-Michael Key, Naomi Watts and Jessica Biel all star in new series. Insecure, House of Cards and Orphan Black will all return, and the Defenders will unite in a superhero series.

Here are all the shows and dates you need to know.

Unbreakable Kimmy Schmidt on Netflix (May 19)

Kimmy remains as ebullient as ever in the third season of Tina Fey and Robert Carlock’s Netflix series. This year, she goes to college, allowing the writers to take as many shots at campus life as they do at the New York City bubble. Meanwhile, Titus buys a “baseball stick” to reenact Beyonce’s Lemonade.

Twin Peaks on Showtime (May 21)

Twenty-six years after the series left the air, David Lynch and Mark Frost’s trippy television show has returned for 18 episodes on Showtime. The new season begins with Agent Dale Cooper still stuck in the Black Lodge while his doppelgänger wreaks havoc in the outside world.

House of Cards on Netflix (May 30)

The Netflix show starring Kevin Spacey and Robin Wright as backstabbing politicians picks up shortly where season four left off. Underwood is embroiled in an intense election campaign against a social-media-savvy Republican and has recently declared all-out war on terrorism. Season five will presumably see the Underwoods keep the White House or oust them from power.

Make no mistake: This may be a show about comedians, but it’s a drama. In the first episode, a group of struggling, damaged comedians in the 1970s compete to raise their respective profiles at an L.A. comedy club run by a no-nonsense Melissa Leo.

Orange Is the New Black on Netflix (June 9)

Orange Is the New Black has always been about the humans living inside a broken system. Never has that been more apparent than at the end of season four, when the death of one inmate caused a riot. Now, the prisoners are protesting their treatment in Litchfield Prison and have a written list of demands.

As the BBC show enters its final season, the stakes are ramping up for Sarah, Alison, Cosima and Helena (all played by Tatiana Maslany). The trailer harkens back to the first season: united they cannot be destroyed.

Rashida Jones is the executive producer of this dramedy about five women who work at a Florida nail salon and decide to enter the male-dominated world of organized crime.

Ava DuVernay’s gorgeously shot drama about a family dealing with the death of their father returns to Oprah Winfrey’s network. In the second season, DuVernay and Winfrey have continued to recruit an impressive slate of female directors to helm each episode.

MORE The Best TV Episodes of 2017 So Far

Stephen King is having quite a year. It and The Dark Tower are both getting movie treatments, while The Mist, his famous novella-turned-movie about an unnatural fog that envelops a town in Maine, is coming to television. Just as Noah Hawley’s Fargo pays homage to the original Cohen Brothers’ film, The Mist uses King’s original conceit as inspiration for a fresh tale.

Alison Brie plays an actor in the 1980s who can’t book a gig and so settles for a job playing (and fighting) a glamorous female wrestler. The show, executive produced by Orange Is the New Black showrunner Jenji Kohan, explores surprisingly feminist themes as the women engage in literal staged catfights.

It took three whole seasons for an important character on Younger to figure out that Liza (Sutton Foster) isn’t a twenty-something. Season four will address the fallout as Liza’s future hangs in the balance.

One thing is clear from the trailer for Gypsy: You wouldn’t want Naomi Watts’ character as your therapist. The therapist becomes involved in her patient’s lives in…ahem…unethical ways. The sexy foreboding tone can perhaps be attributed to Fifty Shades of Grey director Sam Taylor-Johnson, who acts as an executive producer and directed two episodes.

A new series from Boyz in the Hood and 2 Fast 2 Furious director John Singleton chronicles the crack cocaine epidemic in Los Angeles, starting in the 1980s. The series follows multiple characters, including a young drug dealer, a Mexican wrestler, the daughter of a crime lord and a CIA operative.

The USA mainstay about cutthroat lawyers with excellent fashion sense returns for a seventh season. And it’s possible the show will acquire even more fans thanks to Meghan Markle’s relationship with Prince Harry.

Friends From College on Netflix (July 14)

The new comedy about a group of best friends that reunite as adults in New York City has an impressive cast: Keegan-Michael Key, Cobie Smulders, Fred Savage, Jae Suh Park, Annie Parisse, Nat Faxon and Billy Eichner. Forgetting Sarah Marshall director Nicholas Stoller and his wife, Francesca Delbanco, wrote the show, and Seth Rogen and Kate McKinnon are among the guest stars who will drop in.

The wait is almost over. Game of Thrones will air the first part of its final season in July. (HBO plans to air seven episodes this summer and seven episodes in 2018.) The official trailer only reveals a few hints about the plot, but we do know Daenerys is finally on her way to Westeros. Now it’s just a matter of patiently waiting for the inevitable clash between her and Cersei.

The first season of Issa Rae’s laugh-out-loud funny and heart-wrenching show ended with (the fictional) Issa doing damage to a number of her relationships. In season two, Issa will have to pick up the pieces.

Jason Bateman and Laura Linney play a husband and wife who abruptly move from the Chicago suburbs to the Missouri Ozarks in order to pay a money-laundering debt that Bateman’s character owes to a drug lord. If you’re a fan of fellow Netflix series Bloodline, Ozark seems to have similar vibes.

Jessica Biel stars in an unsettling show about a mother named Cora who stabs a stranger on a beach and doesn’t know why. The mystery of the show is not so much about how it happened but what makes Cora tick.

Julie Klausner and Billy Eichner return in this streaming series as best friends who are, yes, difficult people. John Cho is set to star in the third season as a love interest for Billy (Eichner).

The Defenders on Netflix (Aug. 18)

All of Netflix’s Marvel superhero shows — Daredevil, Jessica Jones, Luke Cage and Iron Fist — have been building to this series. The four heroes will unite to fight crime in New York City. Each series has had its own themes and tone, but The Defenders looks to be a lighter action series (a la The Avengers) with its heroes cracking jokes as they crack skulls. 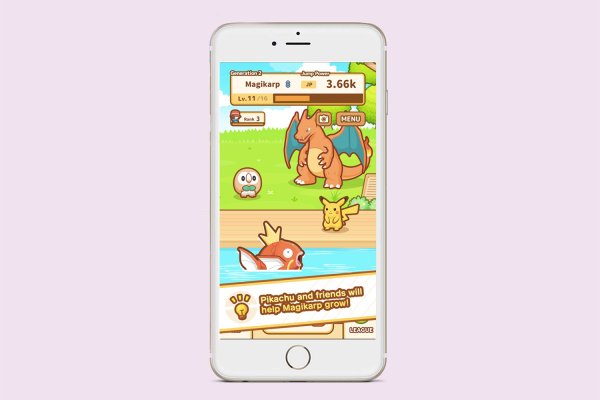 Review: 'Magikarp Jump' Is So Dumb It Just Might Be Brilliant
Next Up: Editor's Pick