After three tumultuous years, Brazilians will soon get the chance to boot out or re-elect their far-right President Jair Bolsonaro. With elections due to be held in October 2022, candidates are launching their campaigns and the race to lead the world’s fourth-largest democracy is heating up. The former army captain may already be in trouble: his approval ratings slipped to a record low of 19% in late November, with 60% of the population saying he is doing a bad job.

In the past two years, Bolsonaro has made headlines around the world, criticized for destructive environmental policies in the Amazon rainforest and a denialist stance on the COVID-19 pandemic. By discouraging social distancing and rejecting offers from vaccine manufacturers to buy badly-needed doses, the president has helped Brazil’s official COVID-19 death toll reach more than 600,000—second only to that of the U.S.

But Bolsonaro’s struggles at home stem largely from the current squeeze on Brazilian wallets, analysts say. A surging inflation rate and an unprecedented drought have stifled recovery from the pandemic, and Brazil’s economy entered a technical recession this month. The currency, the reais, is trading at all-time lows against the dollar, with many blaming the president’s market-rattling decision to flout Brazil’s fiscal rules in order to introduce a new cash-transfer program for poorer families in time for the election.

“Bolsonaro has very little chance at re-election unless economic conditions improve a lot,” says Gustavo Ribeiro, a São Paulo-based political analyst and founder of English-language news site The Brazilian Report. “But we’re still 10 months away, and he has proved that he has more political lives than a cat.”

Whatever Bolsonaro’s prospects, Brazil’s election year is shaping up to be a tense one. In recent months, the president has repeatedly indicated that he will not accept the results of the vote if he loses. “I’m not worried about staying president,” he told local media in August. “My message is: only God takes me out of that post.”

Read More: Biden Wants a Deal with Brazil’s Far-Right President to Protect the Amazon. But Can Bolsonaro Be Trusted?

The stakes are high for the country’s relatively-new democracy. (Brazil was under a military dictatorship from 1964 until 1985.) An avowed supporter of that military dictatorship, Bolsonaro has stretched the limits of presidential powers throughout his tenure. He has replaced federal police chiefs tasked with leading probes into his family, used national security laws to persecute critics and issued a range of controversial presidential decrees on everything from indigenous land rights to social media moderation. The supreme court has blocked many of those moves as unlawful. In September, Bolsonaro called tens of thousands of his supporters to stage nationwide protests against the court, in a troubling challenge to judicial independence. Brazilian media drew parallels to the Jan. 6 insurrection at the U.S. capitol.

Ribeiro fears such attacks on Brazil’s institutions would only intensify during a second Bolsonaro term. ”We find ourselves at a very dangerous crossroads,” he says. “This is someone who at every turn tries to chip away the credibility of institutions and accountability instruments. Both from a democratic standpoint and from an economic standpoint, I don’t know how we survive four more years.”

Whether Brazil finds out what four more years of Bolsonaro would look like will depend not only on the state of the economy and the strength of the candidates vying to replace him, but also, potentially, on how the president primes his supporters to respond to the result.

Demonstrators lift a banner as they participate in a protest against Brazil's President, Jair Bolsonaro, in Sao Paulo, Brazil December 4, 2021.
Cris Faga—NurPhoto/Getty Images

To economists’ surprise Brazil’s rightwing government rolled out South America’s most generous cash-transfer program during the pandemic, giving vulnerable families around 375 reais ($67) a month. Those payments helped boost Bolsonaro’s popularity and when they expired in October, the president announced a plan for a new welfare scheme, which will permanently increase state support for around 17 million poor households in time for the election.

But the new payments may not be enough to heal the economic pain being felt by many Brazilians. Unemployment remains stubbornly high at 12.6%. Inflation has shaved off a quarter of the reais’ value against the dollar since the start of 2020. A survey published Dec. 8 by pollsters Quaest found 70% of Brazilians think the economy has worsened in the last year and 41% say economic performance is their biggest factor weighing on their vote in 2022.

And to deliver his new aid, Bolsonaro is tearing up fiscal rules designed to keep Brazilian budget deficits under control and maintain the confidence of investors. That streak of economic populism—combined with international reputational damage Brazil’s agricultural sector is suffering over deforestation in the Amazon—has soured relationships with the business elites and the conservative media that helped Bolsonaro get elected in 2018.

Lula’s comeback and the search for a third way candidate

In April this year, Brazil’s supreme court overturned the 2017 corruption conviction of former president Lula, clearing the way for him to run for president again. Lula, who is set to be the candidate for the leftist Workers Party (PT), is one of the most divisive figures in modern Brazil—perhaps second only to Bolsonaro—and his entry into the race leaves Brazilians with an extremely polarizing choice.

Lula served as president between 2003 and 2010. That period coincided with a commodities boom in Brazil and his government became hugely popular by implementing welfare schemes that lifted millions out of poverty. But the PT also oversaw one of the world’s largest corruption schemes during that period, with billions of dollars going missing from state oil company Petrobras (Lula has always denied personal responsibility for the graft network and claims charges against him, relating to the receipt of a seaside apartment as a bribe, were politically motivated.). According to a November poll by digital news site Poder 360, 42% of Brazilians say they will never vote for Lula—though the rejection rate is even higher for Bolsonaro and many centrist candidates.

Lula has offered little in the way of a policy platform, instead focusing on presenting himself as a source of stability and moderation against Bolsonaro’s disruption. “The polarization is not between Lula and Bolsonaro: the polarization is between Bolsonaro and everyone else,” Lula told Reuters this week.

He has fiercely criticized the current president’s “genocidal” COVID-19 mismanagement. In November, he traveled to Europe, receiving a warm welcome from leaders like French president Emmanuel Macron and Germany’s incoming chancellor Olaf Scholz, bolstering his presidential credentials. Lula’s team has indicated interest in selecting a center-right running mate—potentially even a former electoral opponent—in a bid to win over rightwing moderates who are unsatisfied with Bolsonaro.

Economic and political elites in Brazil are holding out hope, though, that a third way candidate will emerge to challenge Bolsonaro and Lula from the center. The media has given ample coverage to the potential campaigns of, among others, São Paulo governor João Doria, and anti-corruption judge Sérgio Moro, who convicted Lula in 2017 before going on to serve briefly as Bolsonaro’s justice minister. It’s possible such a candidate could beat out Bolsonaro in the first round of voting on Oct. 2 and head into the second round with Lula later in the year, Ribeiro says.

So far, though, third way candidates have struggled to break through in polling. And though Lula and Bolsonaro are polarizing, only around 12% of voters say they would refuse to vote for either.

“The two main forces that will drive this election are anti-Bolsonaro and anti-PT [sentiments],” says Thomas Traumann, an independent political consultant and former Brazilian communications minister. “People will vote for whoever seems capable of defeating the candidate they don’t like.”

"The Supreme Court threatens our freedom," reads the placard of a supporter of President Bolsonaro's government during a rally in support of the leader on Independence Day on Sept. 7 2021, Brazil, São Paulo:
Andre Borges—dpa/picture alliance/Getty Images

Bolsonaro appears to be setting the stage for his supporters to reject the 2022 election result if he does not win. In documents leaked this week, federal police officers accused the president of a “direct and relevant” role in spreading election misinformation during social media livestreams. In July, he told a Brazilian radio station that he wanted Brazil’s electronic voting system to be supplemented with paper receipts, claiming, without evidence, that there is a large risk of voter fraud. “If this method continues, they’re going to have problems,” he said. “Because one side, which is our side, may not accept the result.”

Many have pointed out strong echoes of the discourse employed by former U.S. president Donald Trump in the run up to the 2020 election. In September, a group of 158 political leaders from 27 countries warned that Bolsonaro was planning to foment a Jan. 6-style insurrection, which, in a country with weaker institutions and a younger democracy, could have more serious consequences than in the U.S.

Most analysts agree it’s unlikely that the military would support a coup in Brazil today: in May, the ministers of all three of Brazil’s armed forces tendered their resignations during a perceived attempt by the president to politicize the armed forces.

But there is a significant risk of violence and upheaval in Brasília if Bolsonaro calls on his core supporters, many of whom are in the military, to respond to election results with protests, Traumann warns. “The difference to Trump is that Bolsonaro doesn’t just have strangely-dressed [civilians] going to the streets: a great part of the military thinks that elections are good, but not if Lula wins,” he says. “We’re in for some very difficult days.” 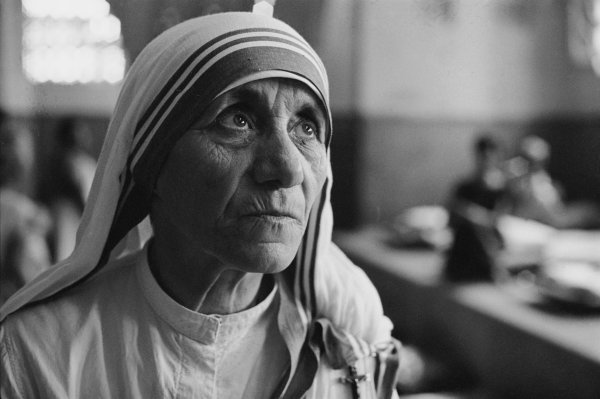