Brazil's Controversial Environment Minister Has Quit. What Does It Mean for the Amazon?

Ricardo Salles, the Brazilian environment minister who became a lightning rod for anger over deforestation in the Amazon rainforest, resigned Wednesday after allegations he obstructed a federal investigation into illegal logging.

Salles has held his role since far-right president Jair Bolsonaro took office in January 2019 and has arguably become the most controversial figure in the Brazilian government after Bolsonaro himself. During his tenure, the rate of deforestation in the Amazon has surged. In the year to July 2020, more than 4,200 square miles of rainforest were lost in Brazil, an increase of 47% over the amount deforested in the year to July 2018, before Bolsonaro took office. The latest data, for April, showed the area of trees felled remained at record monthly rates.

Earlier this month, Brazil’s supreme court ordered an inquiry into claims that Salles had blocked an investigation into a massive seizure of illegal timber. A federal police chief in Amazonas state had accused Salles of forming “a partnership” with the timber sector and other politicians “in an attempt to obstruct the investigation of environmental crimes”. Salles has denied the allegations.

Since he took office, Salles has been accused by environmental groups of creating a culture of impunity for those who chop down trees illegally—which accounts for an estimated 95% of trees felled in the Amazon. Salles gutted the budgets of enforcement agencies and relaxed rules on timber exports. He has also sought to scrap protections for specific ecosystems within the Amazon, and backed plans by Bolsonaro to roll back the land rights of indigenous communities who live in the rainforest. In April 2020, as COVID-19 began to tear through Brazil, a leaked recording emerged of Salles telling Bolsonaro they should use the distraction of the pandemic to “run the cattle through” — a Brazilian expression essentially meaning to get through unnoticed— and “change all the rules” on the environment.

While Salles may be gone, the impact of his campaign will be seen again this summer as the eyes of the world turn to another Amazon fire season. The first major fire of the year was recorded in May, a week earlier than last year. Law enforcement is thin on the ground in the rainforest. Previous fires have left dry vegetation on the ground. And scientists warn that widespread drought conditions in Brazil this year herald another hugely destructive season. “It’s impossible to predict the fires,” says Marcio Astrini, executive director of the Climate Observatory network of NGOs, “But we have all the elements in place for another disaster to take place.”

A “toxic” presence on the world stage

Salles has long argued that the extensive environmental protections established in Brazil in recent decades were an obstacle to economic development in the Amazon, which covers around 40% of the country’s territory. Like Bolsonaro, he consistently railed against the international community’s attempts to intervene to slow deforestation, calling them an affront to Brazilian sovereignty.

International pressure may have played a role in his departure from government. Salles had been leading the Bolsonaro government’s efforts to strike a deal with the U.S. to trade action on deforestation for significant sums of aid. Salles said he was seeking $1 billion a year. Last week local media reported that the negotiations had ground to a halt, in part because of the allegations surrounding Salles and warnings raised about him by environmentalists and civil society groups.

In a speech at Brazil’s presidential palace, Salles signaled that his resignation would make it easier for Brazil to negotiate with international leaders at a key U.N. climate conference scheduled for November in Glasgow, Scotland. “I understand that Brazil, throughout this year and next, on the international stage and also in its national agenda, needs to have a strong union of interests and desires and efforts. I’ve presented my resignation to the president so that can happen in the most serene way possible.”

Political analyst Gustavo Ribeiro says Salles departure could make it easier for the government to work with the U.S. and other foreign leaders. “He was becoming a toxic figure.”

But Ribeiro believes Salles’ removal wasn’t motivated by international pressure on the environment, nor even by the criminal allegations facing the former minister, which the government has dismissed as unfounded, but rather by his boss’ desire to distract from his own political troubles “The government is mired in crisis and Bolsonaro has an obsession with controlling the news cycle.”

A May poll found Bolsonaro’s approval rating had fallen to 24%, the lowest since his presidency began and a 6% fall from March. An ongoing congressional inquiry into his administration’s handling of COVID-19, launched in April, has fuelled a steady stream of damning headlines about the fatal consequences of his opposition to social distancing, championing of ineffective treatments, and rejection of offers of vaccines from manufacturers. COVID-19 infection rates are at record levels in Brazil. On Saturday, as the country passed the grim milestone of 500,000 deaths from the virus— a toll second only to the U.S.’— tens of thousands of Brazilans took to the streets to call for Bolsonaro’s ouster.

The man nicknamed the “terminator” of the Amazon has gone. But environmental observers say Salles’ replacement, Joaquim Alvaro Pereira Leite, will do little to change the Brazilian government’s stance on the Amazon. Leite, who had been serving as Amazon Secretary within Salles’ ministry, has deep ties to Brazil’s powerful farming lobby, which backs development in the Amazon.

Bolsonaro is unlikely to change his own stance on the Amazon. Agribusiness and smallholder farmers are a key part of his political base, which has grown in importance as his popularity has fallen during the pandemic.

“Salles’ exit won’t change anything because he didn’t do anything on his own. He did it all in collaboration with the president,” says Astrini. “Right now Bolsonro will be speaking to the new minister to make sure they continue “running the cattle” through the forest.” 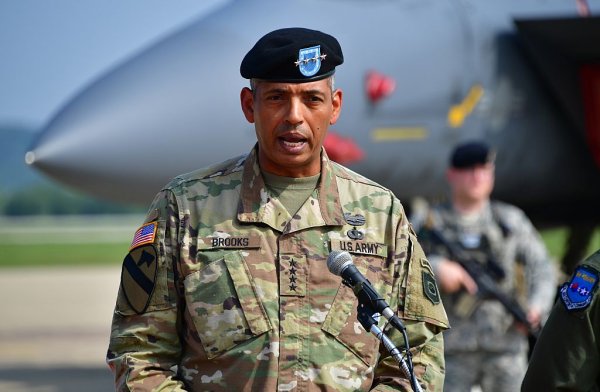