Why It's Critical that Jan. 6 Rioters’ Rights Are Respected

People gather near the Capitol building during a right-wing rally in Washington, D.C., on Sept. 18, 2021.
Liu Jie--Xinhua/Getty Images
By Philip Elliott

I think it’s important to admit when my professional judgement was wrong. I did so freely at the start of this month, acknowledging that my skepticism for old-fashioned letter-writing campaigns was statistically off. (It turns out that it works, and they’re going gang-busters this week as Virginia’s races hit their final stretch.) I was probably too rosy about Democrats’ willingness to (eventually) forgive disgraced New York Gov. Andrew Cuomo. And my skepticism about Joe Biden’s chances have been as sincere as they have been long held and also proven incorrect.

But the error in judgment that smacks the most right now is that I was outright incredulous at the “Justice for J6” rally, which sought to cast the mob that stormed the Capitol on Jan. 6 as victims. These were violent individuals who marched, on orders from President Donald Trump, to the Capitol with the express intent of setting aside the results of last year’s elections to keep Trump in power. The crowd was undemocratic, unruly and, frankly, un-American. The nonsense Trump spewed that day and many times since has perverted faith in the American experiment and corrupted future elections. As I sat writing this last night, Trump even put out a statement demanding Republicans boycott elections in 2022 and 2024 if, in his words, “we don’t solve the Presidential Election Fraud of 2020 (which we have thoroughly and conclusively documented).” Like I said: “pure insanity.”

As it turns out, hours before Trump’s latest outburst, a federal judge referred dozens of inmates’ treatment in D.C. jails to the Department of Justice. Could, perhaps, the same conspiracy theorists who believe Trump was cheated of a victory last November also be correct in asserting the government is mistreating those it arrested for acting on those beliefs?

Roughly 40 suspects are now in jail in D.C. awaiting trial for charges stemming from that day, and their lawyers say their rights are being denied. Some, they say, have been denied access to food and showers. U.S. District Judge Royce C. Lamberth said jail officials failed for four months to move ahead with treatment for one defendant who broke his wrist while held without bail. A surgery initially scheduled for June still hasn’t taken place. Lamberth called it “more than just inept and bureaucratic jostling of papers.”

The suspect, who faces four felony charges including spraying officers with pepper-spray gel and rioting at the Capitol, hardly cuts a sympathetic silhouette. Christopher Worrell is an accused member of the Florida Proud Boys, an extremist group that is alleged to have helped lead the breach of the Capitol back in January. He is accused of traveling to D.C. on other people’s money, marching on the Capitol wearing tactical gear and radio equipment and aiming his ire at officers just before the barriers were breached. His charging document is fairly inscrutable. If you’re looking for a classic face for a victim, Worrell isn’t where you’d start.

Still, it’s tough to ignore the facts of what followed, especially in a bureau of prisons widely known to be overwhelmed, under-resourced and branded a human-rights violation just two miles away from the U.S. Capitol. For more than a year, the District’s Department of Corrections kept inmates in solitary confinement for 23 hours a day in the name of constricting the spread of COVID-19 among inmates. Advocates have, not wrongly, argued those choices have unfairly burdened Black inmates who are merely awaiting trial. In a country that postures as a beacon for human rights, D.C.’s prisons aren’t the transmission tower.

There was a pretty big eye-roll when fewer than 450 protesters showed up last month to call attention to the rights of Jan. 6 protesters, arguing that they were victims of political oppression and suffering for speaking the truth. It seemed like a fringe sequel to the bloody attempt to derail Congress’ sign-off on election results.

But the lack of participation a few weeks ago doesn’t negate that maybe the activists weren’t entirely wrong about detention facilities that are widely acknowledged as harsh. As Lamberth asked jail officials and their lawyers about the conditions facing the prisoners awaiting trial: “Does no one care?”

Most of Washington was rightly offended by the Jan. 6 riot. For months, the vestiges were seen on Capitol Hill in the form of fencing, military sentries and beefed-up security. Those crowds violated Washington’s standards. But Washington should also be offended by the treatment of some of the people in those crowds in prison.

To be perfectly clear: nothing that happened on Jan. 6 is excusable. The violence that played out on Capitol Hill was unacceptable then and remains so today. But just as those who were arrested during last year’s protests against police brutality deserved to have their civil rights respected, so too do the insurrectionists who sought to topple democracy. It’s for courts, not police in the field or corrections officers in extrajudicial settings, to decide their fate.

And that brings discomfort, at least to me. Emotionally, it’s impossible to summon the same feelings I have for those marching for racial justice as those marching to set aside dozens upon dozens of judges’ rulings that Joe Biden is the rightful President of the United States. Intellectually, though, if you stand for one group’s right to be processed through a criminal justice system fairly and with respect, you have to stand for the others. Because that’s the thing about rights: they extend to everyone in this country, even the people you vehemently disagree with. 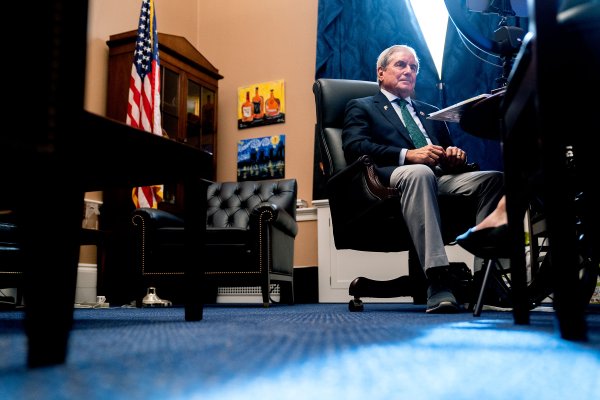 The Great American Redistricting Race Has Begun
Next Up: Editor's Pick