The Troubling Consequences of Seeing Muslims as a Racial Group

How can a country supposedly founded on principles of religious freedom be so quick to support policies that violate the civil rights of Muslims? That’s one of the questions at the heart of a new book, The Racial Muslim: When Racism Quashes Religious Freedom, by Rutgers law professor Sahar Aziz.

The Racial Muslim proposes an answer: that some American politicians and institutions have perpetuated a narrative that Islam is not a religion, and thus doesn’t deserve such protections. In this view, Islam is instead a political ideology, and Muslims—in reality worshippers from diverse racial backgrounds—are viewed as a racial group, subject to racist discrimination. This phenomenon is different from religious bigotry, which tends to focus on theological arguments about why a particular set of beliefs is wrong, the book argues; here, Aziz sees a situation in which Muslims as a group are assigned a set of negative traits, such as the false notions that they are inherently untrustworthy, uncivilized and violent.

The founding director of the interdisciplinary Rutgers Center for Security, Race, and Rights, Aziz draws on her expertise in national security and civil rights to explore the history and current manifestations of Islamophobia in the U.S. She writes about the mechanisms targeting Muslim Americans, from surveillance to government watch lists to immigration restrictions, that have ramped up since 9/11. Her book also steps back to compare the plight of Muslims to other religious groups that have historically faced discrimination in America, such as Catholics, Mormons and Jews. The lawyer, whose family immigrated to the U.S. from Egypt when she was a child, was inspired by her own experiences to pursue a career confronting civil rights issues in the U.S. “I was indoctrinated by American schools into believing that America was special and these kinds of extreme civil rights violations didn’t happen here,” she says. “But when 9/11 happened, my entire community faced an existential crisis. We had our own human rights and civil rights problems here where we lived.”

Aziz spoke with TIME about the historical roots of Islamophobia in the U.S., the effects of viewing Muslims as a “suspect race” and the significance of the hateful comments recently made by Rep. Lauren Boebert (R-Colorado) about Rep. Ilhan Omar (D-Minnesota).

There’s an interesting dichotomy you repeatedly describe in the book—that the same people defending religious freedoms for Christians also support violating the civil rights of Muslims through policies that discriminate against them, like intrusive surveillance measures and the ‘Muslim ban.’ You also write about how the rhetoric from some elected officials assures people that treating Muslims as suspects and discriminating against them is not un-American because Muslims adhere to a political ideology, not a legitimate religion. Could you unpack this?

That narrative was necessary for primarily Republican and evangelical Christian voters, who tend to feel that their own religious freedom rights are under attack by so-called liberal elites when it comes to issues around same-sex marriage and abortion. By fueling Islamophobia, Republicans put their constituents in this paradox. How can you on the one hand feel aggrieved that religious freedom is under attack in the U.S., and on the other hand directly support government practices that persecute a religious minority? Either you have to admit that you are a hypocrite and lose credibility in your own fight for religious freedom, or you have to find a way to reframe Muslims as not a religious minority, but a national security threat and a suspect race.

Read More: ‘Who Else Is Spying on Me?’ Muslim Americans Bring the Fight Against Surveillance to the Supreme Court

Before 9/11, if you were white passing, then you could downplay your Muslim identity and avoid the prejudice. But afterwards, Muslim identity became the dominant means by which a Muslim was racialized, meaning that phenotype—what an individual looks like—became secondary. The idea is that no matter what you look like, you’re a Muslim and we can’t trust you… The exception being for Black Muslims, for whom phenotypical Blackness dominates their racialization.

While your book dives deep into the effects of 9/11, you also talk about historical roots of Islamophobia. Could you explain the role of orientalism and imperialism in crafting a narrative about Muslims, and how this excluded them from a Judeo-Christian national identity?

Orientalism and American imperialism in the Middle East and North Africa operated long before 9/11. And those two phenomena were the primary drivers for whatever anti-Muslim perceptions existed in American society before then. I identify several major international events—including the creation of Israel in 1948, the Arab Israeli war in 1967 and the Iranian Revolution of 1979—as contributing to the racialization of Muslims. Each one of these events created a huge uptick in media coverage that was primarily negative about Muslims and implied that Islam motivated them to behave in what Americans believe were “barbaric” ways.

You dedicated part of your book to covering Zionism—the belief that Jewish people deserve a state—and the dehumanization of Palestinians. What happens when Muslims are vocal in their support of Palestinian human rights in the U.S.?

The primarily Protestant European political elites in the U.S. during the twentieth century perceived and portrayed Palestinians as barbarians who had no rights to the land they lived on, and portrayed the European Jews coming to Israel as comparable to the Puritans—people who were chosen by God to have this land and make it bloom. Today, many Muslims criticize the Israeli state over human rights violations the same way they do with Syrian and Iraqi regimes. But no one talks about being anti-Arab or Muslim in the latter cases. The exceptionalism that’s granted to Israel within American politics and society silences Muslim political activism, especially when it comes to Palestinian human rights. That is part of the story that no one tends to want to talk about.

Another important thread in your book is how Islam was initially practiced among enslaved Africans and the legacy of Black Muslim Americans. How does that history relate to the Nation of Islam?

Most of the enslaved Africans who were brought to the United States were from West Africa, where Islam had been practiced by many for centuries. Although the numbers are not precise, most estimates would say approximately 30% of enslaved Africans were Muslim. White Protestant slave owners deemed all Africans barbarians regardless of their religion. Moreover, they did not consider Islam a legitimate religion. Because enslaved people would get punished severely for practicing any religion other than Christianity, they would have had to do it in secret, but even that wasn’t sustainable. The nature of the slave trade meant people’s children were often sold off, and wives and husbands would be separated in the middle of their lives. There were no trained religious leaders unless they were trained before being enslaved. There was no Muslim community. They couldn’t create a mosque or pray in congregation. And there was forced conversion to Protestantism. All of those factors combined made it nearly impossible for the version of Islam which was practiced in West Africa to survive.

When the Nation of Islam was created in the early 1900s, it was the first time that you saw African Americans adopt a Muslim identity as a community. And this community was created with a very specific political purpose, which was to challenge white supremacy and to adopt Black nationalism. It had a spiritual component to it. It certainly identified as Muslim, but much of the practices and some of their beliefs—for example in Elijah Muhammad being a Prophet—were considered heretical to those following Sunni and Shia Islam.

African American Muslims in the 20th century were discriminated against as being particularly dangerous. So they tended to be racialized as part of a much more serious and much more entrenched anti-Black racism in the U.S. If you were a Black Muslim, you were Black first. And then your intersection with your Muslim identity made you perceived as militant and especially violent.

Last month, Rep. Boebert referred to Rep. Omar as a member of the “jihad squad” and implied that Omar could have been a suicide bomber. Omar has since held a press conference, playing a death threat she received via voicemail after Boebert’s comments. Why do these incidents and the subsequent responses matter?

The most notable lesson from this latest incident of overt Islamophobia by politicians is that Islamophobia sells. It sells books. It is attractive to right-wing voters, and it attracts publicity that’s desired by these politicians. My book shows how similar prejudice was dealt with by Catholics in the early 20th century. When Al Smith ran for President in 1928, the attacks against him by opposing candidates were that he was a Catholic who couldn’t be trusted and who would never be loyal because his first loyalty was to the Pope. So today, Americans need to ask themselves: is this the type of country that we want to be? 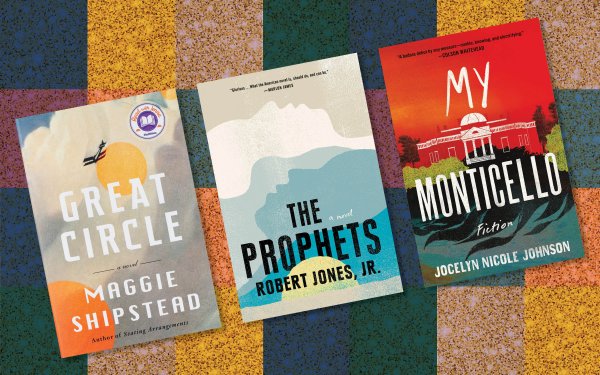