I Am a Muslim-American Leader, and the NSA Spied on Me

As a student at the University of Minnesota decades ago, the more I learned about America’s history, the more I was inspired by our Founding Fathers. They were initially voices of dissent, who stood up and spoke on issues they thought would advance this country, with the understanding that it would not endear them to the powers of the day. This was the foundation for the Bill of Rights and the ideals that every American remains proud to enjoy to this day.

I am saddened, but not surprised, by recent revelations that I am on the list of Muslim-American leaders who have been targets for NSA surveillance. My First Amendment rights have been compromised simply because, over the years, I have expressed my views on issues relevant to public discourse. The fact that I have been individually targeted puts me on a list with very good company.

Rev. Martin Luther King, Jr. was spied on, along with Washington Post columnist Art Buchwald and boxer Muhammad Ali. Earlier this year, it came to light that the CIA had spied on the Senate Intelligence Committee, a Congressional body charged with oversight of the CIA.

Senator Frank Church, who led investigations in the 1970s uncovering FBI, CIA and NSA surveillance and illegal activity targeting minority activists, was spied on. In 1975 Church warned, “If this government ever became a tyrant, if a dictator ever took charge in this country, the technological capacity that the intelligence community has given the government could enable it to impose total tyranny.”

While I am not a figure of historical proportions like the ones I just mentioned, I am proud to be included on a long and growing list of patriots who have been spied on and subjected to an array of reputation smearing tactics by elements of our own government.

In 1994, I co-founded the Council on American-Islamic Relations (CAIR). Today, CAIR is the United States’s largest Muslim civil liberties and advocacy organization. For many years, I enjoyed good relations with many government agencies, including the White House. As executive director, I have adopted many positions that dissent from government policy. But, if disagreement with government policy is viewed as subversive, no wonder the government has decided to vacuum up the communications of all Americans. We are an opinionated nation.

Like millions of other Americans, I have opposed U.S. foreign policy when I thought it was misguided. It is also true that I defended American policy overseas to unreceptive audiences when I thought my country was right. I spoke out against government use of secret evidence in U.S. courts in the late 1990s. I opposed the Iraq war. I have spoken in favor of Palestinian rights while consistently rejecting terrorism. I have advocated for, and ensured that CAIR filed lawsuits aimed at preserving, the Bill of Rights. In 2006, I went to Iraq to appeal for the release of a kidnapped American journalist. More recently, I joined Christian leaders on a trip to Iran to seek the release of American hikers who had been detained in that nation. Our delegation was informed by the Iranian authorities that our stay in Iran was vital in the ultimate decision to release the hikers. I worked for the release of retired FBI agent Robert Levinson and former US Marine Amir Hekmati, both currently held by the Iranian government. I have also opposed policies that undermine our Constitution: the No-Fly List, racial and religious profiling, and entrapment to name a few.

But CAIR and I have done all of this while continuing to condemn terrorism whenever it happens, wherever it happens, and by whoever commits it in over 107 public press statements in the past twenty years. CAIR’s “Know Your Rights” guide emphasizes, “If you know of any criminal activity taking place in your community, it is both your religious and civic duty to immediately report such activity to local and federal law enforcement agencies.”

Senator Church’s 1975 warning about the technology capacity of the intelligence community and its possible consequences could easily have been made last week. It stands is a reminder to all Americans that our liberty is a gift that requires our vigilance to preserve.

America is about checks and balances, about voices that are unafraid to speak out. For too long, there has been no substantive check on government surveillance. This must change, as it is intolerable in a democratic society. My hope is that the policies and practices that result in the surveillance of law-abiding Americans engaging in public debate will be changed so that other Americans will not be treated as objects of suspicion.

Nihad Awad is the Executive Director and co-founder of the Council on American-Islamic Relations (CAIR), the largest non-profit Muslim civil rights and advocacy organization in the United States. A few days after September 11, 2001, Mr. Awad was one of the few American Muslim leaders invited by the White House to join President Bush in a press conference at the Islamic Center of Washington, the oldest mosque in Washington DC. 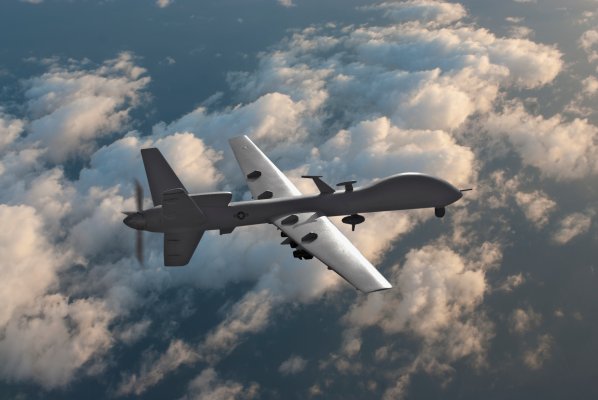 Good Drone, Bad Drone: How to Fix the Drone PR Problem
Next Up: Editor's Pick