Speaking in Glasgow last week, Danish climate minister Dan Jorgensen emphasized that the international oil and natural gas phase-out agreement he shepherded wasn’t mere talk. “When I talk to scientists, citizens and activists, they all want one thing more than anything else: bold and tangible action,” Jorgensen said. “That is what the Beyond Oil and Gas Alliance is here to deliver.”

Launched by Denmark and Costa Rica in September, the Beyond Oil and Gas Alliance (BOGA) added France, Greenland, Ireland, Quebec, Sweden and Wales as members on Nov. 11. The group constitutes one of the first international diplomatic agreements to curtail the titular emissions sources, with participants agreeing to end new licensing for oil and gas production; governments can also join in a lower-tier status with softer commitments. Noticeably absent, however, are the world’s largest oil and gas producing national governments, like the U.S., Russia, Saudi Arabia and Canada, which limits the agreement’s actual emissions reduction potential.

From one angle, BOGA’s limited membership is yet another sign of how dire the climate situation has become. The world will only have a decent chance to limit warming to 1.5°C absent new investments in oil and natural gas production, per the International Energy Agency. But the vast majority of countries—including self-proclaimed climate leaders like the U.S. and the U.K.—remain unwilling to accept the conclusions that the science demands, saying that other considerations still take precedence to the climate crisis.

“What we cannot have is a cliff-edge where oil and gas are abandoned overnight,” a spokesperson for the U.K. business and energy department told E&E News in reference to BOGA’s goals. “If we stopped producing gas, this would put energy security, British jobs and industries at risk, and we would be even more dependent on foreign imports.” Meanwhile in the U.S., a federal judge has forced the Biden Administration to offer a massive new oil and gas lease in the Gulf Of Mexico, with the sale scheduled for next week. (The Administration is appealing the ruling, though it says it will comply in the meantime.)

In an interview with TIME, Jorgensen, the Danish Minister, admitted that BOGA doesn’t go far enough. But for him and other climate leaders holding out hope for international agreements to curtail runaway climate change, the agreement’s dearth of direct emissions reductions isn’t the whole story. “We hope that this can inspire others—maybe also even put pressure on others,” Jorgensen says. “Here at COP in Glasgow, it has set an agenda, and a lot of leaders from important countries have been forced to take a stance on this and enter into this conversation.”

The point, BOGA’s supporters say, is that the agreement will help apply diplomatic pressure that can force other governments to come to better climate positions. “We were in similar times during the dawn of the Paris Agreement,” says Sierra Club president Ramón Cruz. “There was a similar coalition that formed that basically carried that moral weight that at some point it’s inevitable to turn that tide.”

“We can actually see it working,” Jorgensen says. “Policymakers all around the planet will be asked by journalists and civil society now, ‘why are they not joining this?'”

While this kind of diplomatic pressure might not work on the world’s worst polluters, it may make a difference for developing nations, particularly because the BOGA countries have pledged to provide members with technical support to phase out oil and gas. “You’re not going to change the Russias, the Saudi Arabias of this world with this initiative, but you can perhaps tip the balance on Algeria, Mozambique, perhaps even Nigeria,” says Lisa Fischer, a program leader at E3G, a European climate think tank.

But the question—both on the significance of BOGA and of the entire premise of COP26—is whether those diplomatic forces can work at the speed the science demands. “You might write to say ‘shouldn’t [this] have happened years ago?’ And I would agree with you,” says Jorgensen. “But the fact of the matter is we’ve discussed coal, but we haven’t really discussed an agenda for oil and gas for some reason, so that’s why we think it’s important that we have some countries that take this important first step.” 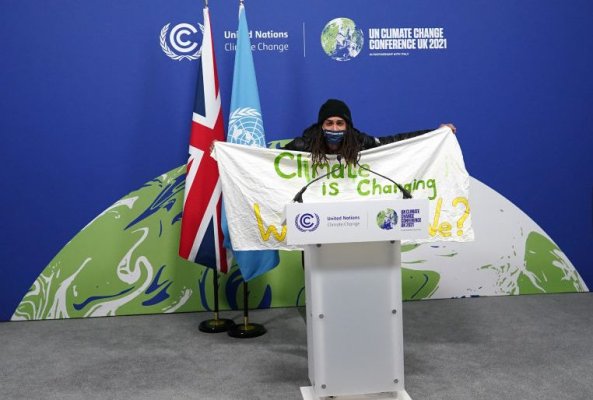 COP26 Ends With Nobody Really Happy
Next Up: Editor's Pick