There’s Still One Part of the Paris Agreement That Hasn’t Been Finalized. She Wants to Change That

Countries have long agreed that emissions could be cut faster by allowing carbon trading—where one nation or business pays for projects that reduce emissions in another country, and then counts those reductions in their own targets. These carbon markets would funnel funds to the projects that cut emissions most efficiently—potentially reducing costs of meeting targets by up to 79%. But without strong rules, two countries might count the same emission cuts twice, or a business might be paid for doing things it would have done anyway.

Andrea Meza, Costa Rica’s Minister of the Environment and Energy, is on a mission to deliver a robust carbon-trading system. As well as overseeing Costa Rica’s world-leading decarbonization strategy, she is leading a coalition of 36 countries demanding high standards for carbon offsets under Article 6 of the Paris Agreement—which remains the only part of the deal not yet finalized.

Read More: Why Flying Carbon Class to COP26 Is More Expensive Than Taking the Train

Activists say the risk that countries will use carbon markets to cheat the system is so great that no carbon trading should be allowed at all. Brazil and Saudi Arabia have been accused of trying to push through weak rules to make it easier for them to meet their emissions targets, while politicians in Australia oppose any rules that disallow credits generated under previous international carbon-­trading schemes that haven’t been sold yet.

Negotiators need to make sure that “carbon markets really work as a means to [limiting temperature rise] and are not seen as an objective in themselves,” Meza told TIME during a pre-COP media briefing. That means making sure the projects funded by offsets are transparently accounted for and ambitious—not just relatively cheap tree-­planting programs that governments would do anyway, but the more expensive investments in decarbonizing industries. “We really need to guarantee for all the vulnerable countries that these projects are really transformational.” 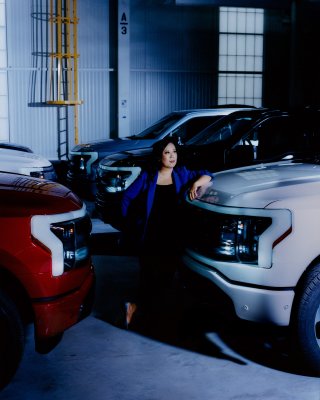 The Engineer Who Made Electric Vehicles Palatable for the Pickup-Truck Set
Next Up: Editor's Pick