Australian lawmakers took to Twitter to school American critics of the country’s COVID-19 public health measures, pointing to how well they have worked to prevent deaths in comparison to policies in the U.S., where the death toll has been one of the worst in the world.

Since the pandemic began, Australia has enforced strict measures to prevent the spread of COVID-19, including some of the world’s longest lockdowns. State and territory-wide restrictions can only be lifted once more than 80% of the local population aged 16 and older is fully inoculated against the virus. In the U.S., by comparison, many states lifted COVID-19 measures despite low vaccination rates.

Outspoken political commentator Candace Owens went as far as suggesting that the U.S. military should invade Australia because it has turned into a “police state,” comparing the country’s government to the regimes of Adolf Hitler, Joseph Stalin, Fidel Castro and Hugo Chávez.

“When do we deploy troops to Australia? When do we invade Australia and free an oppressed people who are suffering under a totalitarian regime? When do we spend trillions of dollars to spread democracy in Australia?” the right wing pundit said on her Daily Wire TV show earlier this week.

Owens’ rant is the latest condemnation of Australia’s COVID-19 measures by U.S. conservatives. Republican Senator Ted Cruz has also been critical of certain policies in the country. Earlier this month, anti-vaccine protesters surprisingly focused on Australia’s vaccine mandate in a protest outside its consulate in New York City.

Lawmakers from down under responded to criticism on social media. Michael Gunner, chief minister of Australia’s Northern Territory, took to Twitter to rebuke Cruz’s claim last week that the territory’s vaccine mandate places people under a “COVID tyranny.”

“We don’t need your lectures, thanks mate,” Gunner tweeted Sunday. “You know nothing about us. And if you stand against a lifesaving vaccine, then you sure as hell don’t stand with Australia.”

Gunner’s response also included a series of facts about the Northern Territory’s COVID-19 response. Mirroring language used by Cruz in his original tweet, Gunner concluded: “I love Texas (go Longhorns), but when it comes to COVID, I’m glad we are nothing like you.”

Cruz had earlier tweeted that he stands with Australia, in response to a Sky News video in which Gunner announces that workers interacting with the public must have at least one dose of a COVID-19 vaccine before Nov. 13, or face a fine of AU$5,000 (roughly US$3,750).

Mark Bailey, a member of the Queensland Parliament, also lambasted Cruz on Twitter, comparing the death toll of Texas to the entirety of Australia. “If you stood with us, you’d have learned from us,” Bailey said. The state of Texas has recorded 68,573 COVID-19-related deaths since the start of the pandemic, while Australia has reported 1,590.

Other social media users in Australia ridiculed Owens on Twitter for criticizing local anti-epidemic measures, responding with images of themselves continuing to enjoy the outdoors, such as pristine, largely empty beaches.

A recent Lowy Institute poll found that the majority of Australians are confident in how their government is handling the pandemic. 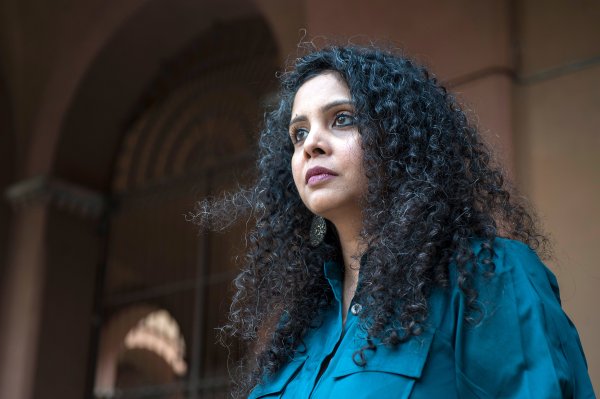 Journalist Rana Ayyub's Fight to Expose the Truth in India
Next Up: Editor's Pick