In less than two weeks, leaders from 196 countries and around 25,000 delegates, activists and protestors will descend on the Scottish city of Glasgow for the United Nation’s 26th global climate summit, or COP26. It is no small irony that most of them will travel by air, the most carbon intensive form of travel, emitting six times more CO2 per passenger mile than taking the train. The U.K., of course, is an island, so alternatives are limited. But even for those traveling from elsewhere in Great Britain, where trains are ubiquitous, it’s not an easy choice. A round-trip train ride from London to Glasgow costs nearly three times the price of an EasyJet flight, according to a quick search on the travel cost comparison site Omio.com.

In key U.S. transit corridors, such as New York to Washington, D.C., taking Amtrak is only slightly higher than flying. Within Europe, where low-cost airlines dominate the market, the price difference makes it almost unaffordable to take the train from one capital to another. Aviation is responsible for 2.5% of global CO2 emissions, and even more global warming when other greenhouse gas emissions such as nitrogen oxide are taken into account. Both the E.U. and the U.K. have committed to some of the strongest greenhouse-gas-emission reduction targets in the world, and trains are far better for the climate than flying. “If you’re very concerned with your climate impact, you will go for the more expensive train option, but a lot of people don’t have the means to do this,” says Andrew Murphy, aviation director at sustainable transport organization European Federation for Transport and Environment. “It should not have to be more expensive to make the more sustainable choice, and right now it is.”

There are a couple of reasons why, says Murphy. First and foremost, aviation is under-priced and undertaxed, in part because the cost of a ticket doesn’t reflect the broader climate and environmental impacts. It also doesn’t include the full cost of operating a flight because of numerous subsidies built into the aviation sector. “There is a reason why Ryanair can sell tickets for 19 Euros. On every step of the way, from designing the plane to running the airport to paying for the fuel, there are subsidies involved.”

Policy makers could do a lot to help close the price gap: charging a tax on jet fuel, for example, something the European Union doesn’t currently do. There is a proposal on the books to phase in jet-fuel taxes over the next decade for flights within Europe, but it could be a hard sell politically. CO2 emissions from aviation are included in the E.U. emissions-trading system, in which emissions from businesses are capped and surplus allowances can be bought and sold. The current market price to pollute is around $50 per ton of CO2, which isn’t enough to impact consumer choice, says Sola Zheng, an aviation expert at the U.S.-based environmental research organization International Council on Clean Transportation. She estimates that a $300 per ton price would lead to a 10% increase in ticket prices, which could reduce demand.

Some climate organizations are proposing that short haul flights be done away with entirely. The U.K.-based Campaign for Better Transport is calling for a halt to all domestic plane journeys in Britain. In April, the French parliament voted to ban short-haul internal flights when rail alternatives could cover the journey in two-and-a-half hours or less. Germany’s Green Party is seeking a similar ban.

An all-stick approach to reducing carbon emissions isn’t going to work long term, and there could be a backlash if rail options don’t step up with viable alternatives. Railways are also subsidized, but in most countries there is very little competition among carriers, which keeps prices high. Nor is there a rail equivalent to Skyscanner or Expedia that allows for easy route and fare comparisons. “The rail market needs to become a bit more 21st century,” says Murphy. That means more flexible routes and competitive options. Austrian railway company ÖBB is expanding its overnight passenger train service throughout Europe and is positioning itself as a hipper, more climate-conscious alternative to budget flights. It’s a start, says Murphy, but there needs to be more if rail is to truly compete with air transport.

In the U.S., where rail networks are limited, and cross-country train travel is a major time and financial commitment, it’s not a question of making trains cheaper but of reducing overall demand for flying until more sustainable aviation fuels and carbon-free flights are a real option, says Zheng. “Cheaper flights induce demand. Our challenge is that the real costs of carbon emissions are not integrated into the ticket price.” The new carbon-emissions tracker on Google Flights, which allows customers to search by carbon-emissions estimates as well as by ticket cost and travel duration, is a “solid first step,” says Zheng. “Obviously avoiding unnecessary trips helps, but in the short term, flying is still going to be pretty carbon intensive. So, it’s a very useful tool that allows consumers to be conscious of their impact.” It also introduces a kind of competition that is actually good for the climate: it’s now easier to compare emissions even among cheaper flights, says Zheng. “Making those choices at a large scale sends a pretty clear signal to carriers that consumers want them to cut their emissions.” So even if there is no choice but to take a flight to COP26, at least you can choose one with a lower carbon impact. 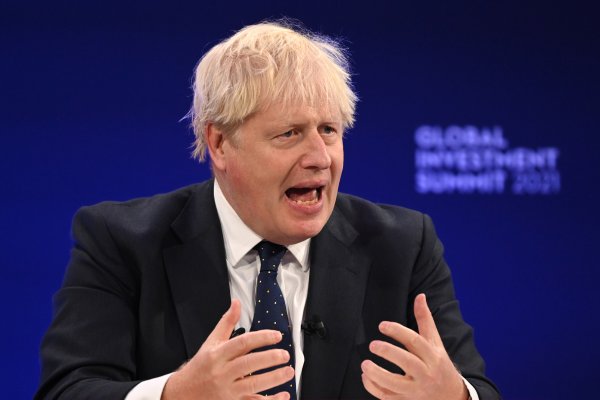 U.K. Sets Out Sweeping Plan to Reach Net-Zero Emissions
Next Up: Editor's Pick