Breaking Down the Controversy Around Dave Chappelle's Netflix Special The Closer

The comedian Dave Chappelle loves making people mad. Throughout his career, he’s delighted in delivering jokes that offend or tell uncomfortable truths—and his latest special for Netflix, The Closer, is no different. In it, he explores at length his strained relationship with the LGBTQ community, clarifying some off-color jokes he’s told over the years while delivering new ones unflinchingly.

The special, which arrived on Oct. 5, has resulted in plenty of backlash from the LGBTQ community and trans activists, with many on social media pressuring Netflix to remove it from their services. In response, Netflix co-chief executive Ted Sarandos came to Chappelle’s defense, vowing to leave it up no matter how much criticism the company received. None of this has stopped viewers from hitting play: the special is currently #3 on Netflix’s Top 10 in the U.S. Here’s what’s unfolded in the last few days, and how it fits into Chappelle’s career more broadly.

Chappelle explores his own transphobia in The Closer

Over the years, Chappelle has built plenty of jokes around trans subjects, including in three of his most recent stand-up specials for Netflix. In them, he compared being trans to Rachel Dolezal pretending to be a different race, and wonders what would happen if he woke up and decided he was Chinese, or if Lebron James decided to be a woman in order to dominate the WNBA. (Donald Trump used the same argument at a rally this year.)

The Closer is even more obsessed with the subject, as he weaves in and out of the topic over its 70-minute runtime. He jokingly (and perhaps half-truthfully) calls himself “transphobic” several times, and says he learned that word when he was first called out for making anti-trans jokes in a standup set 16 years ago after leaving Chappelle’s Show.

Chappelle argues that the people who are most angry at him are the ones who only hear his soundbites as opposed to whole sets. He says the target of his jokes are not gay or trans people but white people, and insinuates the jokes are retaliatory for the way that queer white people still oppress Black people. “I have never had a problem with transgender people. If you listen to what I’m saying clearly, my problem has always been with white people,” he says. At another point, he expands upon this, saying, “Gay people are minorities until they need to be white again.”

But Chappelle does make many jokes at the expense of trans people throughout. He expresses discomfort at being “tricked” into calling a trans woman beautiful, likens trans women to white people wearing blackface and compares the genitalia of trans women to plant-based meat. He also aligns himself with J.K. Rowling and calls himself “Team TERF,” stating, “gender is a fact.”

Chappelle then ends the special by telling a story about Daphne Dorman, a trans comic who he befriended in San Francisco. Chappelle says that Dorman opened for him one night at a comedy club, and that the pair then engaged in a frank discussion onstage about trans identity. Chappelle says that when he told Dorman he still didn’t understand her, Dorman responded: “I don’t need you to understand me. I just need you to believe that I’m having a human experience.” Chappelle says he responded: “I believe you, because it takes one to know one.” Dorman posted complimentary things about Chappelle and their burgeoning friendship around that time. She died by suicide the following month.

At the end of the set, Chappelle pledged to stop performing material about the LGBTQ community. “I’m done talking about it. All I ask of your community, with all humility: Will you please stop punching down on my people?”

In the days after the special was released on Netflix, many flocked to social media to issue criticism and demands for Netflix to take down the special. In a statement, GLAAD said, “Netflix has a policy that content ‘designed to incite hate or violence’ is not allowed on the platform, but we all know that anti-LGBTQ content does exactly that.”

Trans activists pointed toward Chappelle’s erasure of Black trans people—in his framing of the debate as being between Black rights versus trans rights—and argued that Chappelle misstated the extent of J.K. Rowling’s transphobia. David Johns, the National Black Justice Coalition’s executive director, called for Netflix to remove the special, writing to Deadline, “With 2021 on track to be the deadliest year on record for transgender people in the United States—the majority of whom are Black transgender people—Netflix should know better. Perpetuating transphobia perpetuates violence.”

In the Guardian, the comic Dahlia Belle accused Chappelle of using Dorman as a rhetorical shield without actually caring for her. She wrote that Chappelle essentially made Dorman out to be “the Good Tranny,” in the way that white people held up Jackie Robinson and other Black people they deemed to be respectable as “good Negroes.”

“Every transgender person I know has lost someone by suicide, and rarely has the reason ever been what other trans people have said to them on Twitter. Hell. You said it yourself, Dave: ‘Twitter isn’t real.’ The marginalization, mockery, dehumanization, and violence many of us face everyday of most of our lives is what fuels our despair,” Belle wrote. “For you to use Daphne’s tragedy as your closing tag is the only thing you’ve done that’s made me angry enough to write a letter.”

On the other hand, Dorman’s own family came to Chappelle’s defense, with her sister Brandy telling the Daily Beast that Dave “loved my sister and is an LGBTQ ally.”

“What he’s saying to the LGBTQ family is, ‘I see you. Do you see me? I’m mourning my friend in the best way I know how. Can you see me? Can you allow me that?,’” Brandy Dorman wrote on Facebook. “This was a call to come together, that two oppressed factions of our nation put down their keyboards and make peace. How sad that this message was lost in translation.”

The special has created a firestorm at Netflix

While many people focused the brunt of their ire upon Chappelle, many others went after Netflix for giving him a platform. Last week, Jaclyn Moore, an executive producer for the Netflix series Dear White People who is also trans, said she would boycott working with the company “as long as they continue to put out and profit from blatantly and dangerously transphobic content.”

Terra Field, a trans Netflix engineer, wrote on Twitter that Chappelle’s special “attacks the trans community, and the very validity of transness.” When she and two other employees attended a virtual meeting for top executives that they were not invited to, they were subsequently suspended, according to the New York Times.

A Netflix spokesperson refuted the idea that Field had been suspended for voicing her opinions, writing: “It is absolutely untrue to say that we have suspended any employees for tweeting about this show. Our employees are encouraged to disagree openly, and we support their right to do so.”

Netflix’s co-chief executive Ted Sarandos, meanwhile, sent a memo to employees addressing the situation and arguing that The Closer didn’t cross the line of inciting hate or violence; he vowed to leave the special up on the site no matter how loud the criticism became. “Distinguishing between commentary and harm is hard, especially with stand-up comedy which exists to push boundaries. Some people find the art of stand-up to be meanspirited, but our members enjoy it, and it’s an important part of our content offering.”

In an email on Monday, Sarandos doubled down, writing: “we have a strong belief that content on screen doesn’t directly translate to real-world harm…We have Sex Education, Orange Is the New Black, Control Z, Hannah Gadsby and Dave Chappelle all on Netflix. Key to this is increasing diversity on the content team itself.” The following day, trans employees and allies at Netflix began organizing a walkout scheduled for Wednesday, Oct. 20. A leader of the company’s trans employee resource group wrote to its members, according to The Verge: “Netflix has continually failed to show deep care in our mission to Entertain the World by repeatedly releasing content that harms the Trans community and continually failing to create content that represents and uplifts Trans content.”

Gadsby, the Australian comic who was catapulted to international fame thanks to her 2018 Netflix special Nanette, also responded to Sarandos angrily. “I would prefer if you didn’t drag my name into your mess,” she wrote on Instagram. “You didn’t pay me nearly enough to deal with the real world consequences of hate speech dog whistling you refuse to acknowledge, Ted. F*ck you and your amoral algorithm cult.”

On Friday, Netflix announced it had fired a staff member for leaking “commercially sensitive information” with a news organization about the special. 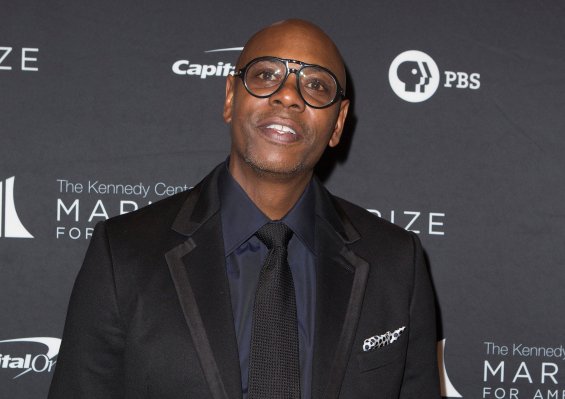