American schools will begin this year in a new phase of the nationwide debate over what and whether young people should be learning about race. In the last several months, at least seven U.S. states have passed regulations to limit how the subject is taught in public schools. But, even without those rules, many American schools are already failing to equip their students with knowledge on the topic. And we know firsthand just how harmful that can be: Only a few years ago, we lived it.

We grew up in Princeton, N.J.—a town that cares about its brand. Test scores are good. Children behave. Albert Einstein’s house is here. George Washington fought there. A drive down Stockton Street submerges you in the same canopy of soft, stroking greens that once incubated the famous men in your textbooks. The main industry is intellect. The school district is a $100 million operation with 4,000 students, 700 staff and six buildings. Since the pandemic, it has spent an estimated $2.5 million dollars to ensure that students and schools were equipped for the changes in learning.

Princeton’s white parents often say that their kids love people of all colors—Black, brown, yellow, green or blue. But this persistent colorblindness obscures racist systems at play. These are among our earliest memories: for Priya, being handed a peach-colored crayon to draw a self-portrait, despite her brown skin; for Winona, calling a friend for a playdate in kindergarten and being told, “I’m sorry, I don’t play with Chinese girls.”

Research has shown that kids start developing signs of prejudice and stereotyping at 3 or 4 years old. Yet, the first time we discussed race in school was at 15 years old—far too late to learn that we had as much dignity as other young people. That we are not what white people say about us. That, as James Baldwin wrote, one of our best weapons for refusing this criminal conspiracy depends on what we decide we are worth.

Recognizing that financial literacy is necessary to navigate the world, many states require schools to teach the subject. But racial literacy—equipping young people to see and act on our highly racialized world—is just as crucial. Why isn’t that a common requirement too?

When we were in tenth grade, in fall 2015, our U.S. history teacher shared news clips about the deaths of Eric Garner and Michael Brown. It was the first time we remember a teacher talking about race. In the following months, we met with other students in empty classrooms, role-playing how to approach people to expand that discussion. Our group was never formally “allowed” to organize—but we asked ourselves, allowed by whom? The same powers-that-be who avoided race altogether to begin with? When we first asked for help, educators said, “You kids have a lot to learn. Race is a topic for college.”

Our district superintendent agreed to meet with us. He walked into the conference room, sleeves rolled. We handed him a packet enumerating our observations and ideas. Race was confined to our history classes—presented as a past problem, affecting people of color alone, as if race didn’t structure every part of all our lives. Students needed to hear stories to make race urgent, we explained, and to know the facts to place that urgency in systemic context. But our teachers told us they needed more top-down support to change things.

“This is great,” he said. “Just know that changing the school district is like turning an aircraft carrier. You have to do it far in advance.”

But there was no time to wait. In our hometown, Black students recall a teacher explaining to the class whether they would have been house slaves or field slaves. Community leaders compare teachers to the police. Viral photos expose high-schoolers playing “Jews vs. Nazis” beer pong. But when we were in 11th grade, a racial literacy textbook we had made for our own district began to be used by teachers across the country. So, after graduating, we traveled across the 50 states to interview strangers about race for another book. We were especially curious to hear from young people like us. In Little Rock, Ark., elders shared with us how they integrated their schools a half century ago, and high schoolers testified how white students and students of color still “do not mix.” In South Dakota, at the Pine Ridge Reservation, two teens told us they were deciding whether to stay. “Sometimes I feel stuck here,” one said. “But I wouldn’t want to be anywhere else. Our language is dying down, and our generation has to keep it going.” Students had been repeatedly told, as we had been, that race is a topic to discuss later in life—even though they already lived every day with the consequences of America’s refusal to have that conversation.

Schools are microcosms of society. Princeton teacher Gita Varadarajan told us that this March, after a white man in Georgia killed eight people, including six women of Asian descent, one of her fourth-grade students told her that she might not be considered an American because her skin was not white and she had an Indian accent. The children in that classroom can’t afford to wait either.

How can educators be prepared to address something like that? What would it take for Varadarajan’s fourth graders to understand why they associate being American with being white, and then be equipped to untangle themselves from that narrative? Learning racial literacy can help young people unlearn and refuse all forms of social domination—to reconfigure, together, how we relate to one another.

This fall, every New Jersey school district is required to teach about diversity and inclusion. Princeton has implemented a district-wide racial literacy curriculum, which debuted in 2018 after a year of student advocacy. Starting with the high school class of 2025, an online version will be required to graduate. Elementary schoolers will meet racial literacy standards in humanities courses. Middle schoolers will learn racial literacy as part of their gym rotation.

We wonder about our peers in Idaho, Oklahoma, Tennessee, Texas, Iowa, New Hampshire and Arizona. What would it mean for us all to grow up differently? 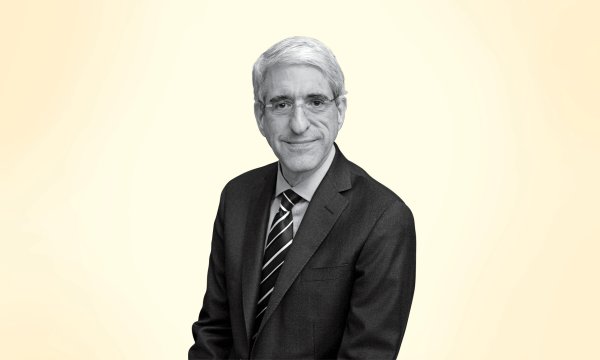 Universities Can Build a More Resilient Future Post-Pandemic
Next Up: Editor's Pick