Members of the House Select Committee on Constitutional Rights and Remedies are gathered for hearings on bail reform and election integrity bills at the Texas State Capitol on July 10, 2021 in Austin, Texas. Lawmakers are using a special session of the 87th Legislature to work through a list of priorities set by Republican Gov. Greg Abbott which include overhauling the states voting laws, bail reform, border security, social media censorship, and critical race theory.
Tamir Kalifa/Getty Images
Ideas
By Aziz Huq

Huq teaches at the University of Chicago Law School

By the end of June, 29 Republican-led state legislatures had considered and nine had enacted laws to penalize schools or teachers teaching critical race theory (CRT). Whether or not such laws would stifle anything taught in public schools today is uncertain because existing legislative control over curricula is already extensive. But the war against CRT is spilling into new arenas: Florida’s anti-CRT law forces colleges to survey how “competing ideas and perspectives” are presented, threatening funding cuts if a university is “indoctrinating.”

A paradox lies at this largely conservative campaign against CRT. If you slice through the rhetoric, it rests on a view of free speech that the political right, until now, stridently and correctly rejected: That speech can and should be curtailed because it makes some people feel uncomfortable or threatened. As a result, perhaps the most powerful argument against CRT’s critics is located on the political right, particularly in a recent opinion by Justice Samuel Alito, one of the most conservative members of the Supreme Court.

Consider first how varied and inconsistent the portrayals of CRT on offer are. The Republic Study Committee defines CRT as a belief in “racial essentialism.” In contrast, Ellie Krasne of the Heritage Foundation postulates that CRT is “rooted in Marxism,” and so defines race as “a social construct, enforced by those in power (white men).” Similarly, the Manhattan Institute’s Christopher Rufo talks of CRT as “identity-based Marxism.” He detects it whenever terms such as “social justice” and “diversity and inclusion” are used, and so sees it “permeat[ing] the collective intelligence and decision-making process of American government” in advance of a socialist uprising.

Turn to the newly-minted laws, and one finds yet other, quite different depictions. Florida’s, for example, defines it as any “theory that racism is not merely the product of prejudice.” Idaho’s characterizes CRT as teaching that treats people as “inherently responsible for actions committed in the past by other members of the same … race.”

These definitions of CRT can’t be reconciled. None offer clear guiderails to what precisely it means to ban CRT—No more talk of race as an identity? No discussion of laws or institutions that create racial stratification? Taken literally, some of the definitions also extend absurdly far. Florida’s could prohibit Nobel Prize-winning University of Chicago economist Gary Becker’s work on discrimination, because Becker identifies market concentration and education (not “merely” prejudice) as causal predicates of discrimination.

Perhaps it’s a mistake to look for a stable definition of CRT threading together the case against it. For at the core of the case against CRT is instead the simple idea that people shouldn’t be made to feel uncomfortable about their advantages or others’ disadvantages. This is a version of the “belief in a just world” that psychologists long ago identified. But here it has a partisan edge: it is about appealing to people—especially those in “swing districts” targeted by Republicans in 2022—who feel unease in their present relative advantage, but find it costly to dissect such discomfort.

Both the Idaho and the Florida laws target suggestions that someone should be responsible for disadvantages now faced by Blacks and other minorities, beyond a narrowly defined coterie of ‘bad’ discriminators. Similarly, Krasne centrally objects to being made to feel that she is “an enemy of all that is good.” Rufo complains in a similar vein about people having to write “letters of apology”—since whites have nothing to feel culpable about. As one (white) letter writer to the Laconia Daily Sun plaintively said, the problem with CRT is that it surfaces the possibility of “systems and rules that work in my favor, benefiting me every day, month and year, that are not available to anyone else in America.” Indeed.

The case against CRT, in short, is not about a fixed set of ideas. It is about wanting to avoid certain feelings of discomfort or even shame. But the right has encountered this idea before—and seemed not to like it. Until recently, commentators on the political right have claimed that universities are captured by “leftist” students who “don’t think much” about free speech, or who “don’t want to be bothered anymore by ideas that offend them.” A “jargon of safety” in universities, complained commentator Megan McCardle, is then used to “silence” those who don’t agree.

Conservatives disparage arguments made by “snowflake” college students. But the case against CRT is made of the same stuff. As such, it is subject to the same response. Hence, in a recent opinion concerning off-campus student speech, Justice Alito explained why a student’s crude rant about being excluded from a cheerleading squad could not be punished in simple terms: “Speech cannot be suppressed just because it expresses thoughts or sentiments that others find upsetting.” This is indeed the law: The Supreme Court has not allowed the state to prohibit or punish speech because it riles up an audience since 1951.

The idea that audience discomfort provides a justification for censorship, that is, is at profound odds with our free speech tradition. The case against CRT shows why: Because it turns on how an audience feels, this argument for speech bans has an indefinite, elastic quality, one that accommodates an endlessly voracious appetite for censoriousness. One of the lessons of the CRT debate, indeed, is that offense can and is taken at indubitably true facts. In many educational contexts, this would mean that either side of a hot-button issue would have the right to shut the other down.

Ironically then, if there is a lesson to be learned from the war on CRT, it has nothing to do with how to talk about race—and everything with how the Trumpian revolution continues to devour the principles of American conservatism. 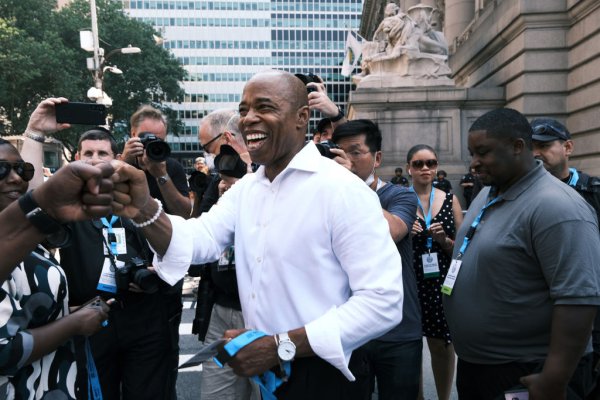