House Speaker Nancy Pelosi gave her Republican counterpart a chance to rethink his choices of appointees to a special panel to study how and why insurrectionists breached the U.S. Capitol on Jan. 6 in a brazen attempt to derail democracy. “I’m reviewing that,” she said Tuesday morning of House Minority Leader Kevin McCarthy’s picks for the panel, with a concision typical when she’s trying to say something without being explicit. In other words, she was aware McCarthy had asked her to appoint two loyalists to former President Donald Trump, who was impeached for inciting the mob to attack the Capitol, ultimately leaving five dead.

Pelosi gave McCarthy a day to read the room. Seeing no change in his position, she announced she would accept only three of the GOP’s picks, rejecting Reps. Jim Jordan and Jim Banks, two outspoken Trump allies who had voted against certifying the 2020 election results. Upon hearing the news, McCarthy decided he would boycott the panel entirely as a political exercise designed to embarrass Republicans, many of whom continue to promote The Big Lie that Joe Biden is not the legitimately elected President of the United States. Instead, McCarthy said he would be empaneling his own investigation to find out what role Democrats played in sparking political violence. (Fact: Democrats did not storm the Capitol.)

“Pelosi has broken this institution,” said a seething McCarthy on Wednesday after Pelosi’s announcement.

In Washington, there is the type of outrage lawmakers can summon for show. Ultimately, though, the lights go down, the show ends and they move on with the next post office to rename or park to dedicate. Most players get the game and you occasionally see its lighter side, like when female lawmakers from both parties band together to play a charity softball game against female members of the Capitol press corps.

McCarthy is usually that kind of showman. He likes to be liked. He’s deeply conservative but—to borrow a phrase from former Arkansas Gov. Mike Huckabee—he’s typically not mean or angry about it. He’ll fight from a place of political gamesmanship but he can leave the pieces behind when he heads to a social event, where he is more comfortable glad-handing with donors and lobbyists. He would much prefer to dodge budget scores to talk about his latest bicycle ride through Rock Creek Park or—in times gone by—how Kevin Spacey’s office in House of Cards looks very much like his own.

So to watch McCarthy go so deep into rage yesterday was jarring. I had to think about the last time that I had seen him so visibly—and seemingly sincerely—agitated. Then it hit me: on Jan. 6 itself, when McCarthy strode through a still-smoky Capitol to speak on the floor of the House. Then, he urged colleagues to drop protests certifying Biden’s victory and pause to consider the fact that a violent pack had come closer than anyone in the room would like to admit to reaching them. “Nobody has a right to become a mob and we all should stand united in condemning the mob together,” he said. A week later, as the House voted to impeach Trump a second time, McCarthy said he was against the proceedings because they were too rushed, before adding this: “The President bears responsibility for Wednesday’s attack on Congress by mob rioters.”

Two weeks later, McCarthy was at Mar a Lago for a meeting with Trump to discuss how the ex-President might help Republicans win back a majority in the House and, with it, make McCarthy the next Speaker. Not six months later, McCarthy was nominating two of the 147 Republicans who rejected the results of the 2020 election to serve on the House panel that will probe the insurrection. This newsletter has covered Trump’s perceived hold over the GOP plenty in the last six months, but it deserves one more repetition: most Republicans don’t see a way to win in 2022 without keeping Trump and his base happy.

It’s clear McCarthy is making the play for 2022 and not a minute further. Historians will not judge the Republican Party kindly for this sheer political calculation given what we know now about how the Jan. 6 rally was planned on social media and promoted among far-right fringes of the GOP. But if McCarthy is known for being a likeable guy, he also doesn’t exactly have a reputation for thinking beyond the current fight. As The L.A. Times’ sage political columnist Mark Z. Barabak asked in a recent piece about the California Republican’s pliability these days: “Why get hung up on principle when power is so near at hand?”

For her part, Pelosi did her best to avoid this pitched partisanship. She sought to establish a special commission, similar to the one formed after the Sept. 11 terrorist attacks, to sidestep explicit partisanship. She even ceded to Republicans’ complaints that they weren’t getting the same number of seats and staff. The effort cleared the House with just two GOP votes before failing in the Senate. Facing that reality, Pelosi announced she was creating a select committee made of House lawmakers, whom she could veto.

And today she had no apologies at the ready for spiking two of McCarthy’s picks. “They had made statements and taken actions that I think would impact the integrity of the committee, the work of the committee,” the Speaker told reporters. When asked about Republican criticism of the move, Pelosi calmly replied, “Perhaps you’ve mistaken me for someone who cares about that.”

From the start, Republicans crowed that Pelosi was creating a political tool—a third impeachment panel. And then they went on to name two of the most partisan Trump acolytes to serve on it, including one who skipped the vote on Pelosi’s first effort so he could tour the Texas border with Trump. McCarthy previously had told Republicans that if they accepted Pelosi’s invitations to serve, they would be booted from all committee assignments. So far, only Republican Rep. Liz Cheney—who lost her job as the third-ranking Repubican in the House because she refused to humor Trump’s lies about the election—has accepted a spot on the committee.

If McCarthy follows through with his threat to boycott and form his own so-called investigation into Jan. 6, he will be leaving Trump’s fate and a verdict on the broader GOP with Democrats and Cheney alone, one of her party’s most talented infighters in quite some time to hold up Republicans’ flag. And there’s a good bet she won’t be using it to break windows like the mob did on Jan. 6. Absent any other GOP participation, it’s doubtful that Republicans will even bother to crack the binding on the eventual report the select committee produces, leaving Democrats and Republicans to choose their own truth about what happened on Jan. 6. It’s hardly an outcome that builds confidence in democracy. 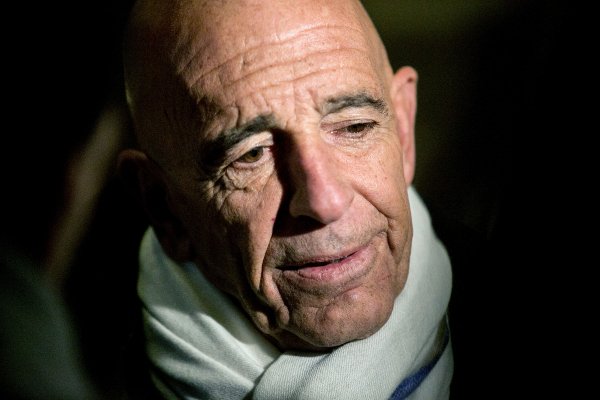 Foreign Lobbying Isn’t Inherently Bad—Until There Are Lies
Next Up: Editor's Pick