The Mob Comes for Liz Cheney

Liz Cheney speaks after being voted out of her House GOP Conference Chair position in the Capitol in Washington on May 12, 2021.
Jim Lo Scalzo—EPA-EFE/Shutterstock
By Philip Elliott

Liz Cheney needed five of her colleagues to stand with her. That would have forced her fellow Republican members of the House to have a tallied — yet still secret — vote about booting her from the GOP Leadership team. But that didn’t happen this morning.

Instead, she drew audible boos during an unusually efficient closed-door meeting of House Republicans that lasted less than 15 minutes. Upon being shouted out of the position once held by her father, she calmly walked down the center aisle of the meeting room and out the doors. A smattering of applause met her, although it’s not entirely clear if members of Congress were cheering the fall of one of the most prominent Republican families in the country or thanking her for years of work on behalf of conservative causes, even if all of that suddenly mattered for naught.

Ultimately, the motives didn’t matter for Cheney, a Wyoming Republican and a member of a family that has yielded a Vice President, Defense Secretary, White House chief of staff and National Endowment for the Humanities chairwoman. Cheney dared to buck former President Donald Trump’s bogus claims that he had actually won the election last year. In openly rejecting what has come to be known as The Big Lie, Cheney strayed too far from acceptable beliefs within a party still kowtowing to the former President’s base. She simply had to go.

“If you want leaders who will enable and spread his destructive lies, I’m not your person,” Cheney said during the private meeting, according to a Congressional aide. She then stood as her colleagues rendered their spoken verdict. Cheney, of course, did not flinch.

The moment has been brewing for a while. Cheney was one of 10 Republicans in the House who voted to impeach Trump for his role in inciting a Jan. 6 insurrection at the Capitol designed to overturn the results of the election. Cheney has never second-guessed herself. Trump had stood near the base of the Washington Monument and ordered his supporters to march on the Capitol. Once there, they violently stormed the iconic marble halls, vandalized the storied halls, raided offices and plundered what they found. Members of Congress hid in closets and conference rooms, ducked under balcony rails and rushed to bunkers. More than 140 people were injured and five died.

More than 400 people have now been criminally charged for their role in the raid on Washington. But the mob mentality outside the building didn’t seem troubling for GOP lawmakers, who embraced their own mob mindset this morning. Faced with a choice — joining Cheney in saying Trump was a loser who inspired violence or perpetuating Trump’s false claims that he was the rightful President still — the Republicans decided to go the easier path.

Cheney, who remains a member of Congress, made clear she had no plans to move into irrelevance. She met the reporters gathered outside the meeting space and vowed to continue her fight against Trump and Trumpism. “I will do everything I can to ensure that the former President never again gets anywhere near the Oval Office,” Cheney said. Moments later, she was sitting down with NBC News’ Savannah Guthrie for her first interview as the defacto leader of the GOP’s internal opposition. “This is the opening salvo in that battle, and it’s a battle we have to win,” Cheney said.

It’s a safe bet that she isn’t going to slink away from the microphone. She is now the most prominent Republican office-holder in Washington to stand against Trump’s continued hold over the party — which makes her an unlikely hero of Democrats who have held her family in contempt for decades.

There appears to be some appetite for Cheney’s calls for reform. At least 100 high-profile Republicans are prepared to issue an ultimatum this week that the GOP change course or face the creation of a third-party to stand on the right, and also with facts. Given a choice, there are plenty of true conservatives in this country who might find themselves out of step with the current Republican Leadership on the Hill. After all, if Elise Stefaniak is elevated to replace Cheney as expected, the top three Republicans in the House will have endorsed The Big Lie and voted against certifying Joe Biden’s victory.

That may be where roughly 7-in-10 Republicans are right now, but that doesn’t make them right. For the remaining Republicans, knowing better might make them a force that can’t be ignored, especially in crowded primaries. For her part, Cheney suddenly has some unexpected free time to get her party back on track. 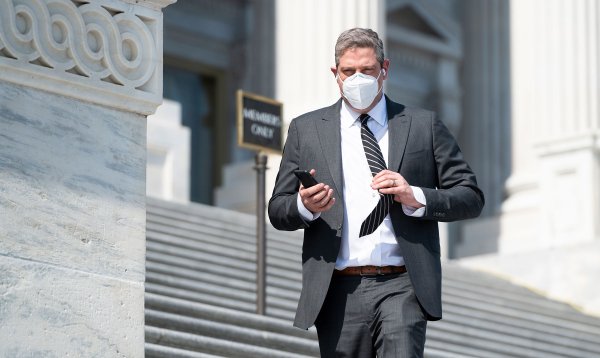