For years, there was always a tweet. At least until there wasn’t.

In 2014, as tensions were aflame in Ferguson, Mo., after the shooting of Michael Brown, then-private citizen Donald Trump took to Twitter to mock the President. “Obama is community organizing from the Oval Office on Ferguson today,” Trump tweeted with typical contempt and obvious amplification of conservatives’ favorite ding of Obama as an activist. “More riots sure to follow.”

I’d link to the original tweet, but Trump is now banned from the platform, which is precisely why we care about this right now at The D.C. Brief.

Back then, “community organizing” was a shorthanded criticism of Obama’s non-traditional pathway to the White House and an unsubtle smack against the process of building communities and using a sense of unity to force change. It also gave Obama’s detractors permission to ignore his history-making win, his best-selling memoir and his formidable political talent — potentially a once-a-generation skill that has made everyone who came after seem amateur. (“Thanks, Obama” has a different resonance among the next generation leaders who struggle to match his aptitude.)

But Trump, a leader of the Birther Movement against Obama and considering yet another White House run of his own, just wanted to feed the beast that was his online following, revving up for a future White House run.

Well, it turns out Obama’s skills at building a movement may have a rival in Trump, whose time following his decisive November loss has been spent building a fraternity of grievance and community of wrongs. Just witness the Jan. 6 insurrection at the Capitol, an event that ultimately got him booted from the social media platforms he once used to troll enemies. Trump’s return to rallies portends more of the same Make America Great Again fantasy that keeps fact-checkers in business. As he’s told friends and hinted to supporters, he seems to think he’s going to be reinstated as the President of the United States by some miraculous fiat.

This week, Trump stretched our incredulity once again, even while under legal scrutiny from prosecutors in New York. From his private club in Bedminster, N.J., he announced on Wednesday he would be suing Facebook, Twitter and Google—and their leaders—for booting him from the platforms. The tech platforms independently decided that the risk of giving Trump back the keys to the kingdom was no longer worth the millions they reaped in advertising revenue for his presence on them. It’s not a corporation’s responsibility to protect anyone’s Free Speech rights.

The Trump lawsuits against Big Tech aren’t meant to win. They are meant to fundraise, which is why the Republican Party’s campaign arms amplified this message and much of Washington just shrugged when Trump filed the suit. The former President’s op-ed today The Wall Street Journal is only marginally more cogent than his Wednesday press conference. As if to drive home the lack-of-seriousness of his efforts, he filed the suits in the Southern District of Florida—not the California jurisdictions that Facebook’s terms of service agreements require when anyone signed up, be it you, me or the Pope, whom Trump once assaulted via Twitter.

Trump is the master of using a lawsuit as a proxy for press releases. The suits here are meant to engender baseless grievances that social media companies silence conservatives, and whip up more animosity against the Silicon Valley elite among his supporters. It’s Community Organizing 101: There’s almost no way Trump will get his log-in credentials back on his social accounts, but there is a way that he convinces his loyalists that they should step in on his behalf and flood the platforms with his foolishness and victimhood. And maybe even vote for him again, should he choose to run in 2024 as he’s said he might. After all, as Obama showed us, one voice can change a room, but one room can change a country. 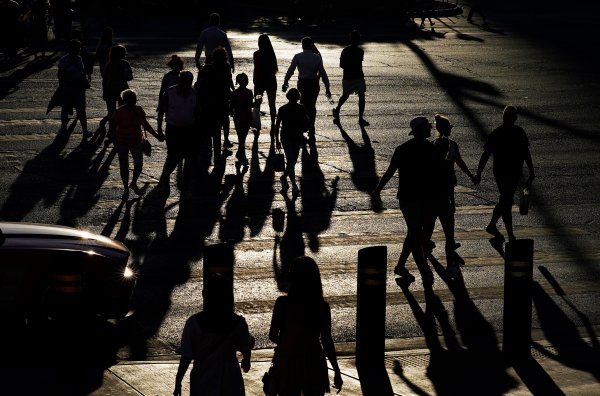 Why COVID-19’s Death Toll Will Climb Long After the Pandemic Is Over
Next Up: Editor's Pick