The pre-dawn surrender of Donald Trump’s longtime money man signaled a tightening grip on the former President’s businesses. Facing allegations that he dodged taxes on fringe benefits from the New York mogul, Allen Weisselberg planned to plead not guilty and said through his attorney that he would fight the charges.

The Trump Organization, too, was expected to face charges today. The ex-President was not.

In question? Perks like cars, tuition and housing that New York prosecutors say escaped taxation. The exact charges aren’t yet clear, but it’s nevertheless expected to be a bad day for Trump and a reminder that—at least in theory—no one is above the law. After all, if even the longtime Trump exec can get caught in a vise, no one is immune.

While liberals have been waiting for a day of reckoning, there are reasons for conservatives, too, to mark this day. Republicans for years have positioned themselves as the party of Law and Order. Now, those principles are coming home to one of their own. The merits of Weisselberg’s defense will determine if he stays atop the Trump Organization as its chief financial officer or if he heads to the penalty box for dodging taxes on perks that he and his family have enjoyed for decades. You can’t trust the system only when it applies to other people.

While Trump himself was not expected to face indictment today, it’s clear that prosecutors are looking hard at him, too. Trump has long argued any prosecutorial scrutiny of him and those in his orbit is purely political. And while liberals have long held a fever-dream of seeing Trump locked away for his shady finances, or worse, his murky-at-best wealth offers a wide target of scrutiny. Trump rode to power on the promise of his business acumen although reporting, notably by The Washington Post’s David Fahrenthold, have brought those brags into question.

Prosecutors reportedly have been trying to convince Weisselberg to dump his Trump loyalty and cooperate with them. That, for now, seems unlikely given Weisselberg’s decades of service to the Trump Organization and a seemingly unbendable allegiance to the man who leads it. Still, as the case takes shape, prosecutors seem increasingly confident in their material.

The presidency simultaneously intensified and spared Trump any legitimate oversight of his businesses. From the time Trump descended the golden elevator and declared his candidacy for the presidency back in 2015, his businesses have been a curiosity for the public and a subject ripe for scrutiny for prosecutors. Because Trump never offered a full and public accounting of his businesses and his finances during the campaign or during his presidency, questions only mounted over the years. Now out of power—and having dodged a record two impeachments—he is still under a magnifying lens. Trump leveraged the aura of his office to multiply his money, but it may now haunt him in his post-presidency years. Which begs the question: were the last four years really worth it for the Trump orbit? 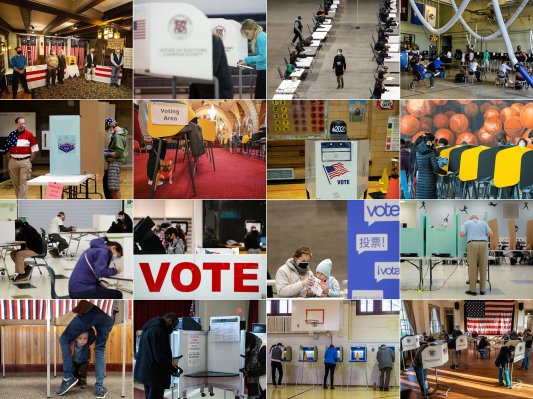 Are Demographics Destiny? Maybe Not, New Pew Numbers Suggest
Next Up: Editor's Pick