Vacation, all we ever wanted—especially now that travel is starting to feel safe again. So great is the thrill of drawing up an itinerary for the first time in 16 months that it might plunge us into denial of what we know deep down: that vacation is no panacea. It’s a break from work, sure, for those who can actually log off. But our real troubles, the ones that infect our most precious relationships, can’t be checked at the front desk of any five-star hotel. They follow us to our destinations, reframing our every experience, like human remains in the cargo hold of a plane packed with tourists.

This grim metaphor constitutes the opening scene of The White Lotus, a darkly hilarious, existentially terrifying HBO miniseries from writer, director, actor and occasional reality-TV star Mike White. In a Hawaii airport, a tourist couple interrogates a somber-looking man (perennial rom-com boyfriend Jake Lacy in spoiled-frat-boy mode) about his honeymoon at a resort called the White Lotus. “Our guide told us someone was killed there!” the woman exclaims. Yes, says the groom; the body is, just now, being loaded onto the plane they’re about to board. Then it occurs to the couple to ask where his bride is. “No offense,” he replies. “Leave me the f-ck alone.”

Though it’s tempting to draw conclusions, the show takes its time returning to the question of who died and how. Flashing back to a week earlier, it follows a handful of VIP guests—including Lacy’s Shane and his marital acquisition, struggling journalist Rachel (Alexandra Daddario, recently seen in The Girlfriend Experience)—at the resort. If the newlyweds have dragged along their fundamental incompatibility as baggage, then weepy, disarmingly honest Tanya (an astounding Jennifer Coolidge) has only her loneliness and her mother’s ashes to declare. Rounding out the fancy bunch are powerful executive Nicole (a smartly cast Connie Britton), her emasculated husband Mark (Steve Zahn) and their screen-addicted teen son Quinn (Fred Hechinger from The Woman in the Window) and snarky socialist daughter Olivia (Euphoria’s Sydney Sweeney), who’s brought her college pal Paula (Brittany O’Grady of Little Voice). Scathing, hilarious and hypocritical (Olivia on Hillary Clinton: “She was a neolib and a neocon”), the girls are some of the sharpest Gen Z characters I’ve seen.

Coordinating the downstairs to this messy upstairs is resort manager Armond (Looking’s Murray Bartlett). Smooth with guests and exacting but also weirdly philosophical with staff, he starts to unravel when a new hire goes into labor on her first day. Armond’s idea of good service is aptly infantilizing; guests, he says, “get everything they want, but they don’t even know what they want.” No one understands this better than genuinely caring spa director Belinda (Natasha Rothwell of Insecure), whose quiet compassion makes a profound impact on the emotionally needy Tanya.

Yes, this is a hell is other people story. What makes it not just fresh, but thrilling is the way that Sartrean conceit gets filtered through the distinctive tragicomic sensibility of White, who wrote and directed every episode. Like his last HBO series, the cult classic Enlightened, The White Lotus (note the creator’s surname, as well as the extremely loaded invocation of the lotus, whose literary lineage will come up eventually) is uniquely attuned to characters’ internal conflicts as well as their varying level of self-awareness, and how that inner turmoil shapes their interactions. Shane has no idea what a nightmare he can be. Tanya, by contrast, is a disaster, but she knows that and tries to be honest about it. Staff at the resort don’t have the same—or, really, any—freedom to blurt out their own private thoughts. It’s when the hopes, appetites and resentments they’ve repressed come to the surface that life at the White Lotus spins out of control.

There are political elements at play here. Class differences aside, while the guests are almost all white and straight, the staffers we meet are Indigenous or Black or queer. And, as in Enlightened, the lofty principles characters espouse tend to dovetail conveniently with their own self-interest. Olivia’s Hillary-bashing is clearly meant to rile up her high-achieving mom. Would she or any of the guests really choose to give up their privilege, though, if given the chance?

Fortunately, White never gets so earnest in his arguments that he forgets to make the show fun. The White Lotus is still a summer-vacation romp. It uses the lovely Polynesian backdrop—traditional music as well as pristine beachscapes—to its fullest; in a luau sequence, the drums and dancing heighten both the intensity and the absurdity of each dinner conversation. The performances only heighten the pleasure. While Coolidge is bound to be the breakout, Zahn, Bartlett, Rothwell, Lacy, Sweeney and Daddario also hit career highs. Much of the humor comes from the creation of characters so specific and vivid that we can sense when they’re struggling to maintain outward calm while raging internally.

It’s an approach HBO subscribers impatient for the third season of Succession will surely appreciate. If the butt of that show’s jokes is corporate decadence, then White, who brings a touch more empathy to his satire, has equally profound things to say about the politics of leisure. Even better: he never makes getting to those revelations feel like work. 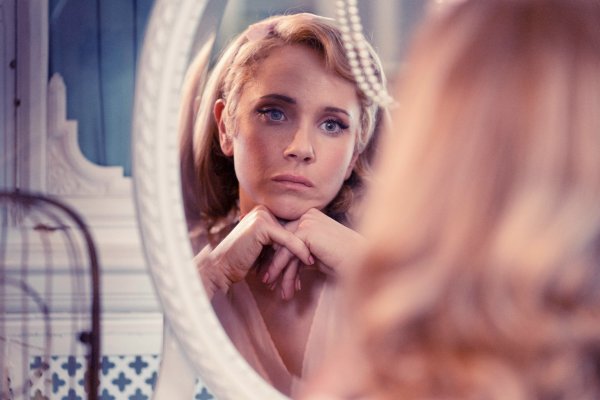 The 5 Best New TV Shows Our Critic Watched in June 2021
Next Up: Editor's Pick