Viola Davis, Lin-Manuel Miranda, Sandra Oh and some 300 other creators of color in the theater world published an incendiary open letter on Monday evening addressed to “White American Theater,” calling out systemic racism and demanding change.

“We have watched you exploit us, shame us, diminish us, and exclude us. We see you. We have always seen you,” the letter reads. “And now you will see us.”

The letter comes on the heels of mass protests following the police killing of George Floyd as well as a larger reckoning regarding widespread inequity across industries, from journalism to technology to food. Over the past week, black theatermakers like Griffin Matthews and Schele Williams have shared their own encounters with racist gatekeepers in the industry, while many organizations have been called out for hypocrisy as they voice public support for the protests despite decades of exclusion and complacency.

The letter published on Monday alleges that people of color in the theater world are suppressed through many structures within the industry, including board meetings, unions, criticism and fundraising campaigns. The result, the letter says, is a flood of plays “written, directed, cast, choreographed, designed, acted, dramaturged and produced by your rosters of white theatermakers for white audiences, while relegating a token, if any, slot for a BIPOC [black, indigenous, and people of color] play.”

Last year, an annual study from the Asian American Performers Action Coalition (AAPAC) found that in the 2016-17 theatrical season, 86.8 percent of shows were written by white playwrights. White performers also held 66.8 percent of roles, and were the only group over-represented in relation to their demographic footprint in New York City.

In 2017, a study by Actors’ Equity found that actors and stage managers who were women or people of color got fewer jobs and ended up in lower-paying shows compared to white male theater artists.

The letter also says that people of color are made to “jump through hoops” so that institutions appear diverse, including appearing at galas, panels and dinners; and that when people of color are given leadership positions or development opportunities, they are “undermined” or quieted “into obedience at the expense of our art and integrity.”

“We have watched you promote anti-Blackness again and again. We see you,” the letter reads.

The website’s “About” page says that the letter expanded from a small, private discussion into a much larger one: “Two of us called 10 of us, became 30 of us on a zoom. Then 30 of us called 10 of our networks and this is what resonated.” Signers also include Uzo Aduba, Sterling K. Brown, Cynthia Erivo, David Henry Hwang, Lynn Nottage, Billy Porter, Issa Rae and Apollo Theater executive producer Kamilah Forbes. Following the letter’s publication, many people shared stories of discrimination in the industry using the hashtag #weseeyou.

As of Tuesday morning, 22,000 people had signed a linked petition on Change.org demanding change in the theater world.

Another petition made the rounds on Change.org this week calling for the Apollo Theater to be recognized as an official Broadway theater. Such a move would allow Apollo productions to become Tony-eligible. 15,000 people have signed, but the idea has also garnered criticism on Twitter. 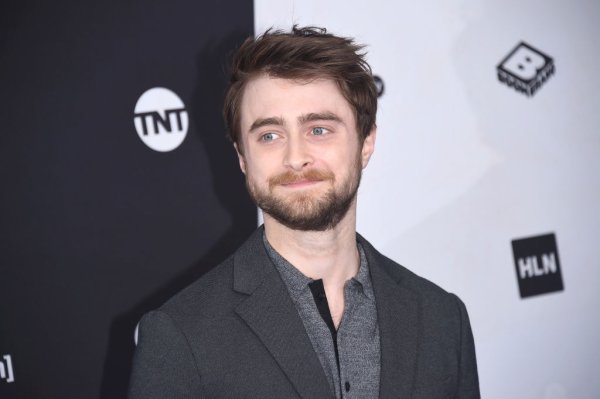 'Transgender Women are Women.' Daniel Radcliffe Speaks Out Against J.K. Rowling's Controversial Comments About Transgender People
Next Up: Editor's Pick