Lin-Manuel Miranda during an interview with host Jimmy Fallon on Nov. 6, 2015.
NBC/Getty Images
By Denver Nicks

Lin-Manuel Miranda, star of the hip-hop Broadway musical Hamilton appeared Jimmy Fallon’s Tonight Show on Friday and rapped about rainbows, pancakes, slam dunks and Michael Jordan in a freestyle battle against Black Thought from the band The Roots.

Miranda was on the show to promote Hamilton, a musical with a hip-hop soundtrack that covers the life of American founding father Alexander Hamilton. He took on Black Thought using Fallon’s “Freestyle Generator,” which randomly selects three words for the rapper to drop into a freestyle, such as “pancake” in Miranda’s case.

“I started at the bottom like my man Drake. I flatten it, flour, eggs like a pancake,” Miranda rapped. 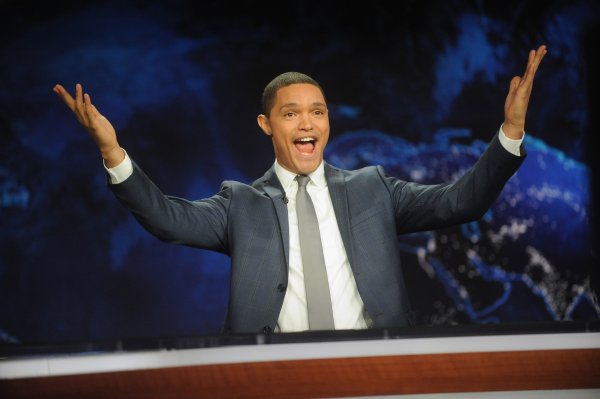 Daily Show Host Trevor Noah is Getting His Own Stand-Up Special on Comedy Central
Next Up: Editor's Pick