Brands Continue to Back Naomi Osaka, Showing an Evolution in How Sponsors Treat Athletes

Naomi Osaka of Japan during her match against Patricia Maria Tig of Romania in the first round of the Women's Singles competition on Court Philippe-Chatrier at the 2021 French Open Tennis Tournament at Roland Garros on May 30, 2021, in Paris, France.
Tim Clayton—Corbis via Getty Images
By Sean Gregory

Naomi Osaka is the world’s highest highest-paid female athlete. She has earned some $60 million over the past 12 months, according to Forbes, and is sponsored by a host of well-heeled companies, including blue-chip names like Nike, Nissan, Mastercard and TAG Heuer. When Osaka announced on May 31 that she was withdrawing from the French Open, citing a desire to tend to her mental health, sponsors lined up to publicly back her.

“Our thoughts are with Naomi. We support her and recognize her courage in sharing her own mental health experience,” Nike said. “Naomi Osaka’s decision reminds us all how important it is to prioritize personal health and well-being,” Mastercard tweeted. “We support her and admire her courage to address important issues, both on and off the court.”

Given that sponsors pay millions for athletes like Osaka to actively chase championships, their reaction to Osaka’s French Open decision marks the latest evolution in the relationship between athletes and sports organizations, and the sponsors that back them.

It’s not difficult to imagine a time in the not so distant past, when companies would have been reluctant to praise Osaka for dropping out of a Grand Slam. Michael Lynch, the former head for global sponsorship marketing at Visa, notes that five years ago, companies might not have rallied to support Osaka’s decision to back out of a Grand Slam event. “But today,” says Lynch, “more and more companies are liking the honesty and the openness of the athletes.”

Several things are driving this shift. In sports, Lynch cites a global soccer scandal as a flash point for companies speaking out and becoming more supportive of athletes who do so, too. Companies were once loathe to criticize sports organizations they supported, but the high-profile 2015 arrests of FIFA officials and other sports business leaders, for racketeering and other crimes, changed that game. Visa, for one, publicly demanded reform.

“Our sponsorship has always focused on supporting the teams, enabling a great fan experience, and inspiring communities to come together and celebrate the spirit of competition and personal achievement—and it is important that FIFA makes changes now, so that the focus remain on these going forward,” Visa said in 2015. “Should FIFA fail to do so, we have informed them that we will reassess our sponsorship.”

FIFA President Sepp Blatter resigned and the organization instituted some governance reforms. Visa remains a FIFA sponsor. “I’ve always felt that it wasn’t our role as sponsors to get involved in administration and that sort of stuff,” says Lynch, who ran Visa’s global sponsorship marketing from 2007-2012. “But that’s not the case anymore. Companies are saying, ‘No, we do have to step up here. We are the company we keep.'”

Nike aired an ad featuring Colin Kaepernick in 2018, implicitly supporting the exiled NFL player’s controversial decision to kneel during the national anthem in protest of police violence and social injustice. “Believe in something. Even if it means sacrificing everything,” Kaepernick said in the campaign. Calls for Nike boycotts quickly followed, with people burning shoes on social media. But sales boomed.

Gen-Z and younger millennial consumers, in particular, want to know where you stand. “The research will tell you that they’re significantly more likely to support a company supporting a cause they care about,” says Lynch. “You’re seeing that time and time again.”

And silence from sponsors could backfire.

“I don’t think it is acceptable anymore,” says Ricardo Fort, former VP of global sports and entertainment partnerships at Coca-Cola, who left that position in March to start his own consulting firm. “Consumers are less tolerant to companies that don’t take positions. It is just the changing behavior of consumers. We expect more from companies today than we did 10 years ago.”

Plus, when companies sign athletes to endorsement deals, they now know they’re investing in the entire package. Osaka has shown a willingness to speak out on important issues: she took part in racial justice protests after George Floyd’s murder last year, and after winning the 2020 U.S. Open, Osaka wore masks honoring Black Americans killed in recent years.

“In this day and age when athletes are very vocal, and have access to their fans through social media, companies know that when they sign a sponsorship and endorsement contract with any athlete, you are not signing up for the athletic parts of their lives,” says Fort. “You’re signing up for who they are, what they believe.”

Osaka’s influence reaches far beyond one decision to withdraw from a tournament. And her choices could carry implications well past the tennis court—or any athletic arena. As companies rally to support Osaka prioritizing mental health over championships, they can be held accountable to support other sponsored athletes, and employees, facing mental health struggles too. 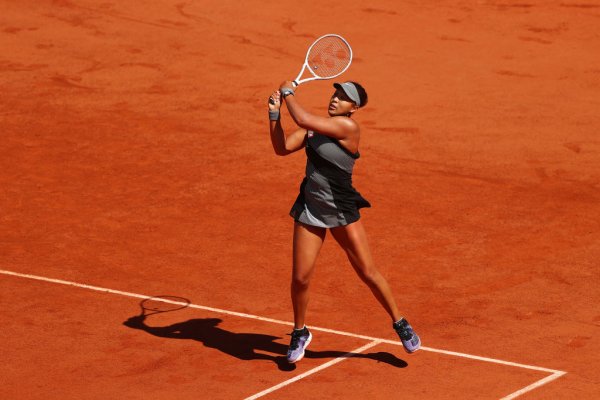 Athletes See a Turning Point for Mental Health
Next Up: Editor's Pick