President Donald Trump’s third iteration of the travel ban can go into effect while lower courts review its merits, the Supreme Court ruled on Monday.

The Trump administration’s executive orders, aimed at restricting travelers from mostly Muslim-majority countries from entering the U.S., have faced contentious battles leading up to Monday’s ruling. The first version of the travel ban, Executive Order 13769, sowed chaos at airports and was almost immediately challenged in federal court. The White House later revised that version, only for it to face legal challenge, as well.

The latest version was issued in September, shortly before the Supreme Court was set to hear oral arguments on the previous iteration of the travel ban. It impacts travel from eight countries, some of which were included in the original ban. Travel ban 3.0 can now be enforced while the federal appeals courts hear arguments over its legality.

Here’s what to know about the order.

What’s in the ban?

On Sept. 24, President Donald Trump issued a proclamation that indefinitely blocks the travel of most citizens from Iran, Chad, Libya, North Korea, Syria, Yemen and Somalia. Venezuelan government officials and their immediate family members are also banned from entering the U.S. and visa holders who are Venezuelan nationals are to be subjected to additional screening.

The earlier ban sought to restrict travel from six-majority Muslim countries for 90 days while the federal agencies conducted a review of the screening process.

Under this order, the ban has no end date, but the federal government could consider revising the restrictions placed on countries if they meet a set of minimum standards for traveler identification and security.

What Are the Standards?

As TIME reported in September, those standards include the integrity of information used to confirm a traveler’s identity — including a country’s use of e-passports— and the amount of information shared about potential national security threats posed by travelers. The restrictions are also different for each country. For example, Iranian citizens under valid student and exchange visas are still permitted to enter the U.S., though they are subject to more thorough screening.

Unlike the original travel bans, the order in September did not include any specific language about refugees. However, the Trump administration has capped refugee admissions at 45,000 for 2018 — the lowest in years – and boosted vetting for the refugee admissions program. The administration also limited resettlement for refugees from 11 “high-risk” countries for 90 days under an October order.

A federal court in Hawaii blocked implementation of the order shortly before it was set to take effect on Oct. 18. A judge in Maryland also blocked order in part, saying that travelers with “bona fide” connections to people or businesses in the U.S. could still come to the U.S. (The Supreme Court had issued a similar ruling on a previous version of the travel ban in June.) In November the Ninth Circuit Court of Appeals granted an emergency stay allowing parts of the ban to go into effect. That ruling also exempted people with ties to the U.S. from the restrictions. The Supreme Court decision on Monday went further, allowing the entire ban to take effect.

The Supreme Court ruling does not keep the lower court challenges from going forward. According to SCOTUSBlog, oral arguments are scheduled in the Ninth Circuit in Seattle on Wednesday and in the Forth Circuit in Richmond, Virginia, on Friday.

The White House praised the ruling on Monday. “We are not surprised by today’s Supreme Court decision permitting immediate enforcement of the president’s proclamation limiting travel from countries presenting heightened risks of terrorism,” White House spokesperson Hogan Gidley said, according to a pool report. “The proclamation is lawful and essential to protecting our homeland. We look forward to presenting a fuller defense of the proclamation as the pending cases work their way through the courts.”

On Twitter, the American Civil Liberties Union, which has challenged the travel restrictions, struck a different chord: “This is not a ruling on the merits, and we continue our fight,” a tweet from ACLU read. “We are at the 4th Circuit Court of Appeals on Friday to argue that the Muslim ban should ultimately be struck down.” 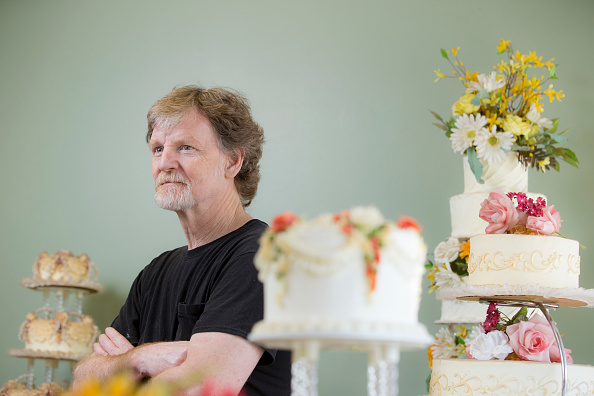