William Barber and Bernice King: We Must Reclaim Voting Rights as a Moral Issue

Protesters opposed to changes in Georgia's voting laws sit on the steps inside the State Capitol in Atlanta, Ga., as the Legislature breaks for lunch Monday, March 8, 2021, in Atlanta.
Ben Gray—AP
Ideas
By Bernice A. King and William J. Barber II
King, the youngest child of Dr. Martin Luther King, Jr. and Coretta Scott King, is a global thought leader, orator, peace advocate and CEO of the Martin Luther King, Jr. Center for Nonviolent Social Change, which was founded by her mother.
Barber is president of Repairers of the Breach and co-chair of the Poor People’s Campaign: A National Call for Moral Revival. He is author of We Are Called to Be a Movement.

We are in a battle for the ballot. When Democrats flipped both U.S. Senate seats in Georgia during a run-off election in January, Republicans in the statehouse responded by moving to pass an omnibus voter suppression bill. Since Governor Brian Kemp signed that bill into law last month, the Peach State has been branded ground zero for Jim Crow 2.0, drawing criticism from civil rights organizations, corporations and Major League Baseball.

As children of the civil rights movement, we know how faithfully our parents sacrificed to defeat Jim Crow. But we also know that their moral struggle for a true democracy was not only about voting rights for Black people. They challenged Jim Crow’s subversion of democracy because they knew it undermined the promises of democracy for every American. They understood the interconnectedness of humanity, and in particular concerning voting rights, how classism and racism were at work to create barriers. To defeat voter suppression today, we must be equally as conscious of how attacks on democracy are detrimental to a diverse population, including Black people, white people grappling with poverty and brown people.

At the conclusion of the Selma to Montgomery march on March 25, 1965, Bernice’s father, Dr. Martin Luther King, Jr., stood on the steps of the Alabama State Capitol and explained how the monied elites of the South had worked to pit poor Black and white people against one another since the end of the Civil War. Jim Crow’s literacy tests and poll taxes, designed to disenfranchise Black people, were paired with “White Only” signs that were crafted to make poor white people feel that their political well-being was connected to white elites. When poor white people could not afford to feed their families, Dr. King said, Southern politicians gave them Jim Crow to eat. Segregation was never simply about subjugating people with darker skin. It has always been about propping up a system that benefits the wealthy few, while requiring them to share as little of that wealth as possible. That is why Dr. King asserted in 1967 that “we can’t solve our problem now until there is a radical redistribution of economic and political power.”

Since the mid-1960s, when Jim Crow signs came down in the South and the Voting Rights Act dramatically expanded access to the ballot for Black people, reactionary conservatives have used culture-war wedge issues to split coalitions and to lie about “voter fraud” to suppress votes. When William served as president of the NAACP in North Carolina, the organization sued the governor there for signing a law that was designed to make it more difficult for Black people to vote. But the plaintiffs were also clear that the law targeted poor people, young people and other demographics who were statistically more likely to vote with Black people. They built a broad, multiethnic coalition to support the case and won in federal court.

But winning in court against an attack on democracy isn’t enough because the people who are pushing these voter-suppression measures will use the power they’ve gained to draw districts and pass laws that make it even more difficult to win a governing majority in the future. Therefore, the current struggle for democracy isn’t just a Southern struggle. Jim Crow went to law school up north and in the west and long ago began to practice as James Crow, Esq., in Michigan, Wisconsin, Arizona and Montana. According to the Brennan Center for Justice, 55 bills designed to restrict voting access are currently making their way through 24 state legislatures across the U.S. This assault on democracy is a coordinated effort to exploit #StoptheSteal protests and false claims of widespread voter fraud as the basis for new voting rules and certification procedures that can be used to overturn election results.

As long as this struggle is framed as Republicans who are concerned about “election integrity” versus Democrats who want to encourage a turnout that favors their party, America’s decades-long descent into hyper-partisan dysfunction will continue at the cost of our democracy. Our parents taught us that there is a moral high ground above left and right, and that our deepest moral and constitutional traditions point us toward the possibility of a more perfect union when we respect the basic democratic principle of one person, one vote. We must reclaim voting rights as a moral issue in this moment and stand together to demand the passing of federal legislation, such as the For the People Act, which will protect the promise of democracy in every state and without discrimination based on race and class. In doing so, we create a win for justice and equity that serves the whole of this nation and humanity well. 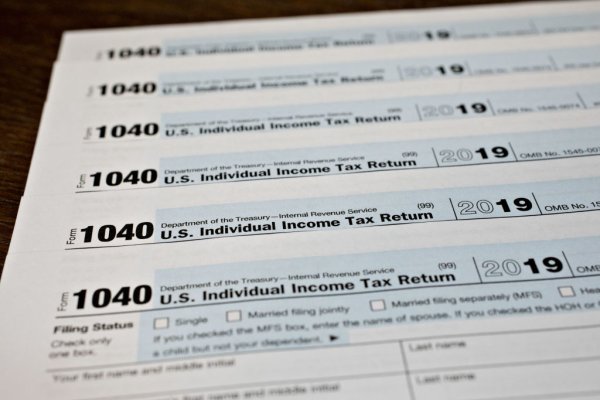 A Radical Idea to Address the Deficit: Enforce Tax Laws
Next Up: Editor's Pick