Rep. John Lewis: An Oral History of Selma and the Struggle for the Voting Rights Act

Selma, Alabama, selected herself to become the battleground for the voting rights movement of the 1960s. It was a regional center of commerce and trade, but it was also starkly divided by race and class.

Members of the Student Nonviolent Coordinating Committee (SNCC) first decided to organize in Selma in 1962. Then, it was almost impossible for people of color to register and vote in Alabama. Even though Selma was the Dallas County seat, only 2.1% of voting age African Americans were registered to vote. We could attempt to register at the county courthouse only on the first and third Mondays of each month. We had to pass a so-called literacy test, pay a poll tax, and interpret certain sections of the Alabama state constitution. Bernard LaFayette was the first among SNCC staff to lead organizing efforts there, and during one voter registration drive, he was attacked and beaten.

After the bombing of the Sixteenth Street Baptist Church in Birmingham, on September 16, 1963, when four little girls were killed on Sunday morning, our efforts in Selma intensified. African Americans attended mass meetings and rallies by the hundreds to train and prepare to participate in nonviolent protests. People would march down to the courthouse from Brown Chapel AME Church, and stand in line all day, hoping to walk up the green marble steps, through a set of double doors, and into the registrar’s office. We stood there hour after hour, and by the end of the day, only two or three people would make it in just to get an application to register to vote.

We were met at the courthouse by Sheriff Jim Clark. He was a mean, vicious man. He wore a gun on one side and a nightstick on the other. He carried an electric cattle prodder in his hand, and he didn’t use it on cows. He wore a button on his left lapel that said “NEVER.” He would harass, threaten, try to intimidate us, and push us back down the stairs. Day in and day out from September 1963 through all of 1964, he bullied and terrorized peaceful, nonviolent protestors.

The first time I was arrested was in September of 1963. I was carrying a sign that said “ONE MAN, ONE VOTE.” For that I was arrested and taken to jail. Hundreds of people in Selma were arrested and jailed. On one occasion, he arrested so many of us that we filled the city and county jails. The rest of us were taken to a holding pen where chickens were kept. We all had to sleep on the bare wooden floor at night.

The movement came to a head in the early part of 1965 when Dr. Martin Luther King Jr. was invited to Selma. He came the first week in January to speak at a mass meeting. Several hundred people came out to the rally. I remember it like it was yesterday.

On January 18, it was my day to lead the people down to the Dallas County courthouse to try to register to vote. Sheriff Clark met me at the top of the steps.

“Sheriff, I may be an agitator, but I’m not an outsider,” I said. “I grew up only 50 miles from here, and I’m going to stay here until these people are allowed to register and vote.”

And he said, “You’re under arrest.”

A few weeks later, police ambushed a nighttime march to the courthouse in Marion, Alabama. The streetlights were shot out and the beating began. A young Vietnam War veteran named Jimmie Lee Jackson was shot while trying to protect his mother. He died a few days later. Because of what happened to him, a decision was made to march from Selma to Montgomery.

SNCC decided not to participate in the march because they felt Dr. King’s presence might overshadow the years of organizing and protest they had invested in voting rights in Selma. But I was determined to march and I told them, “If the people want to march, I’m going to march with them.” They said I could march as an individual, but not as the chairman of SNCC. That was fine with me. On March 6, several of us drove from SNCC headquarters in Atlanta, Georgia, to Selma, carrying our sleeping bags. We arrived at the SNCC Freedom House in Selma where we could stay and sleep.

Meanwhile, at Dr. King’s organization, the Southern Christian Leadership Conference (SCLC), Andy Young, James Bevel, and Hosea Williams drew straws to determine who would represent the organization in the march. The one who drew the shortest straw would be the leader. Hosea pulled the shortest one, so he led the march on behalf of SCLC. The leaders of SCLC asked me to lead with Hosea.

I can never forget the next morning. We got up, went to church at Brown Chapel and prepared to march. About 500 of us kneeled, and Andy Young conducted a prayer. We got up, lined up in two’s, no one saying a word. We were absolutely silent. We began walking in an orderly, peaceful non-violent fashion, We didn’t interfere with traffic; we walked on the sidewalk along the street. When we got to the edge of the Edmund Pettus Bridge, Hosea looked down at the Alabama River.

When we came to the highest point of the bridge, we saw a sea of blue Alabama state troopers down below, and a big posse behind Sheriff Clark. The night before, the sheriff had called all white men over the age of 21 to come down to the courthouse to be deputized in order to stop the march. There were dozens of men carrying baseball bats, shotguns, and any weapons they could find.

We just kept on walking, no one saying a word. When we got a few yards away from the officers, we heard a voice on a megaphone.

“I am Major John Cloud,” the state trooper commander said. “This is an unlawful march. You have three minutes to disperse and return to your church.”

“Major, please give us a moment to kneel and pray,” Hosea requested.

In less than a minute and a half the major shouted, “Troopers advance!”

We saw men putting on their gas masks. They came toward us with nightsticks, beating us, pushing us, trampling us with horses, and releasing the tear gas. I was hit in the head by a state trooper with a nightstick. My legs felt weak under me. Apparently, I fell. I suffered a concussion on the bridge, and I thought I was going to die that day. I saw death. Fifty years later, I still don’t remember how I made it through the streets of Selma back to Brown Chapel that evening.

The church was filled to capacity, maybe a thousand or more people were there, and outside people were protesting what had happened. Someone asked me to say something. I remember what I said.

“I don’t know how President Johnson can send troops to Vietnam,” I said, “but he can’t send troops to protect people in this country who only want to register and vote.”

And the next thing I knew, I along with 16 other people were being transported to a hospital in Selma run by the Sisters of St. Joseph. It was the same place where Jimmie Lee Jackson had died just a few days ago. That day, March 7, 1965, is now known as Bloody Sunday.

Early that Monday morning, Dr. King and Rev. Ralph Abernathy visited me in the hospital. They comforted me.

“Don’t worry John, ” Dr. King assured me, “We will make it from Selma to Montgomery, and the Voting Rights Act will be passed.”

News organizations had covered the march, and the film of the brutal police response was broadcast all over the nation. Americans were shocked by what they saw. Major demonstrations broke out all over America, including at the White House and in front of the Justice Department.

Dr. King made an appeal for all religious leaders to come to Selma to participate in a march. Movement lawyers of the NAACP Legal Defense Fund went to court, assisted by Assistant Attorney General John Doar. We appeared before federal judge Frank M. Johnson in Alabama and got a federal order to march from Selma to Montgomery.

On March 15th, only seven days after Bloody Sunday, President Lyndon Johnson spoke to Congress and delivered one of the most meaningful and powerful speeches any modern president has made on civil and voting rights. In that speech he used the theme song of the movement, saying, “And we shall overcome.”

Finally, on March 21, Dr. King led a march of thousands from Selma to Montgomery. Since Governor George Wallace could not assure our protection, President Johnson commanded the National Guard to ensure our safety on the road. We arrived in Montgomery on March 25.

Congress debated the Voting Rights Act, and it was signed into law in August 1965. Because of the action of the American people, and the actions of the President and Congress, that law changed America forever, and many elected officials, including President Carter, President Clinton, President Obama, and thousands across America, are in office today because of the Voting Rights Act. It has been hailed as the most effective piece of legislation passed in America the last 50 years, and it was a crowning achievement of the Civil Rights Movement of the 1960s.

Rep. John Lewis is a member of the U.S. Congress from Georgia, and in 1965 he was chairman of the Student Nonviolent Coordinating Committee. 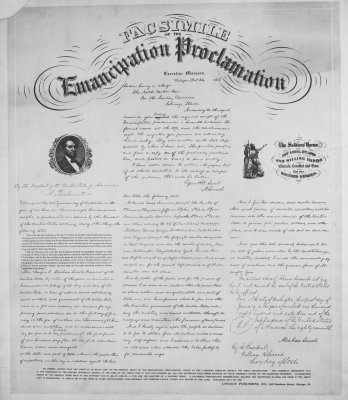