A special project in conjunction with The March 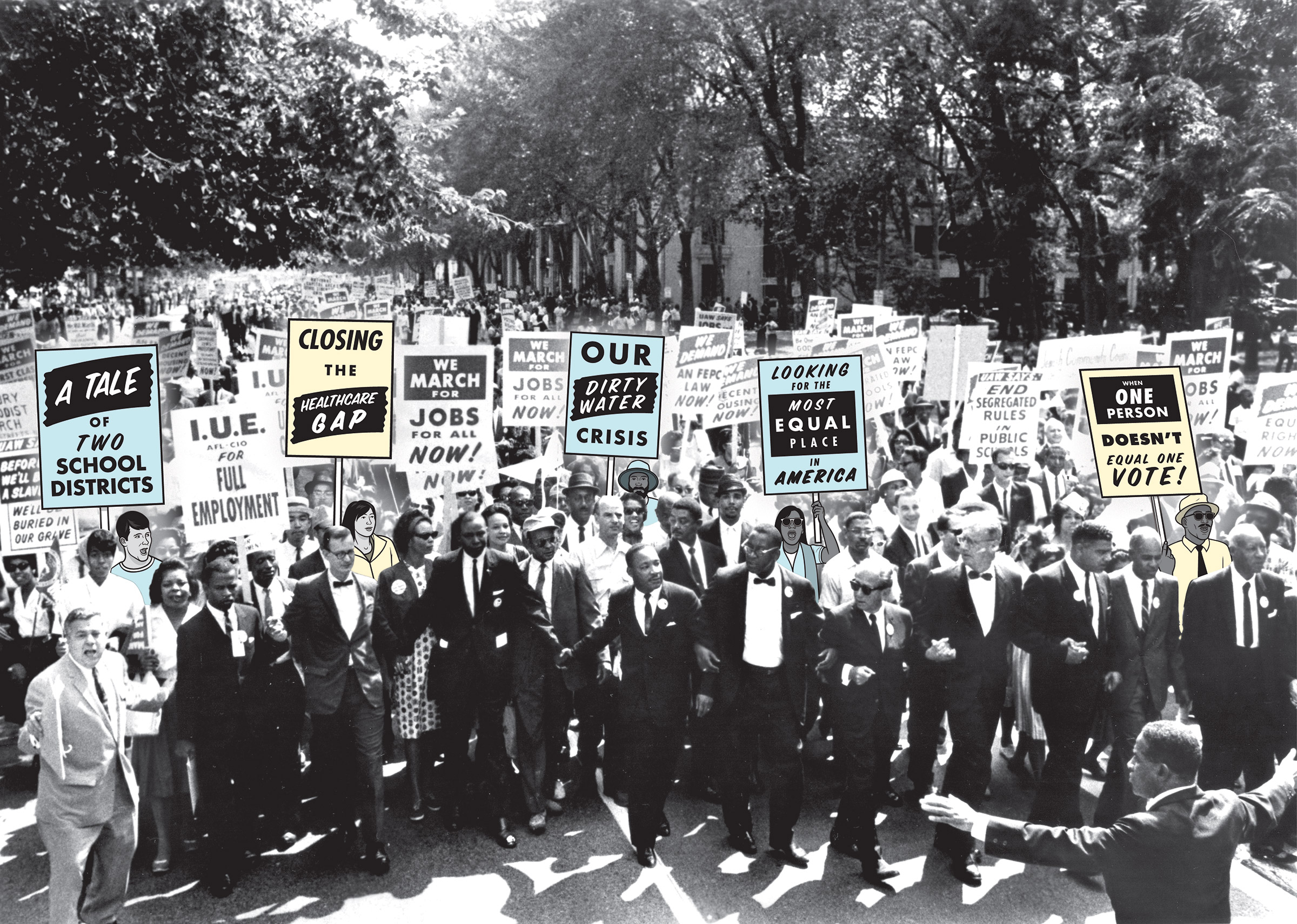 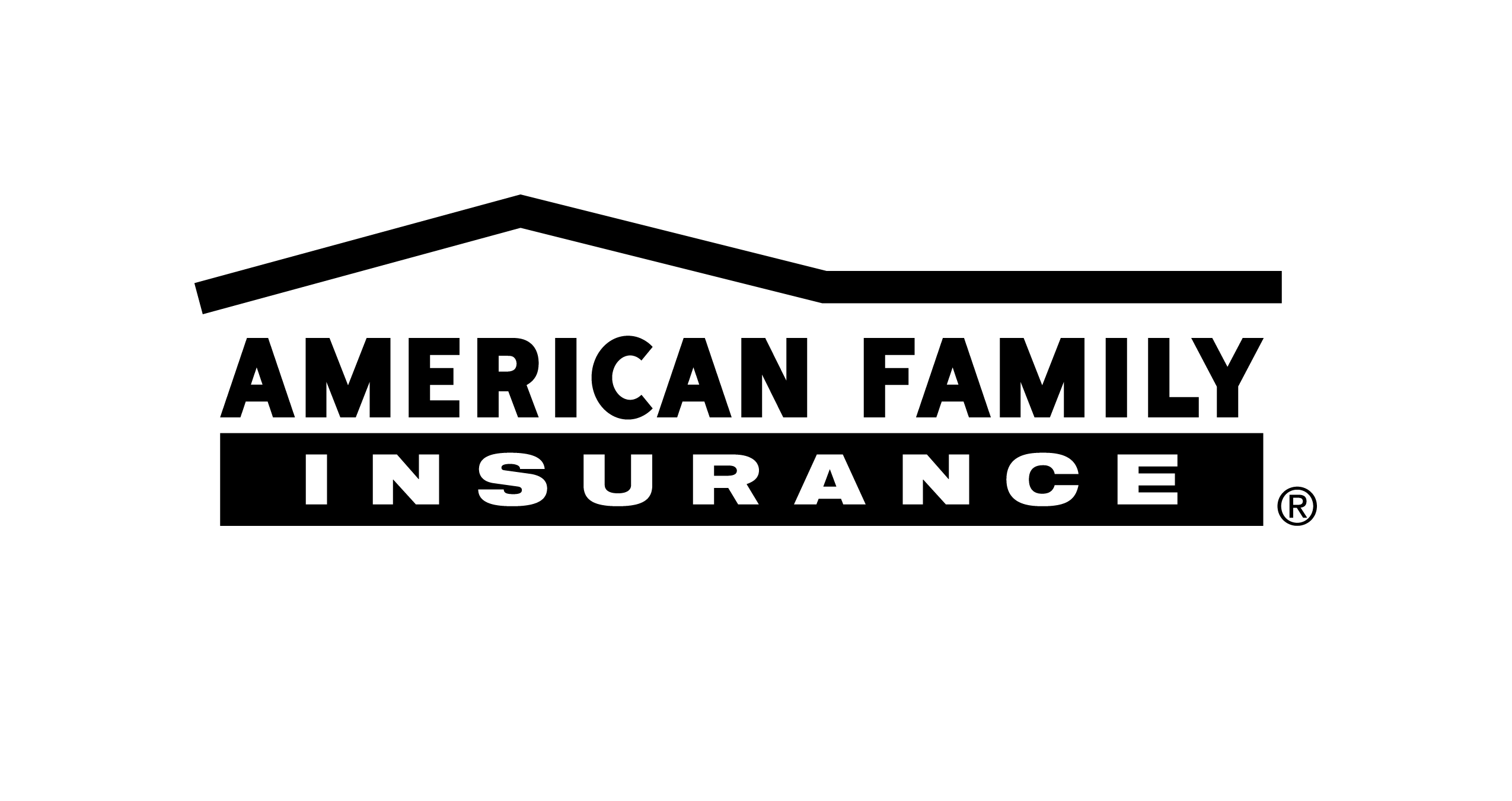 As soon as Martin Luther King Jr. stepped off the podium in front of the Lincoln Memorial on Aug. 28, 1963, it was clear the speech he'd just given would resonate far beyond the hundreds of thousands of people gathered to hear it. The words of his “I Have a Dream” speech have since been woven into the fabric of America.

For nearly three years, TIME has been working with the Estate of Martin Luther King Jr. to create a virtual reality experience that takes you back to that historic day on the National Mall. The March—executive-produced by Viola Davis and co-created by TIME's Mia Tramz and immersive storyteller Alton Glass—uses groundbreaking technology to bridge the gap between now and then.

Inspired by The March, this special project brings together artists, leaders, activists and historians to document, reflect on and challenge the state of equality in the United States today. Just as we hope visitors to The March will see history with fresh eyes, we hope you will come away from these stories with a new perspective on our world right now. 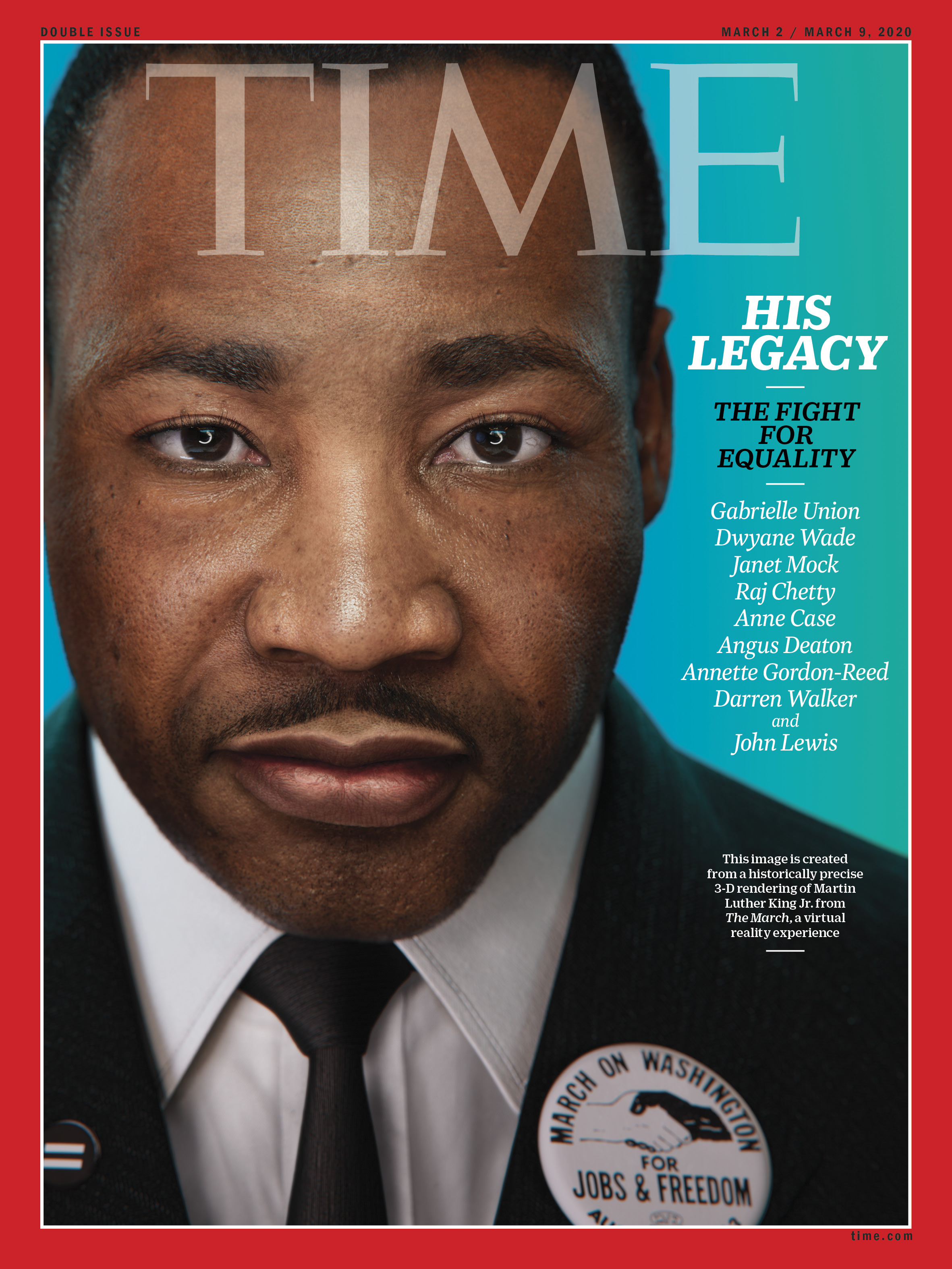 This image is created from a historically precise 3-D rendering of Martin Luther King Jr. from The March, a virtual reality experience. Portrait for TIME by Hank Willis Thomas and Digital Domain.

America has made strides since the 1963 March on Washington for Jobs and Freedom in approaching the ideal of equality on which the nation was founded, thanks to the work and resilience of countless individuals. No longer is race a barrier to entry at a lunch counter; no longer can restrictive covenants legally declare that only some kinds of people can buy some kinds of houses; no longer do literacy tests block the ballot box and angry mobs block the schoolhouse door. But look closer at today's realities in each of those arenas of American life, as this special project does, and it is clear that the dream of equality remains just that—and that the fight continues.

The most recently available Census statistics show that income inequality in America, as of 2018, is at its most extreme point in half a century. Access to a quality education remains heavily shaped by ZIP code, while access to a safe place to live remains heavily determined by wealth. Change is still undermined by the difficulty of voting. Even the water that comes out of America's taps is unequal. This project aims to shine a light on those problems, and on those who are working to fix them.

“For every tortuous inch gained,” TIME declared when Martin Luther King Jr. was named Person of the Year for 1963, “there are miles of progress left to be covered.” That statement is no less true today.

Learn More About The March →