Middle age is kind to no one. Even if you’re in good physical shape, there’s bound to be something—uncertainty about the future, regret about roads not taken, the crow’s feet or thickened waist that weren’t there yesterday—threatening to drag you down. In The Way Back, Ben Affleck is the spirit of middle age in physical form, a bear lumbering forward with a sluggish gait, skepticism in his eyes and a beehive’s worth of pain in his heart. His character, Jack Cunningham, is a former high-school basketball star who now works in construction; he’s separated from his wife (Janina Gavankar), which is bad enough, though he also carries another secret scar. And he’s an alcoholic: He starts his day with a beer in the shower; he pours some into a cup to get through the workday. At shift’s end, he reaches into his car’s backseat cooler to crack open a cold one, and at home he easily works through a couple of six packs in an evening—which isn’t even counting the time he spends at the local bar. The very molecules of his being are pickled in booze.

The Way Back, overall, isn’t a great movie: Some of its most potentially moving scenes are undone by a leaden score, heavy on ultra-poignant piano chords that cue feelings rather than tease them out. The story is built on a framework you’ve seen before, maybe too many times: Jack, who hasn’t played basketball since he abruptly abandoned the game years earlier, for personal reasons, finds redemption of sorts in coaching a losing high-school team. But The Way Back has an indescribable something that’s missing from so many modern movies. It’s filled with emotional textures, most notably the serrated edge of shame: Its bitter sharpness finds its way to the surface of Jack’s life no matter how much he drinks in the hopes of dulling it. The movie also captures, with striking visuals, the habits that keep Jack locked in a cycle of self-imposed helplessness. At home one night after work, we see him moving one beer can at a time from the fridge to the freezer for maximum cooling; with each frosty can he drinks, he moves another one up from the refrigerator shelf, until that shelf is empty. It’s an alarmingly efficient relay of desperation.

Sometimes there’s great moviemaking even in not-so-great movies. You take it where you can find it. The director and co-writer (with Brad Ingelsby) of The Way Back is Gavin O’Connor, who made the 2004 Miracle, about the coach behind the U.S. Olympic hockey team’s 1980 victory over the Soviet Union. More recently, in 2016, he directed The Accountant, in which Affleck gave a wry, finely tuned performance as a math savant who runs a strip-mall accounting business by day and cooks the books for big-time criminals by night. In a recent New York Times profile, Affleck spoke frankly about his own problems with alcohol, acknowledging past mistakes. But if Affleck is now asking our forgiveness, he has, at times, seemed almost unassailably golden. He has directed—or written and directed—some terrific films, including The Town (2010) and Argo (2012). It’s also been easy to forget, in recent years, what a good actor he is: We all had fun mocking him, as a desultory Batman in Batman v Superman: Dawn of Justice (2016) and Justice League (2017). But some 10 years earlier, in the largely forgotten Hollywoodland, he’d given a thoughtful, duskily shaded performance as onetime Superman George Reeves, a troubled guy who played a superhero on TV in the 1950s and yet felt less than adequate in real life.

Affleck was only in his mid-30s when he played Reeves, who died in 1959, at age 45. Now 47, Affleck is old enough to actually carry some of the world-weariness that Reeves must have felt inside, and he shows it in The Way Back. Affleck’s Jack wears a heavy beard that doesn’t suit him, as if he’d thought, subconsciously or otherwise, that a disguise grown out of his very skin could somehow fool people into thinking he’s comfortable in it. When his alma mater, the Catholic high school where he’d been such a star, tries to woo him into taking the coaching gig, he takes a night to pretend to think about the offer, though he’s sure he’s going to reject it. As he descends into a drunken fugue, he practices the spiel he plans to deliver the next day: “My life’s very full right now. Very full,” he says into a make-believe telephone, as the empties pile up around the kitchen table in his exceptionally pathetic bachelor apartment. Affleck says those words as if he’s convinced himself of their truth, like a door-to-door salesman who’s brainwashed himself into loving the substandard product he’s selling.

Jack does take the job, and it ends up changing his life, though the movie’s ending is more ambiguously hopeful than it is happy. The Way Back provides a “reason” for Jack’s drinking, though his despair would be just as convincing without it—you don’t need to have suffered great tragedy to feel unable to cope. But no matter: Affleck carries the movie both in his muscles and in his subtle shifts of expression. There’s the sozzled blankness we see in Jack’s eyes when he’s drunk, and the blunt anguish that’s there when he’s not. It’s the look of someone who finally knows he can’t be superman. He’s given up flying in order to walk. 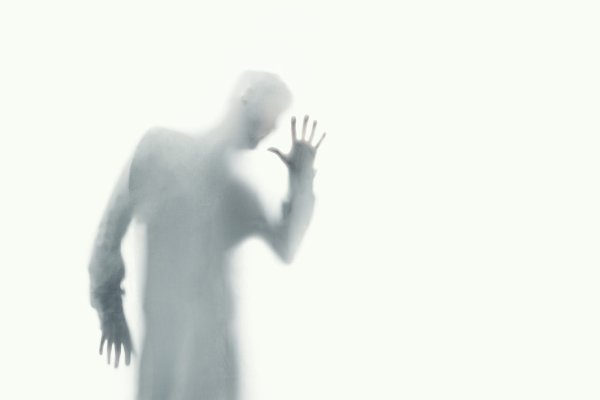 A Brief History of Invisibility on Screen
Next Up: Editor's Pick