Three Billboards Outside Ebbing, Missouri Is a Thin Portrait of Small-Town America

Tell someone you don’t care for the work of English-Irish playwright and filmmaker Martin McDonagh (In Bruges, Seven Psychopaths), and you might be labeled a softie, a flower too delicate for McDonagh’s bitter-bleak comic vision of human nature in all its scarred, lumpy glory. But maybe you’re just wary of his shtick. In Three Billboards Outside Ebbing, Missouri, McDonagh brings his winking, ostensibly observant eye to the American heartland. Frances McDormand plays Mildred, an Ebbing local and grieving mom. Her daughter has been murdered, the creep who did it was never caught, and the case lies dormant. Mildred blames the local sheriff, Willoughby (Woody Harrelson). In her rage, she takes the matter into her own hands, inflaming dim-witted racist cop Dixon (Sam Rockwell) along the way.

Mildred favors one-piece workman’s wear; her haircut looks to have been self-inflicted with a Flowbee. She says what she thinks, and it’s usually not so nice. This is what, in writer’s workshops, is generally called a well-rounded, fascinating character, though it’s really just a belabored one. Still, McDormand’s no-vanity performance is fun to watch, and Harrelson is terrific too. He canters through the movie breezily, and it deflates when he exits.

But Three Billboards is more arch than it is truly smart. This is life in a small American town as viewed by someone who seems to have spent no more than a few drive-through minutes in one. And even though Three Billboards is intended as a wry cartoon, not a realist tract, it still hangs by a precarious plot thread. Mildred seems to be one of only a few women in this town. If Ebbing had a female population of even, say, 50, wouldn’t most of these women want a murderer caught? Yet McDonagh keeps grinding away at the fact that nearly all the locals loathe Mildred for her take-charge attitude. At one point a young woman throws a piece of garbage at her car. Mildred responds by kicking her below the belt. That’s only one sample of the movie’s allegedly transgressive humor. In the old days we called it a low blow. 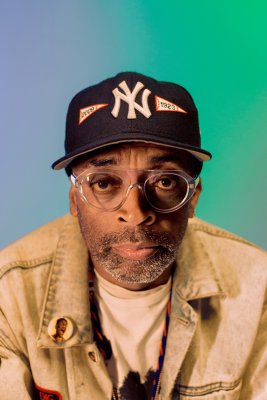 Spike Lee and Dee Rees Reunite
Next Up: Editor's Pick