BTS and their fans were disappointed at Sunday night’s Grammy Awards in Los Angeles when the award for best pop duo/group performance ended up going to Lady Gaga and Ariana Grande.

But the South Korean group still made a historic mark on the Recording Academy’s evening with a high-energy, sharply-produced performance of “Dynamite.” (Viewers had to wait until the very end of the nearly-four-hour show for the big moment.)

It was not their first appearance at the Grammys: that was in 2019, when the septet presented an award. It wasn’t even their second time; that was during 2020’s show, when they made a cameo for Lil Nas X’s performance of “Old Town Road (Remix),” popping up onstage to join in for a verse of that hit song.

But the third time was the charm for BTS getting primetime treatment and plenty of airtime—and making history. There were over a dozen performances at the Grammys on Sunday night, from the vivacious duo of Cardi B and Megan Thee Stallion to a politically resonant song from Lil Baby and Killer Mike. BTS, however, stood out by becoming the first South Korean act to ever perform one of their own songs at a Grammys show.

BTS dominated airwaves over the past year with their crossover English-language hit “Dynamite.” But they had been challenging the previous limits of success for K-pop and Korean acts for years, making their first big U.S. awards show appearance in 2017 after developing a reputation as a social media sensation thanks to their vocal fanbase, known as ARMY. It has been a long road for K-pop—an over-broad genre categorization—to gain recognition and acceptance by the global music establishment, despite its status as a multi-billion dollar industry with powerful international appeal. Even breakthrough acts, like chart-topping “Gangnam Style” singer PSY and earlier groups including Big Bang and Girls’ Generation, found the Grammys blind to their musical successes. And though the Grammys have been criticized for shortsightedness, especially in recent years, the awards show remains a global standard and mark of achievement. (It’s also worth noting that popular boy bands, including One Direction and 5 Seconds of Summer, also struggled with Grammy recognition.)

BTS’s performance is part of much-needed change toward increased respect for non-Western acts. Even though BTS went home empty-handed, their status as official Grammy performers suggests a more welcoming Grammys stage in the future, one that may begin to provide much-deserved visibility for acts of all origins. Next time, maybe they’ll even take the stage for a song that’s entirely in Korean. 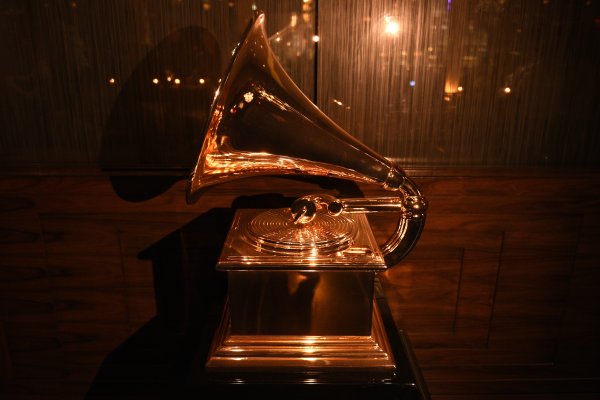 See All the Winners of the 2021 Grammy Awards
Next Up: Editor's Pick