Why Armed Groups in Latin America Are Enforcing COVID-19 Lockdowns

A Rocinha favela resident in Rio de Janeiro, Brazil, on May 27, 2020 during the COVID-19 pandemic.
Fabio Teixeira –NurPhoto/GettyImages
By Ciara Nugent

In spring, as Colombia settled into a nationwide COVID-19 lockdown, some Colombians received troubling new guidelines—and not from the government. In remote parts of 11 of the country’s 32 states, armed groups began enforcing their own quarantine measures, according to a report published July 15 by Human Rights Watch. Through pamphlets and WhatsApp messages, the groups laid out curfews, restrictions on movement, categories of essential work, and more. These restrictions were sometimes stricter than government rules, and punishments for breaking them far more serious.

One pamphlet seen by HRW, released in early April by Marxist guerrillas the National Liberation Army (ELN) in the northern Bolívar department, warned that fighters would be “forced to kill people in order to preserve lives” because residents had not “respected the orders to prevent Covid-19.”

Latin America is the current center of the pandemic, with more than 3.5 million cases across the region and numbers in many countries still rising sharply. Analysts say COVID-19 is worsening the region’s problem with “criminal governance” – where the state loses control over a part of its territory as non-state armed groups, such as drug gangs and guerrilla forces, take over and effectively govern small areas. Groups in Colombia, Brazil, Mexico and elsewhere have taken on the fight against COVID-19, allowing them to claim an interest in the public good, and strengthen their violent grip on local communities—in a way that could be permanent.

The nature of criminal governance varies hugely between regions and countries across Latin America, according to Chris Dalby, managing editor of investigative news site InSight Crime, which examines organized crime in the region. But it tends to take hold, he says, in poor or remote areas where the state presence is weak; that is, where the government has failed to provide effective law enforcement, public services, and economic opportunity.

In Colombia, armed groups are mostly a legacy of the country’s decades-long conflict with rebel groups. Though the Colombian government reached a landmark peace deal with the Armed Revolutionary Forces of Colombia (FARC) in 2016, other guerrilla groups, including the ELN, and paramilitary forces remain powerful in some rural areas. In Brazil, drug traffickers exert more influence than the police in some of the favela neighborhoods that lie on the outskirts of large cities, with the largest gang being the First Capital Command (PCC) in São Paulo. In Mexico, drug cartels, such as the Sinaloa Cartel in the northwest of the country, have similar control over poor communities.

These distinct groups use their territories for a range of illicit businesses: drug trafficking, people trafficking, illegal mining, extortion rackets and more. But they often also provide resources and public services for communities, as a way of legitimizing their control and buying loyalty. During the pandemic, with many money-making activities harder to carry out thanks to national restrictions on movement and businesses, many groups have leaned into this role of governing, Dalby says. “They’ve taken the opportunity to reaffirm that control.”

How have armed groups tried to tackle COVID-19?

In March, after COVID-19 started to spread through Brazil, gangs in Rio de Janeiro favelas drove through streets using a loudspeaker to tell residents they were putting a curfew in place and threatening violence if they did not comply, according to Brazilian newspaper UOL. Traffickers reportedly also handed out hand soap, and issued edicts banning tourists from entering the area in case they infect the residents. In Mexico, in April, drug cartels handed out boxes of food and other basic supplies to people struggling with the economic impact of the pandemic. Images circulated in Latin American media showed packages branded with the names of cartels.

In Colombia, some armed groups implemented stricter restrictions than the government did on people’s movement, humanitarian workers and community leaders told HRW, allowing no exceptions for accessing health services or banks during curfews, for example. People who did not comply with the rules faced brutal punishments: HRW documented at least 8 killings of civilians who apparently did not abide by COVID-19 measures imposed by armed groups between March and June.

Why are gangs and armed groups taking on the fight against COVID-19?

In part, armed groups are worried about losing their own fighters to COVID-19 and damage to their businesses if the disease spreads widely in their territory, according to Juan Pappier, a Colombia expert at HRW.

But the pandemic is also an opportunity for a PR boost that could win the loyalty of local communities. Establishing measures against COVID-19 “creates the impression that they’re not just there for the drug trafficking or illegal mining or the crimes and they care about the public interest,“ Pappier says. “It also suggests that they are the ones in charge and they are the ones whose rules you’ve got to follow.”

How will the pandemic affect these armed groups going forward?

The loss of income during the pandemic could lead to upheaval among organized crime groups in Latin America, Dalby says. “The larger groups, like larger companies, are better built to [withstand] this period.” Smaller groups, without diversified income streams, will struggle to pay their members and allies if they cannot make money soon, which could lead to infighting and fragmentation.

But government efforts to wrest control of territory from armed groups, long hampered by a lack of resources, may get even weaker amid the chaos of the pandemic. In Brazil, Mexico and Colombia, national governments have offered “very little in terms of an effective response” to armed groups taking charge of lockdowns during the pandemic, beyond issuing statements condemning their actions, Dalby says. And, he adds, enforcing COVID-19 measures may allow armed groups to entrench themselves more deeply in the communities they control, as civilians are forced to get used to greater impositions on their lives. “Once power like that is established, it’s hard to take away.”

For Pappier, the most serious impact of COVID-19 is in the long term: it will grow the pool of potential recruits for armed groups. “The levels of poverty that we are going to see after this pandemic will make it very easy to drive people to illegal activities,” he says. “That’s the best environment for these groups to thrive.” 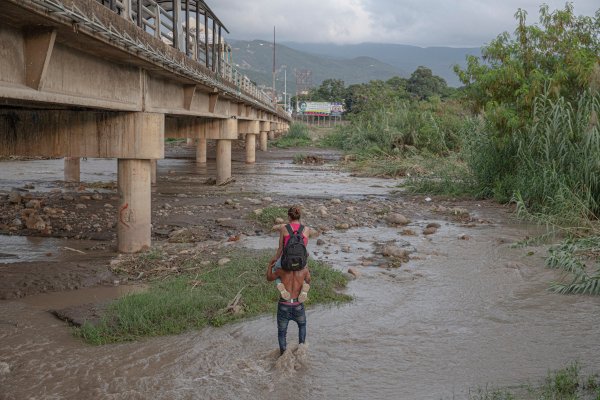