What to Know About the Origins of Colombia's FARC

The peace agreement signed on Monday by Colombia’s government and the Revolutionary Armed Forces of Colombia, a rebel group also known as the FARC, will represent a step forward in a conflict that has been going on for, by the official count, a whopping 52 years.

But, 52 years ago, the fighting that led to FARC’s creation had already been going on for nearly two decades.

“Colombians simply call it la violencia, the only way to describe the sense less slaughter and banditry waged by hate-filled peasants who long ago forgot what they were fighting about,” TIME noted at that time, in 1964, explaining how that violence started:

At that point, it seemed like there might be some hope of a resolution soon, as a few of the top “bandit leaders” were found and killed by government forces of the Liberal-Conservative coalition that would go on to rule Colombia for decades more. One of the most wanted guerrillas, however, was not yet caught: Pedro Antonio Marin, also known as Manuel Marulanda, Tirofijo or Sureshot.

Tirofijo controlled an area he called Marquetalia, a region in the Andean highlands which he ruled as a Communist outpost, until that year—52 years ago—when government forces attacked and the rebels torched the compound on their way back into the wilderness. Tirofijo escaped, not long after attacking a town and then making an announcement that he was “no longer a bandit but a Communist guerrilla fighting for Colombian liberation.”

The forces he led, which grew from a few dozen fighters to hundreds and later thousands, became FARC.

At the time, Latin America was the scene of many revolutions or attempted revolutions. Cuba‘s was perhaps best known to American observers, but as Cuba settled into rule by Fidel Castro, Colombia continued to fight. The battle between FARC forces and the Colombian government would ebb and flow over the decades that followed, but nevertheless continue.

In 1984, for example, the government began a year-long truce with FARC with the release of 1,000 doves from the nation’s parliament building. During that time, the government was to consider granting certain incentives to the rebels (from pardons to business loans) in hopes of establishing their permanent return to society as a political party rather than an army. The high hopes, however, did not lead to a permanent end to fighting, though negotiations began to be more common.

In 2008, the longtime FARC leader Sureshot died at around the age of 80.

The new treaty will go to a referendum vote on Oct. 2. 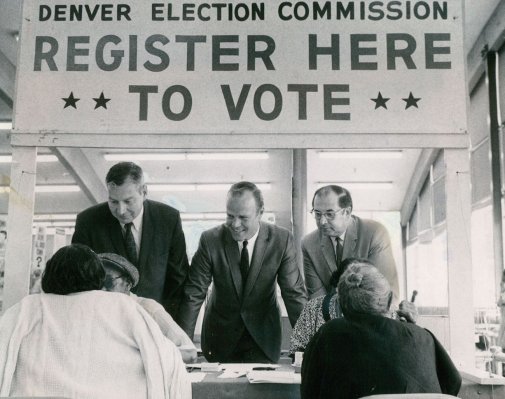 For National Voter Registration Day, Here's How Registering to Vote Became a Thing
Next Up: Editor's Pick