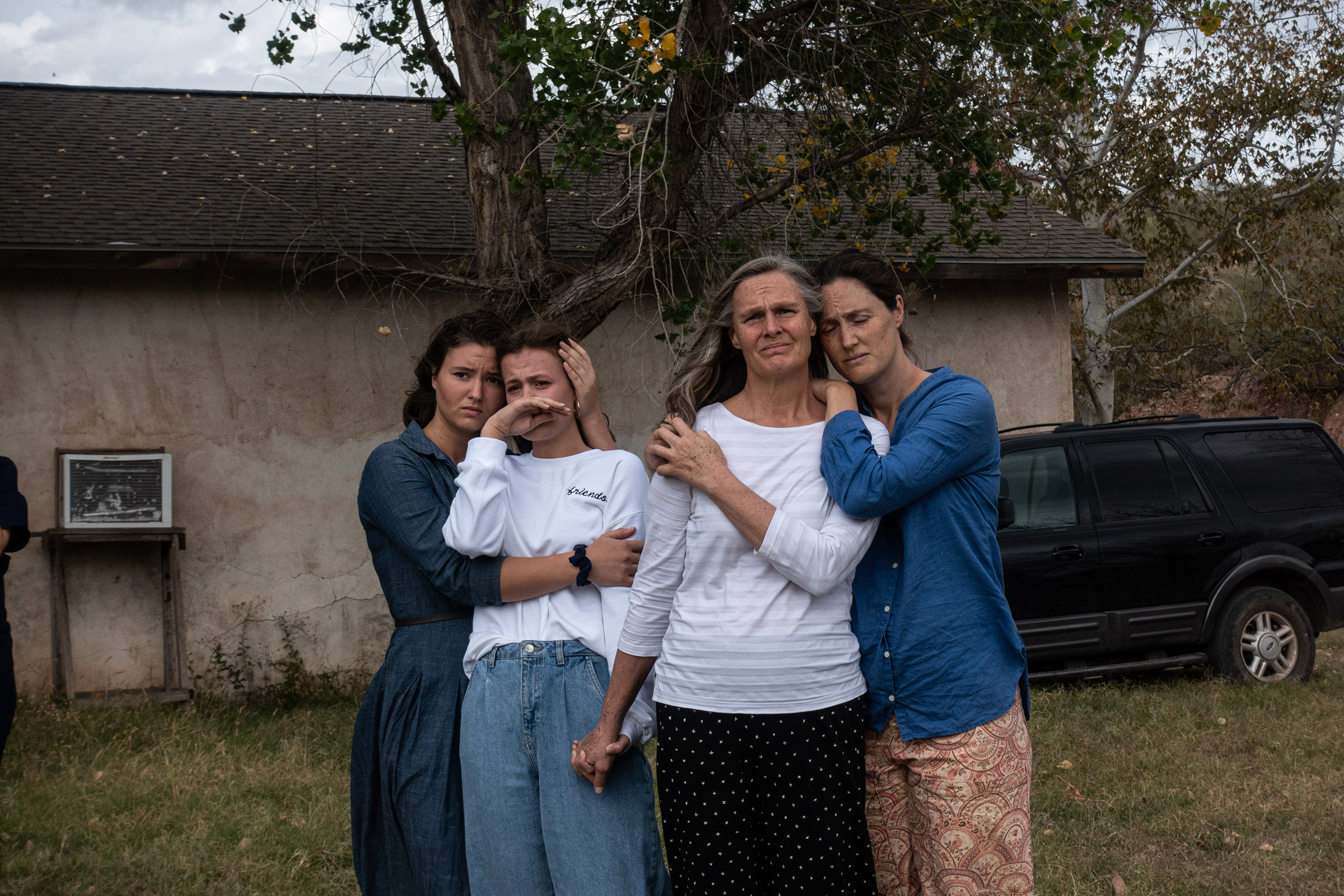 'I Tried to Take Photos That Meant Something': After the Cartel Ambush in Mexico

Photographs and text by César Rodríguez

Three mothers and six children — all U.S. citizens — were killed in northern Mexico on Nov. 4 when their vehicles were ambushed in the close-knit Mormon offshoot community of La Mora. One vehicle caught fire. Mexican officials have said a drug cartel was behind the brutal attack, and that the assailants could have mistakenly identified the group as belonging to a rival cartel. Mexican photographer César Rodríguez, who was on assignment for Spanish newspaper El País, arrived to La Mora in Sonora state the next day and was granted intimate access to the families directly impacted by the killings. His account has been edited:

I was at home in Xalisco, west of Guadalajara, at around 10 p.m. on Nov. 4 when I saw the news. I was getting ready to go to bed and just checking Facebook. As I was looking, an editor at El País asked me if I could go to Sonora. Around midnight, I caught a bus to the airport in Guadalajara. After noon, I boarded a plane to Hermosillo.

The reporter Pablo Ferri and I then rented a car and drove north. We arrived after dark and tried to meet with some people whom Pablo had talked to, but they were tired. We introduced ourselves — told them we were reporters — and asked if it was OK to come later in the morning, and they said yes.

The next morning, we drove straight to the spot where the SUV of one mother, Rhonita Miller, had been burned. Four of her kids died as well. I thought there would be a lot of police, but there wasn’t anyone. It was just the vehicle. The glass of the windows and the metals were all melted.

You could actually, more or less, see how the attack had happened. You could see that the bad guys were shooting at them from one side only, because the other side was almost completely clean without bullet holes.

After that, we went to Rhonita’s house. Her father, Adrian LeBarón, right away invited us to come in. There were a lot of people, a lot of family, a lot of brothers and sisters and kids. They were having breakfast. Adrian was telling each one of the kids, “Tell your story to them because it’s very important.” It was a sad moment because it was so fresh. They were angry. They were sad. But they were together.

Pablo was writing and I was just sitting at the table, not taking pictures. At one point, I asked Adrian, “Do you mind if I just take pictures while you’re talking?” And he said, “take as many pictures as you want. We need this to be known.”

It was hard to see all of that. So I tried to take photos that meant something.

We stayed there for a long time with that family. They also introduced us to another family of two victims, Christina Langford Johnson and Dawna Langford. They told us there was going to be a helicopter arriving because Christina’s body was going to be taken away so it could be prepared for her funeral. It was really something, because there was a helicopter landing in the middle of the field in this community, and all of the different family members were sad, were crying, were hugging each other.

Family members were telling us of how they’d arrived to find the burned car and the bodies. They saw Dawna’s body lying down. Douglas, the husband of one of Adrian’s daughters, told us that he saw the body of a little kid who was burned and who had been trying to get out of the car.

Later, we went back to Rhonita’s house. Her brothers and sisters said they were going to build the coffins. If we wanted to come, we were welcome.

To see all the family, the brothers, sisters, nephews — just kids — building the coffins; I mean, can you imagine making the coffin of your sister? Of your brother? Of your kids?

They were polishing. They were sanding, cutting, building. At some point, one of the brothers said, “I don’t want to think about it, but I’m building the coffin of my sister.” After they were finished, they covered them and put them on trucks. But when they were lifting them, they started to realize that the coffins were for their sister, for their nephews, for their nieces. Some of them started to cry.

They were telling me that we want people to know what happened because if they don’t know, if things don’t change, their deaths will have been for nothing. So something good has to come out of this. Something powerful.

A caption on the original version of this story misstated Amaryllis Miller’s relationship to Rhonita Miller. Amaryllis is one of Rhonita’s daughters, not her niece.