The Best New Songs of June 2020, From Bob Dylan to Beyoncé

June began with pain, protest and political awakening, and has continued apace. In echo, the new music released this month that’s finding true purchase are those songs that speak to feelings of anger, healing, frustration, intensity. Most other years, June is when the inevitable “song of the summer” battle starts to heat up, and listeners turn to light, dance-worthy fare to soundtrack parties and sweaty, late nights. But 2020 is different. Still mired in a pandemic, with many marching against police brutality daily, the tone isn’t pure celebration: it’s perseverance, with a dose of fortitude and joy. Here to help us on the way are Beyoncé, John Legend, Run the Jewels, Noname, Chloe x Halle and more powerful voices, including Bob Dylan and Phoebe Bridgers.

“Walking in the Snow,” Run the Jewels

Brooklyn’s El-P and Atlanta’s Killer Mike teamed up again for June’s RTJ4. It’s an album that doesn’t sand down its edges. It’s timing couldn’t feel more right: every song is an indictment of injustice and a wake-up call. “Every day on the evening news, they feed you fear for free/ And you so numb you watch the cops choke out a man like me/ And ’til my voice goes from a shriek to whisper ‘I can’t breathe’/ And you sit there in the house on couch and watch it on TV/ The most you give’s a Twitter rant and call it a tragedy.” That’s Killer Mike on “Walking in the Snow.” Written in late 2019, according to interviews, the song is just one of many powerful entries on an album of music feeding a revolution.

There is something supremely angelic about sister duo Chloe x Halle. Their voices, distinct and pitch-perfect, are made to harmonize. On their sophomore album Ungodly Hour, which they delayed for a week in honor of the Black Lives Matter protests they wanted to devote more attention toward, the young protégés of Beyoncé explore newly mature territory. If their 2018 album, The Kids Are Alright, was about two girls on the cusp of adulthood, still enjoying the sweetness of teendom, then Ungodly Hour has them openly facing what the next phase of life means. Mostly, it’s fun: “Tipsy” and “Busy Boy” are just what their titles suggest. The title track, a love song with a twist, is a collaboration with British duo Disclosure, which adds a wavering, refreshingly complex production to their nimble vocals.

For his June album Bigger Love, Legend delivers warm, syrupy love ballads with twists. “Ooh Laa,” the album opener, riffs on both doo-wop and trap. The result is surprising and rich, a wink of a song that’s still family-friendly and has a little something for every generation. A conscientious musician, he also rounded up a top tier of producers and collaborators. To that end, “Ooh Laa” and everything that follows feels polished and considered. Legend created this project well before this spring’s events; it’s music meant for good times, but it serves just as well as a momentary antidote to painful ones.

Atlanta rapper LaDonnis’ first single since 2018 is “Black Boy,” a direct, unflinching rap track over a raw house base. “Black boy living in joy, Black boy living in pain, Black boy shot/ To be a Black boy is insane, to love a Black boy is insane,” the chorus reflects as the backing drops out. It’s a statement about the moment, and also a departure for LaDonnis from the softer, more melodic songs he often puts out. The unexpected production, peppered with gunshots, trap beats and electro chops, does not let up.

It is hard to believe that Keedron Bryant is only 12 years old. But the young talent, who broke out after a song he shared a cappella on Instagram went viral, has plenty to say. It’s disconcerting—and devastating—to hear Bryant’s sweet, controlled R&B voice sing these lines: “So many thoughts in my head/ Will I live? Or will I end up dead? It’s an unequal sequel/ No matter where I be, there’s no place safe for me.” He recently signed a record deal with Warner, who have promised to donate 100% of the net profits of this track—the produced version of his original a cappella hit—to the NAACP.

Chicago’s Noname has been on a mission of self-education and community awareness; her progressive book club launched last summer. In June, following a season of vocal social media sharing and activity, she also put out a short song—her first in 2020—in an apparent response to a track from J. Cole that obliquely referenced her online activism. But “Song 33,” rapped over a meditative beat, is less about inter-artist disagreement than it is an open letter to the moment. “Why Toyin body don’t embody all the life she wanted? A baby, just 19,” she laments, naming the young activist Oluwatoyin Salau who was recently found dead after she self-reported an assault. “One girl missin’, another one go missin’/ One girl missin’, another,” Noname continues, calling attention to the pattern of lost Black lives. Soon after releasing the song, Noname took to social media to say she wasn’t “proud” of it. “I tried to use it as a moment to draw attention back to the issues I care about but I didn’t have to respond,” she shared on Twitter, noting that she would leave the song up and donate proceeds to mutual aid funds. But her unwillingness to engage in the theatrics of artist clashes is just one more reason to hear what she has to say. When she sings “This is a new vanguard, I’m the new vanguard,” believe her.

Late on Juneteenth, Beyoncé released a one-off single that is a tour-de-force of references: to Black history, to African traditions, to her own family and past. (It’s no mistake that Beyoncé, a Houston native, commemorated a day that has particular meaning to Texans, as Juneteenth recalls the time the last slaves in that state learned they were free.) This is not Beyoncé in pop mode, but Beyoncé in ultimate “Formation” mode: the queen of a generation providing guidance and assembling her listeners with Black solidarity. “We got rhythm, we got pride, we birth kings, we birth tribes,” she sings, and it’s a chin-up reminder. The proceeds from “Black Parade,” her website announced, will also go to support Black-owned small businesses in need.

Punisher, June’s new album from critically-admired indie singer-songwriter Phoebe Bridgers, is tender and unflinching in turns. Bridgers hasn’t reinvented the wheel, but she has taken a clear-eyed look at seemingly mundane experiences and twisted them into tales of aching specificity and universal distress. “Moon Song” almost drags its feet; background warbles make it sound like it’s just Bridgers singing at a campfire, with nature just around the edges. It’s a resigned lullaby to her self. “You couldn’t have stuck your tongue down the throat of somebody who loves you more,” she sings, “so I will wait for the next time you want me, like a dog with a bird at your door.” Knowing that someone is wrong for you doesn’t change desire, of course. The best we can do is describe that particular, acute pain in a way that helps, just a little bit, as “Moon Song” seems to do for Bridgers.

The first song on Bob Dylan’s new album Rough and Rowdy Ways is titled “I Contain Multitudes.” It’s a good primer for what comes next — a meditative, wide-ranging album of blues, rock and folk influences that trace his many decades of musicianship. “Key West (Philosopher Pirate),” coming towards the end of the album, serves as a kind of bookend to that starter: a reflective ramble over some strums, a soft accordion and some hums. (And if anyone wants to call themselves a “philosopher pirate,” Dylan has a better claim than most to the title.) “I was born on the wrong side of the railroad track, like Ginsberg, Corso and Kerouac, like Louis and Jimmy and Buddy and all the rest,” he sing-talks, making no secret of where he belongs. “I got both my feet planted square on the ground / Got my right hand high with the thumb down / Such is life, such is happiness.” At nearly 80, Dylan may not be a wandering troubadour in fact, but he still is in spirit. It’s nice to see some things don’t change.

Nigeria’s Burna Boy brings a joyful Afro-fusion bounce to the month with “Wonderful,” the first single off his upcoming album Twice as Tall. Nominated in 2019 for a Grammy for African Giant, Burna Boy shows here what makes him so popular in his home country and to global audiences: irresistible warmth, intuitive melody and a good beat. As an introduction to a rising star, “Wonderful” is a gentle, endearing place to start: a call-and-response a cappella intro, layered vocals and lean percussion let the focus be on the mood. But beware; after a listen, “Wonderful” becomes stuck, in its unassuming way, right under your skin.

Raleigh Ritchie, the artist name of actor Jacob Anderson (known for playing Grey Worm in Game of Thrones), has announced a “sadboi summer.” If his new album Andy has anything to say about it, then his prediction will come true. His first song from this project, “Time in a Tree,” came out nearly two years ago. “Pressure,” the opener, follows it up with his signature sense of drama, offset by open-book introspection into his highs and lows. Anderson has always been open about dealing with the challenges of anxiety; “Pressure” lays that bare once more. His rich voice, swinging from rapping to singing, adds to the appeal, along with a surprisingly orchestral backing track.

Sometimes you just need a good tear-jerker of a ballad. That’s where the U.K.’s Claudia Valentina comes in this week, sneaking in to close out the month with the bare-bones “Seven.” It’s the 20-year-old artist’s debut track, and it’s more than enough: piano and her sweetly modulated voice are all she needs to make her point here. She made her showbiz debut on the West End at the tender age of ten, but “Seven” isn’t flashy stage material. It’s also not what she’s said is her usual musical lane of proper pop. This is confessional balladry in its purest form, about love gone awry: “I don’t believe in your magic, but I fall for it time and time again,” she complains beautifully. Heartbreak has its charms. 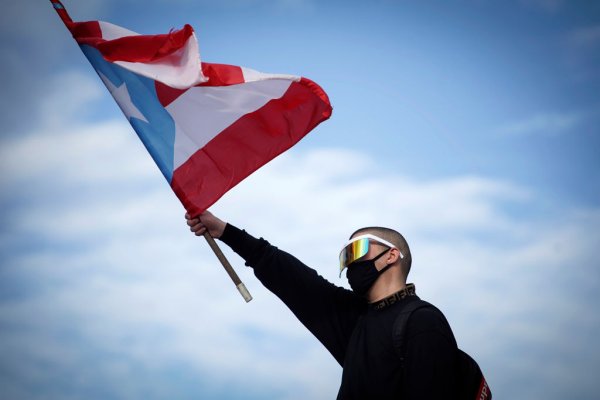 Bad Bunny Speaks Out on Black Lives Matter: 'Living in a World Like This, None of Us Can Breathe'
Next Up: Editor's Pick