Juneteenth commemorates the anniversary of June 19, 1865, the day the Union Army’s Maj. General Gordon Granger rode into Galveston, Texas, and announced the end of slavery, freeing the last enslaved people in the U.S.. Granger reached Galveston two and a half years after President Abraham Lincoln signed the Emancipation Proclamation freeing slaves in the Confederacy — which included Texas — but slavery had continued in Galveston, either because news of the proclamation hadn’t reached the remote city or hadn’t been enforced, Alaina Morgan, assistant professor of history at the University of Southern California, tells TIME.

Since the late 1800s, Black Americans — particularly Black Texans — have commemorated Juneteenth, Morgan explains. The holiday’s popularity spread during the Great Migration and grew around the end of the 20th century after Texas declared the day a state holiday in 1980, she continues.

Despite Juneteenth’s long history, many white Americans are only just now learning of the holiday, as protests over the killing of George Floyd spread around the world and ignited conversations about race and systemic inequality.

“[This year] really hyper local celebrations are breaking out into the mainstream,” Morgan tells TIME. “People are organizing much larger celebrations that engage the entire community and have some kind of educational component behind them.”

Many regularly scheduled Juneteenth events have been forced to go online due to the ongoing coronavirus pandemic. The usual street party outside the Rosa Parks Museum in Montgomery, Ala., for example, will instead be held online, per local news channel WSFA 12.

But many in-person events are still being held in cities across America. In New York City, thousands of people have taken to the streets to demand accountability for police brutality and institutionalized racism.

Protests also took place in California’s Bay Area, as well as in Washington D.C. and Atlanta.

Students in some states also organized rallies on college and high school campuses.

Prominent politicians also posted in support of the holiday, including former Vice President and current Democratic presidential candidate Joe Biden. “We can’t rest until the promise of this nation is fulfilled,” he tweeted.

Some celebrities also commemorated Juneteenth on social media, including actor Idris Elba. Taylor Swift also announced that she was making Juneteenth a holiday for her staff.

President Donald Trump originally scheduled a campaign rally in Tulsa, Oka., on Friday, just blocks from the site of Tulsa’s 1921 Race Massacre. Trump later moved the rally to Saturday “out of respect” for Juneteenth. Since the backlash to Trump’s initial rally announcement, attention to the holiday has only grown.

Many large U.S. companies are recognizing Juneteenth as a paid holiday for their employees, including Best Buy, Lyft, Nike and Target. Other companies — such as Ford Motor and General Motors — are encouraging employees to honor moments of silence. (TIME is observing Juneteenth as a company holiday.)

Morgan tells TIME that she hopes state and local governments will continue to take steps to help educate people about the meaning of Juneteenth going forward. 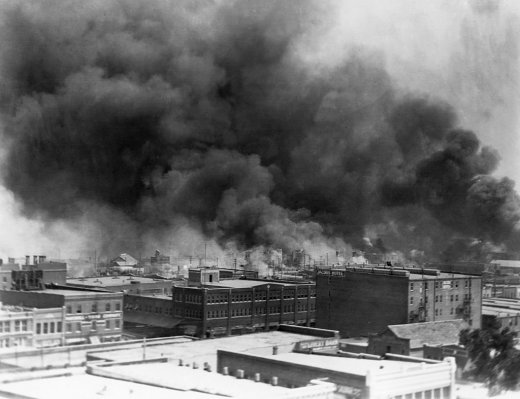 As Trump Comes to Tulsa, Teachers Grapple With How to Talk to Students About the City's 1921 Race Massacre
Next Up: Editor's Pick