In the past four years, a lot has changed for South Korean star Min Yoon-gi, known to millions of fans as the idol Suga of K-pop group BTS, and to followers of his rap career as the artist Agust D. In 2016, BTS were making progress towards superstardom, an upstart septet in the K-pop universe who were just beginning to release the record-breaking projects they’re now known for. That was also the year Min released his first solo mixtape, Agust D, a surprisingly raw and honest set of tracks that saw him facing down demons of mental health and embracing his rap bravado over raw hip-hop beats.

Four years later, he’s at it again—this time surprise-releasing his second solo mixtape, D-2, on May 22 after a week of cryptic teasers shared over social media. It’s a strange time around the world, and the K-pop industry and performers worldwide are not excluded; right now, BTS should have been in the middle of a victory-lap world tour, reaping the rewards of the February release of Map of the Soul: 7. (This weekend would have marked their performances at New Jersey’s MetLife Stadium.) Instead, Suga and his six groupmates are all stuck in one place, like many of us—for perhaps the longest consistent stretch of their careers yet.

TIME connected with Suga ahead of the release of D-2 to discuss the complex themes and inspirations of his new work, from the reflective lyrics of “Moonlight” to the critical eye of RM-assisted “Strange.” His answers, translated into English here, offer a glimpse of an artist who has always been keenly aware of his presence on the public stage and reticent to over-explain himself, instead letting the work talk for him. “What’s good is good,” the motto he expressed to TIME, is an ethos that has often driven his persona: a humble, easy-going star—with plenty to say if you take the time to listen closely.

He’s not the only BTS member to release a solo project: RM and J-Hope have also shared their independent statements. But he is the only one who adopts an alter ego when he goes it alone. “I can show a more raw side to myself,” he explains of his Agust D persona. And of his goal: “It’s more that I made the music I wanted to make, rather than fixating on attempting something new.” Even before the D-2 release, fans made sure his project was trending on social media. That’s the story of BTS, and Agust D—low-key as he is—is inevitably swept up in it.

TIME: You’ve now spent seven years as part of BTS, and your last solo mixtape came out back in 2016. Time, change, and growth are on your mind in this mixtape, particularly in the first track “Moonlight.” As you reflect over the past few years, what’s changed to you?

MIN: My life is the same. My ways of work and day-to-day patterns haven’t changed much. Perhaps my position within the music industry? From a musician’s perspective, a change could be that I’ve had pretty decent outcome with BTS albums or with other external works. Personally, I have become more mature compared to 2016.

Songs like “Daechwita” include Korean traditions both in lyrics and in musical form, using pansori storytelling and Kkwaenggwari percussion. Why is it important to you to continue to include Korean musical influences in your music?

The theme “Daechwita” was already on my mind when I first started working on this track, so I sampled the sound of a real “Daechwita.” The first thought I had was that I wanted to sample the music that is played during the ceremonial walk of the King, so naturally, Korean elements ended up being an essential component to the track as well as the music video.

You’ve collaborated with a wide range of artists this year, appearing on Halsey’s album, putting out a new single with IU, and now bringing in voices like MAX, NiiHWa, Kim Jong-wan and RM for your own project. What makes a collaboration work successfully for you?

I’m grateful that everybody had good things to say about my music, especially Kim Jong-wan of NELL who told me he enjoyed listening to my first mixtape from 2016. My work philosophy is “what’s good is good,” so I think I’m pretty good at leveling with each individual’s standards.

What’s the difference between Agust D the solo rapper and Suga the BTS member? What remains the same?

The difference is that there is a lot more that I can openly express and that I can show a more raw side to myself [with Agust D]. What’s similar is that both sing of dreams and hope.

On “Strange,” you express concerns about certain aspects of society, and the loneliness that can come from having a different opinion. Do you think it’s important for public figures like you to challenge norms and raise questions about how we live?

I just throw the question mark; it’s up to each individual to decide. In my personal opinion, it’s often better for those who have such influence on others to be wary of loudly voicing their biased views.

Trap, hip-hop, rock, pop and R&B all appear on this mixtape, often in the same songs. This mixing of styles is a signature of BTS, and was present on your first mixtape as well. It’s also become normal across the global pop landscape. As a producer, how have you tried to innovate or try something new on this mixtape?

It’s more that I made the music I wanted to make, rather than fixating on attempting something new. I’m not too picky on genre or crossovers between them. What’s good is good, and it’s up to the listeners to judge. I just do what I want to do.

Is there anything else you’d like listeners to know about this project, your experience creating it, and how you’re managing with the unexpected changes of this spring?

It’s good to know that it’s fine when things go in an unintended direction, because you can always start over again. Keep calm, take the next-best option and move forward. 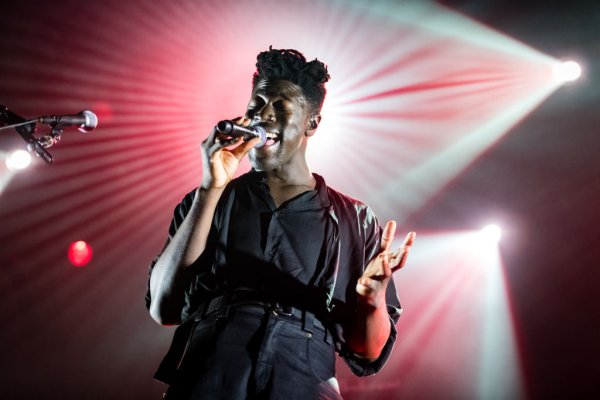