Central Park Is a Sweet, Rude Love Letter to Public Spaces From the Team Behind Bob's Burgers

In the age of quarantine, urban parks are magnets for controversy. Which park activities constitute appropriate social-distancing behavior? Should they be open at all? If you’ve never lived in a densely populated city, the intensity of these debates might be baffling. But public parks are the pressure valves of any major metropolis—and never more so than when the bars are closed. They make cheek-by-jowl living bearable. Whether you enter the park for a birthday barbecue or just to read a book in the midday sun, you leave feeling like part of a community.

That sense of civic pride suffuses Central Park, a delightful animated comedy created by Bob’s Burgers team Loren Bouchard and Nora Smith with Josh Gad (Frozen, Avenue 5) that debuts May 29 on Apple TV+. Like in Burgers, a family of lovable oddballs does the thankless work that gives their lives meaning. A sweet nerd in head-to-toe khaki, Owen Tillerman (voiced by Leslie Odom Jr.) manages the titular New York landmark, where the family also lives in a scruffy castle. His wife Paige (Kathryn Hahn) writes for the city’s “most-left-on-the-subway paper” and longs to move on from fluff pieces to hard news. Their children nurse their own obsessions: comic artist Molly (Kristen Bell) with a certain boy, and her brother Cole (Tituss Burgess) with animals.

Central Park is also a musical, cast with Broadway and Disney veterans and studded with original show tunes that juxtapose heartfelt emotion and bathroom humor. One Hamilton-esque rap turns Cole’s promise to Owen about a dog he wants to adopt—“When he poops, I’ll pick it up”—into a call-and-response line. Gad’s busker character is the Greek chorus, opening the series with a lively tribute to the park itself, “an equalizer” where “all rats go to heaven.”

There’s nothing preachy about the show, which is just as raunchy as Burgers. But even before we meet the Tillermans’ antagonist Bitsy Brandenham—a real estate tycoon who lives in a penthouse atop a hotel she owns and is given voice, hilariously, by Stanley Tucci—its egalitarian politics are hard to miss. A park where homeless people sleep on benches surrounded by multimillion-dollar dwellings can’t help but look like a metaphor. So who better to defend the democratic soul of that public space than a dorky, multiracial middle-class family for whom it is a haven? 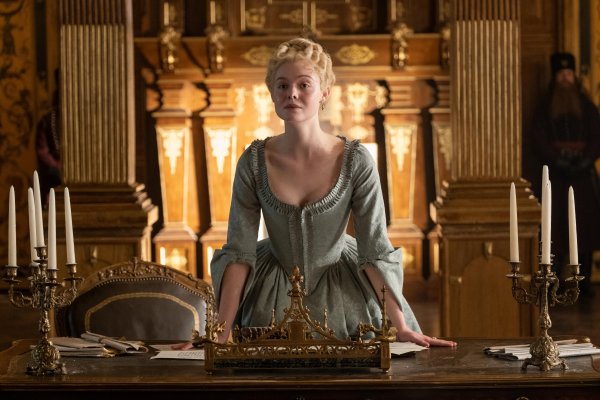 The True Story Behind 'The Great' on Hulu
Next Up: Editor's Pick