The Parks and Recreation Reunion Was a Sweet, Slight Dispatch From an Alternate Universe

The cast of 'Parks and Recreation' in the show's 7th season.
NBCU Photo Bank/NBCUniversal via—2014 NBCUniversal Media, LLC
By Judy Berman

Parks and Recreation has only been off the air for five years, but what a five years it has been. When the NBC sitcom about a tireless, obsessive, irrepressibly kind public servant—Amy Poehler‘s Leslie Knope—and her beloved colleagues aired its finale, on February 24, 2015, America had a very different collective self-image. A global network of Ebola fighters had just won a tough, worrisome but nonetheless decisive battle against that deadly virus. After a devastating summer of police violence, the rise of the Black Lives Matter movement at least seemed poised to effect positive change. As pop culture was making unprecedented strides in trans representation, an unstoppable queer rights movement was about to make same-sex marriage legal in all 50 states. Our first black President still had two years left in his second term, and Donald Trump was four months away from officially kicking off his campaign. The idea that the best way to represent a red state like Indiana—home to Parks‘ fictional city of Pawnee and the titular department Leslie helps run—was as a hub of cheerful, multicultural, bipartisan progress didn’t seem that farfetched.

But by April 30, 2020, as the show returned to NBC for a one-off reunion special to benefit Feeding America, the national mood had—to put it extremely mildly—shifted. In contrast to post-racial Pawnee, we’ve had to contend with a fresh wave of white nationalism and xenophobia; “kids in cages” is not a phrase I can imagine coming out of the mouth of anyone in that city’s government. #MeToo has all but squashed the notion that a woman could rise to a position of power without encountering some form of sexual misconduct. (That reckoning eventually came for both series regular Aziz Ansari and—to a far greater, more disappointing extent—frequent guest star Louis C.K. “I don’t remember when I heard the rumors about him,” co-creator Mike Schur said at the time. “But I’m sure it was before the last time he was on Parks and Rec. And that sucks. And I’m sorry.”) And a country where Leslie Knope works in the Department of the Interior, a position to which she ascended in the finale, is not a country that could be blindsided by the novel coronavirus. Her gentle, scrupulously informed competence can’t exist in the same universe where entire news cycles are devoted to parsing whether the President suggested drinking bleach.

And so the reunion takes place not in the real Indiana or America but in a sort of utopian alternate Indiana, USA—one that has also somehow fallen prey to the COVID-19 pandemic. Scripted by Schur with a handful of the show’s original writers and filmed via smartphone from each social-distancing star’s home, the half-hour episode is a collage of video chats and local news programs. Leslie has, of course, instituted a daily “7 PM phone tree” to make sure all of her former co-workers, spread out across the country though they may be, are mentally as well as physically healthy. Her loving husband Ben Wyatt (Adam Scott) is now a Congressman but still possesses the manic nerd energy to imagine Cones of Dunshire spinoffs.

Meanwhile, Ron Swanson (Nick Offerman), logging on from his/Offerman’s wood shop, boasts that “I’ve been practicing social distancing since I was four years old.” Treat Yo’ Self pals Tom (Ansari) and Donna (Retta) are indulging in tropical Zoom—sorry, Gryzzl—backgrounds; Tom has been brainstorming such quarantine-themed inventions as “a clock with dials that just move randomly.” April (Aubrey Plaza with a bikini top draped over her head) and Andy (Chris Pratt), wild imaginations intact, are thriving in isolation. Because Ann (Rashida Jones) has gone back to work as a nurse, she and Chris (Rob Lowe) are quarantining in separate areas of their home. No one wants to be the one to check in on office scapegoat Garry “Jerry” Gergich (eternal good sport Jim O’Heir), whose ineptitude with technology does not disappoint.

Leslie and Ben’s appearances on local news programs, to dispense bleach-free advice on best coronavirus practices, offer an excuse to bring back some other familiar faces—not just demented talk-show host Joan Callamezzo (Mo Collins) and awkward anchor Perd Hapley (Jay Jackson), but also beloved guest stars like Jon Glaser as devious dentist Jeremy Jamm and Jason Mantzoukas’ ridiculous fragrance magnate Dennis Feinstein. With apologies to Sweetums heir Bobby Newport (Paul Rudd), who opens the episode from his family’s “private fox-hunting estate” in Switzerland, and the captive Tammy 2 (Megan Mullally, taking full advantage of the fact that she and Offerman are actually married and sheltering together), the best of these surprises is a commercial from Ben Schwartz’s Jean-Ralphio. Coiffed and scarfed to the nines, all he has to advertise is his own his phone number. “I have been banned from Cameo,” he explains, in song, “for doing my videos naked.”

Is anyone in the special actually sick with COVID-19 or mourning loved ones who’ve died of it? Of course not. Jerry’s Season 5 “fart attack” notwithstanding, Pawnee is not a place of illness and death. Its only fallen hero is miniature horse Li’l Sebastian—and you’d better believe the Parks Dept. alums are still broken up enough about that loss to close out their group chat with a rousing rendition of Andy’s tribute song, “5,000 Candles in the Wind.” In the end, despite the social distancing that the reunion had no choice but to depict, Parks is exactly as we left it five years ago: light, funny, comforting but willfully naive, and ultimately more appealing for its cast and the chemistry they’ve somehow retained than it is convincing in its worldview.

Even in its heyday, Parks and Recreation was pegged by some critics as a “liberal fantasy” and faced criticism for its “childish optimism“—both fair assessments, as far as I’m concerned. Most of us probably decided long ago how we feel about the show’s limited range of emotions, its inability to imagine a harder, crueler reality. (Wouldn’t a real-life Ron Swanson, staunch libertarian that he is, be grumbling about the overreaches of a hysterical “nanny state” these days?) Watching the reunion special, I found I could still enjoy its bighearted comedy, albeit less as optimistic realism and more as utopian science fiction. 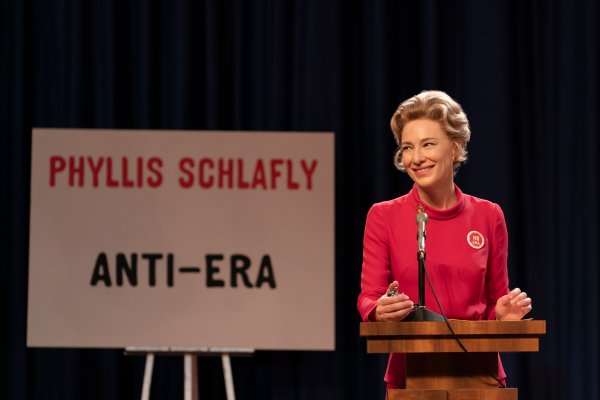