It’s hard to believe now that there was ever a time when Ruth Bader Ginsburg was not known for her dissents. But for a stretch of 1996, the second woman appointed to the Supreme Court could imagine a triumphant future building on her work as visionary advocate in the 1970s—not just for women’s liberation, as she often said, but for women’s and men’s liberation.

The prestigious Virginia Military Institute (VMI) still barred women, but when the case went to the Supreme Court, Ginsburg argued that everyone was harmed, and all stood to benefit. “If women are to be leaders in life and in the military, then men have got to become accustomed to taking commands from women,” she said at oral argument, “and men will not become accustomed if women are not let in.” Back in her ACLU days, on a quest to prove that gender discrimination violated the Constitution, she had represented not only women who broke glass ceilings but also men who were caregivers, each limited by the law as it stood. She had rarely convinced Justice William- Rehnquist. In 1996, though, the conservative Justice joined a 7-1 decision requiring that women be admitted to VMI, helping Justice Ginsburg finish what attorney Ginsburg had started and establishing a major precedent.

The paradox of Ginsburg—reserved institutionalist arguing for radical constitutional change—seemed to resolve itself in the VMI victory. But as politics left her outnumbered on much that mattered to her, the Justice stiffened the resolve she had from the days she was blocked for being, as she put it, a “woman, a Jew and a mother.” By age 80, in 2013, her righteous dissents would earn her fans around the world.

Today, Ginsburg is surprisingly optimistic. Her work has been at the pinnacle of the law, but she recognizes that, as she puts it, “change comes from a groundswell of ordinary people … And men have to be part of the effort.” —Irin Carmon

Carmon is the co-author of Notorious RBG: The Life and Times of Ruth Bader Ginsburg 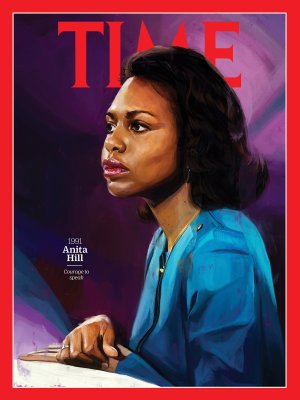