The decades after the Second World War were a chastening time for the U.K. The once mighty British Empire lost most of its colonies, and despite steadily rising living standards, the British economy was no longer the global steam engine it had once been.

So in 1982, when Prime Minister Margaret Thatcher led a successful military campaign to defend one of the last of Britain’s overseas outposts, the Falkland Islands, from an Argentine attack, it stirred a swell of patriotism, reigniting the wartime spirit, especially for her Conservative Party’s elderly voters. The following year those voters rewarded Thatcher with a massive parliamentary majority, which she used to unleash a free-market revolution. She slashed the size of the British state, deregulated the economy, sold off dozens of state-owned industries and cut taxes with the proceeds. Many became rich as a result of her reforms, but inequality increased substantially too.

The rift she created in British society still cuts deep. But nobody disputes her position as one of Britain’s most influential Prime Ministers of the 20th century. —Billy Perrigo

Thatcher aboard H.M.S. Hermes after its return from the Falklands War in 1982.
Ted Blackbrow—Associated Newspapers 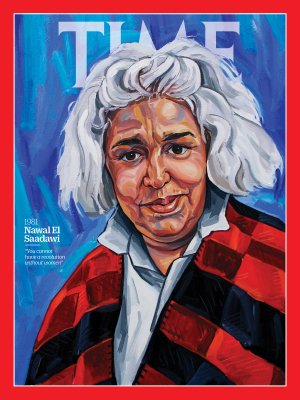