Forty years before an American woman attempted to soften up her public image in a bid for the nation’s top post, Margaret Thatcher went on a “folksy BBC disc-jockey show” in a 1975 effort to dispel her reputation as a “cold, aloof politician,” per TIME.

Britain’s Iron Lady, born on this day, Oct. 13, 90 years ago, was then “the most unpopular woman in England,” by the London Sun’s assessment. And as with America’s pantsuited powerhouse, being a woman was less of a liability for Thatcher than being a certain kind of woman, with a personality often described as “alpha” in the male sex but “abrasive” in the female. In the run-up to Thatcher’s 1979 election as Britain’s first—and as yet only—female prime minister, TIME documented the many criticisms lobbed her way: most notably that she was too frosty, and that she wore too much tweed. As TIME put it in 1975:

A similar sentiment was phrased in a more complimentary way by TIME’s London bureau chief, Bonnie Angelo, who said, “Thatcher is not like any candidate I’ve ever seen. She is Barry Goldwater played by Pat Nixon—a tough, uncompromising politician in a meticulously ladylike package.”

Of course, being the wrong sort of woman didn’t stop Thatcher from serving three terms as prime minister. But then British voters seemed more comfortable electing women than did their American counterparts. A year before Thatcher took office at 10 Downing St., TIME noted, in a report on American female politicians, that “blacks have made more political progress than have women in the past decade.” The story went on:

In the end, Thatcher’s abrasiveness turned out not to be the problem her critics had feared. Some were shocked to discover that, when the situation called for it, she could even play nice. TIME illustrated one example of Thatcher on her good behavior: her first day at work in 1979.

“Belying her reputation as a combative iron lady, the new Prime Minister was relaxed and gracious at her maiden appearance before the House of Commons,” TIME observed—and she only took passing aim at old-boyism. “Taking her seat on the government front bench under the speaker’s rostrum, she gently chided a Tory colleague for his reference to the ‘new boys’ in the House.”

Read more about Thatcher’s rise to power, here in the TIME archives: Maggie Gets A for Action 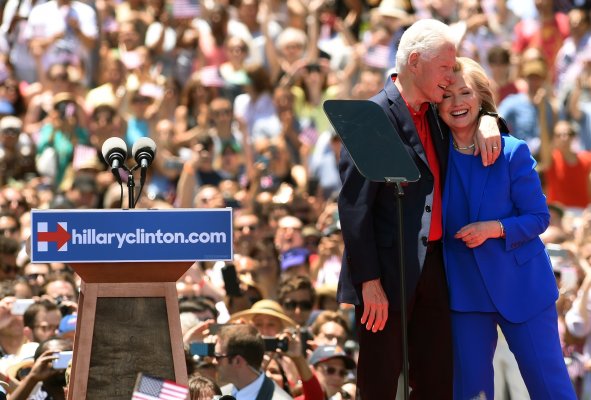 What Hillary Can Learn From Bill for the Democratic Debate
Next Up: Editor's Pick