R&B may be the secular child of gospel music, but in Aretha Franklin’s voice the two styles entwined in heavenly perfection: every note she sang felt sacred and sublime. Franklin, born in 1942, began singing gospel as a child in her father’s Detroit church and, at 18, signed with Columbia Records. But it was her move to Atlantic Records, in 1967, that ignited her career.

Franklin released three albums in 1968: Lady Soul, appearing in January, included “Chain of Fools,” a dis aimed at an ex-lover that could also be read as an excoriation of people who would follow blindly rather than lead. Summer saw the release of Aretha Now; on that album’s “Think,” Franklin turned the words “Freedom, oh freedom!” into a defiant chant, an insistence on forward movement at all costs. That song—that whole album—was a salve for a torn nation: between the release of Lady Soul and Aretha Now, the assassination of Martin Luther King Jr. opened up a wound in the country that has never fully healed. Franklin capped off the year with a live album, and her career continued to climb. But 1968 was when we needed her most. She more than delivered. —Stephanie Zacharek 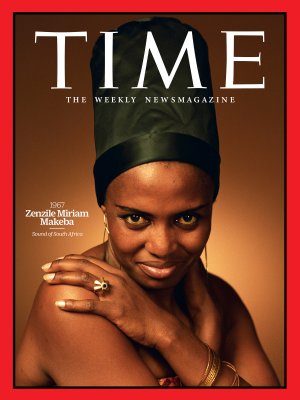