In 1999, historian Blanche Wiesen Cook wrote a book about the woman she called “the most loved, most controversial, most hated, and most effective First Lady in U.S. history.” The book was the second volume of her three-part biography of Eleanor Roosevelt, and now, on the final volume’s publication, she still believes Roosevelt has held onto those superlatives.

But now more than ever, she concedes, Hillary Clinton is giving Roosevelt a run for her money.

“I think that Eleanor Roosevelt would recognize Hillary’s travails, her trials and tribulations,” Cook told TIME before the Tuesday publication of Eleanor Roosevelt, Volume 3: The War Years and After, 1939-1962.

The connections between the two women can be striking. Like Clinton, Roosevelt’s political origins involved missions to help women and children; she tried to improve living conditions for slum dwellers in New York City at the beginning of the 20th century. She spent much of her life arguing for human rights, especially for women. She was disliked from afar by those who were uncomfortable with powerful women, but adored by many—especially those she met and listened to in person. “She would go into communities all over the world, and never told anybody, ‘This is what you should do,’” says Cook. “She always said, ‘Tell me: What do you want? What do you need?’”

After she learned of her husband’s infidelity, their marriage underwent a shift to become more a partnership of equals than a romantic union. “I think political [wives] just have to deal with [cheating],” Cook says. “And they do. But I think it strengthens them.”

She was chastised for charging $3,000 for public speeches, though she gave much of her income to charity. She was monitored by the FBI for decades, accruing a long file that Cook calls a “disgusting” document, noting that FBI director J. Edgar Hoover referred to Roosevelt as “the old cow” and was suspicious of her efforts to improve the lives of African Americans. “The vast majority of the file is about race—anything she says against lynching, segregation, that’s in the file,” Cook says.

But Cook—who does a mean Roosevelt impression and was wearing a peace sign button on one lapel and a Hillary Clinton/Elizabeth Warren button on the other when she met with TIME—suggests that Roosevelt’s legacy is more liberal than Clinton’s will be.

“When we think about the astonishing horror of this moment [in 2016], in terms of the school-to-prison pipeline, in terms of the prison-industrial complex, Eleanor Roosevelt would be horrified,” says Cook, who is also a Distinguished Professor of History and Women’s Studies at John Jay College of Criminal Justice. “The crime bill of 1994—how did that ever get contemplated by a Democrat? It has resulted in the new Jim Crow.”

And, while Roosevelt understood the need for the U.S. to engage in WWII, she hoped civilizations would spend more time planning for future peace. She was troubled by her husband’s official stance on refugees for much of World War II, and quietly worked behind the scenes to get more migrants into the U.S. Roosevelt also called for free education through college in 1943, for example, and also argued that lower student/teacher ratios would lead to full employment. “Do we need her now?” Cook asks. “Yes we do!”

So what does it take for a First Lady to move become a powerful figure in history, still relevant decades later, rather than a mere supporting player? In Roosevelt’s case, Cook says, the reason she remains so influential and beloved today is that her goals and techniques evolved over time.

“She never stopped growing and changing, so that she confronts everything as it unfolds wherever she goes. And she really speaks from the heart,” Cook says. “She really sees who she’s talking to and wants to see what’s happening and make it better.” 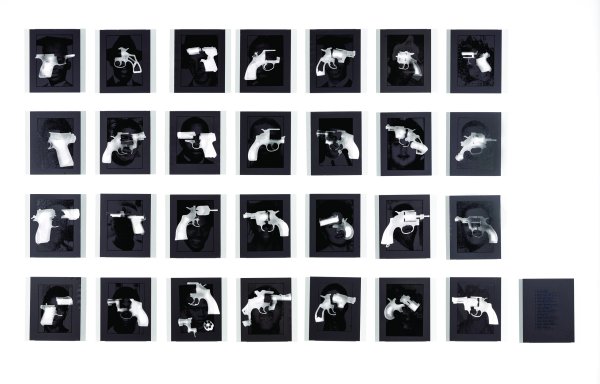 Gun Violence Is a Public-Health Crisis
Next Up: Editor's Pick